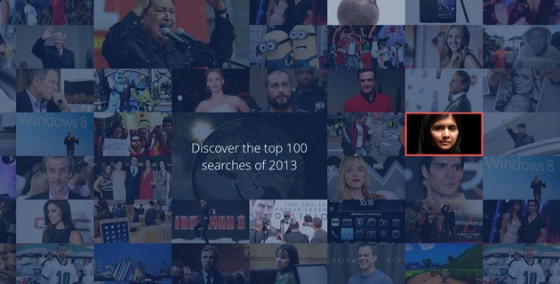 Google and Bing are battling for users, which means they are competing not just with innovations, but also with commercials. Both companies have unveiled new commercials leading up to the New Year, looking back at 2013. They’re both exceptional.

and Microsoft’s Bing answered with a Celebration of the Heroic Women of 2013:

The Google ad is just the latest in an amazing ongoing series which looks at the most searched topics of the year :