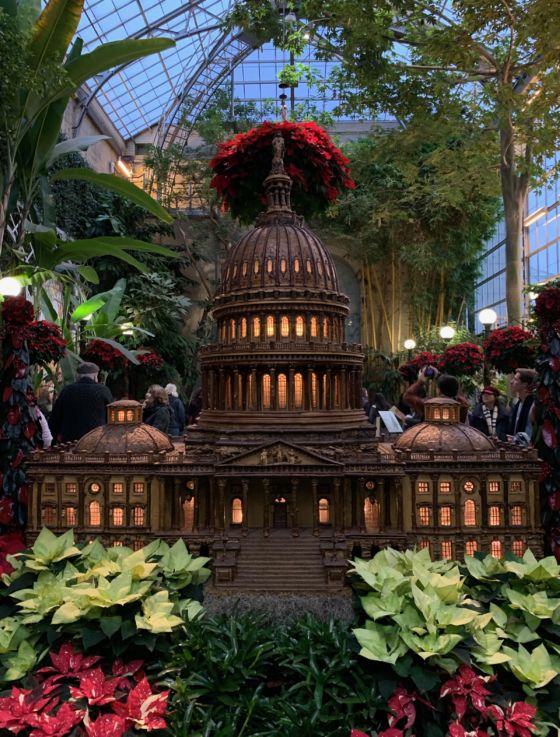 Throughout the holiday season in Washington, DC, there is a unique spectacle open to the public for free at the United States Botanic Gardens, adjacent to the Capitol Building. We visited this festive display for the first time this year, and have captured some photographs to share with you. 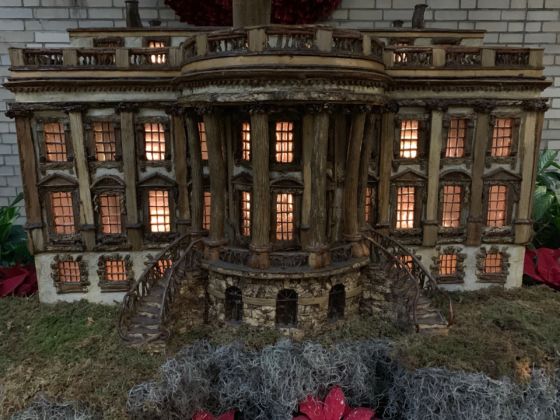 Thousands of blooms will be on display throughout the Conservatory, including a showcase of heirloom and newly developed poinsettia varieties. Our collection of D.C. landmarks made from plant materials will return to fill the Garden Court, this year including a botanical version of Washington, D.C.’s Union Station.

This year, take a train ride across America as our annual holiday show Season’s Greenings showcases train stations! Plant-based recreations of iconic train stations from across the United States will be represented in the train room. Explore classic stations like New York City’s Grand Central Terminal, St. Louis’ Union Station, and many more.

Despite Trump’s shutdown of the government, the US Botanic Garden is open free to the public with this display until January 1st.