The Not-So-Secret Meanings Behind 15 Abbreviations

WTF? Well, LOL to that! I need some TLC on this TGIF… Okay, I’ll stop. The point is abbreviations have carved a nice little niche in our everyday lives and they aren’t going anywhere any time soon. Take a look around: electronics, newspapers, computers… they pop up all over the place. But the real question is, what do they all mean? Yeah, we know NASA and SCUBA, but what about NASDAQ and BMW? Or ASCII and 3M? Well wonder no more because the following list of fifteen commonly used abbreviations will set you straight. 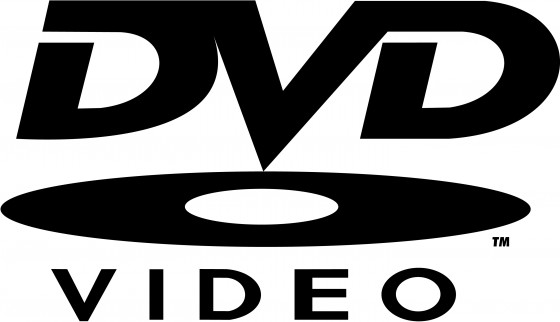 Okay, so a few of these are a bit more well-known than others, but it never hurts to have a refresher course, right? Not too many people these days go around talking about LPs and EPs, which are both terms referring to record albums. Ya know, those big black disks your parents used to gingerly place on the turntable (or, record player) so you could uncomfortably watch them shimmy weirdly to 'Big Band' tunes? Anyway, LP stands for 'Long Play' and was introduced in 1948. It primarily refers to how records were made and the width of their grooves... ya know, where the needle reads to music. Not the 'grooves' thereon. Get it? Okay, so EP means 'Extended Play' and is used to define a record that's longer than a a single but shorter than an LP. Makes sense. Moving on.

In the late '80s and early '90s, after cassettes had apparently run their course and VHS tapes had warped beyond all discernible recognition, music moved to the 74-minute CD (Compact Disc) and movies moved to the similar DVD (Digital Video or Versatile Disc). Okay, it wasn't that simple, but that's what each stands for. Follow the links for their lengthy stories.

AIG stands for American International Group, Inc. and is an American multinational insurance corporation located in New York City. Sadly, or ironically I guess, the company has fallen into some hard times over the past few years thanks in large part to... well, let's just say 'Government Fuck Ups' and leave it at that. 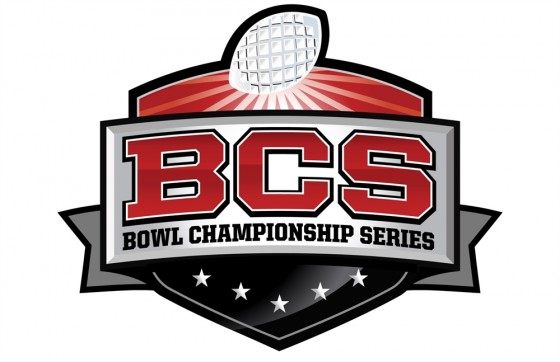 For those of us who are fans of college football, the abbreviation BCS gets top billing during the season. But what does it actually mean? Bizarrely enough, I asked a few people I know who watch a lot of college ball and very few knew the whole meaning! And no, they weren't children or people over 80. BCS means Bowl Championship Series and is the group that, via polls and computer info, decides which teams appear in which Bowls. It's unfair and ridiculously biased, but what are you gonna do.

Ah, BMW... status symbol and penis-size excuses since 1917. But what does that name mean? I've heard British Motor Works, I've heard Berlin Motor Works... I've heard Big Momma's Wheels... no I haven't, but that is a great name. Anyway, what it actually stands for is Bayerische Motoren Werke, or, if you prefer English: Bavarian Motor Works. Anyway you slice it, it means quality, beauty, and just plain ass-kickery in the name of vehicles.

If you're at home watching a cop show, ya know like CSI or NCIS (abbreviations in their own rights: Crime Scene Investigation and Naval Crime Investigative Service) then you've no doubt heard the terms NSA, CIA and FBI. Granted, at least two of these are pretty well-known, but let's refresh, shall we:

FBI (Federal Bureau Investigation) - A governmental agency belonging to the United States Department of Justice that serves as both a federal criminal investigative body and an internal intelligence agency (counterintelligence). Also, it is the government agency responsible for investigating crimes on Indian Reservations in the United States under the Major Crimes Act. The branch has investigative jurisdiction over violations of more than 200 categories of federal crime. 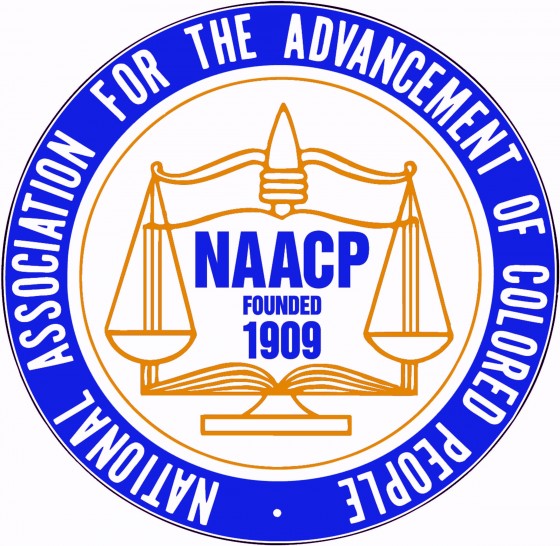 Believe it or not, this particular group has been around since 1909. Sadly, it still often proves moot when those who choose to spit in the face of civil rights rear their ugly heads. It stands for National Association for the Advancement of Colored People with its main goal being "to ensure the political, educational, social, and economic equality of rights of all persons and to eliminate racial hatred and racial discrimination". It's a good thing and it's an integral part of our society. And in a way, that's kinda sad because until we all realize that 'humans' are 'humans'... well...

Did you know that 'ZIP' in Zip Code is actually an abbreviation? Or, to be more specific, it's an acronym. That is to say, an abbreviation that makes an actual, pronounceable word. Well it is, smarty. What it means is Zone Improvement Plan and it "was chosen to suggest that the mail travels more efficiently, and therefore more quickly, when senders use the code in the postal address." And I guess at one point it did. Now, however, it's pretty meaningless since 'snail mail' is quickly becoming extinct.

Thank goodness we, as Americans, have certain basic civil liberties. Fortunately not just Life, Liberty, and The Pursuit of Happiness, either. And we needed a group right around 1920 to be formed that would "defend and preserve the individual rights and liberties guaranteed to every person in this country by the Constitution and laws of the United States." Because, once again quite sadly, people tend to be taken advantage of by unscrupulous folks and we all need a group that's got our back... ya know? Oh, and it stands for the American Civil Liberties Union. 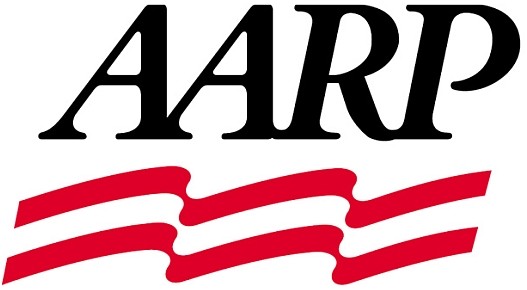 If you've ever seen the stack of mail at either your parents' (depending how old they are) or grandparents' house, you've no doubt seen something from the AARP. Or if you happen to catch yourself watching The Price is Right, then you've likely seen ads for it, too. But what does it mean? Well it stands for American Association of Retired Persons and it was formed in 1958 in order to supply and support all of those over a certain age who might need assistance. Old people, dontcha know.

Watch the news once and you're going to see the term NASDAQ. But I can almost guarantee -- unless you're a day trader -- very few people have any idea what it actually means. Sure, we've all been told it's part of the stock exchange, and the second largest right behind the New York Stock Exchange in terms of size and usage, but that doesn't tell us what it means. But this will: "National Association of Securities Dealers Automated Quotations". It began trading in 1971 as the world's first electronic exchange. Pretty cool, right? Meh... maybe not. But at least you know what it means now.

Take a look at some of your appliances around the house... ya know, like cell phones, TV's and the like. There's a pretty decent chance one of them sports the logo LG that looks suspiciously like a goofy clown face. So, any idea what LG means, because I can practically guarantee that you're wrong. Trust me, it doesn't mean 'Life's Good', either. What it does mean is 'Lucky-Goldstar'. Yeah, that's right, the same Goldstar that used to make laughably cheap products that would literally fall apart right on the store shelves. I used to have a Goldstar alarm clock and trust me, after a few good whacks at 3am when the alarm inexplicably went off, it was DOA. Anyway, to get the full background, click on the link. It's pretty interesting. Also, Lucky doesn't mean what you think it does. Seriously.

Now here's a company that's been around a good long time. We all know it as a phone company which has, lately, jumped head-long into the new era offering cell service and high-speed internet, as well as TV. Oddly, the company began as Southwestern Bell Corporation, and then split itself forming AT&T (American Telephone and Telegrah) and the aforementioned SBC Global. Eventually they re-merged through various means and once again fall under the AT&T name and its familiar stylized globe logo. It, too, is a pretty interesting story.

If you are something of a computer nerd, you likely know what each of these techno-terms mean. But just in case you aren't, let's go over them, shall we?

ASCII - Pronounced Ass-Ski, it means: American Standard Code for Information Interchange and the codes represent text in computers, communications equipment, and other devices that use text.

HTTP - Hypertext Transfer Protocol is an application protocol for distributed, collaborative, hypermedia information systems. HTTP is the foundation of data communication for the World Wide Web.

DOS - Disk Operating System is an acronym for several closely related operating systems that dominated the IBM PC compatible market between 1981 and 1995, or until about 2000 if one includes the partially DOS-based Microsoft Windows versions 95, 98, and Millennium Edition.

Here's a weird one. Its ads make damn sure you understand that they don't actually make any of the products we use daily, but they do make them better. Okay... that doesn't really help us much here. What does the cryptic 3M actually stand for? Weirdly, it stands for the Minnesota Mining and Manufacturing Company Yep. Not really what you were expecting, was it? As much as I'd love to go into detail about exactly what it is they manufacture and do... I won't. It's a TON of stuff. So click the above link and do some work yourself, ya lazy bastards!

And finally we have NSF. It's a bit of an ambiguous abbreviation since there are quite a few things that use the NSF heading. But there are primarily two that we'll concern ourselves with here. One you might have seen if you've ever bounced a check to Liquor Land when you just had to have that fifth of Old Crow. In this case, it means Non-Sufficient Funds. The other, which is a bit more universally important, usually shows up on food products used in the service industry and is shown as a blue circle with a blue 'NSF' inside. In this case it means the National Sanitation Foundation and it deals with public health safety and regulations. Okay, I'll stipulate that it's also the National Science Foundation. Find more info right here: NSF.