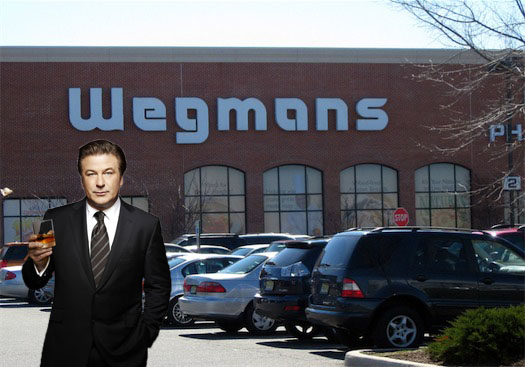 Is there anything Alec Baldwin can’t do? Besides have a civil conversation with ex-wife Kim Basinger, I can’t think of anything. He’s a classically trained thespian and one helluva funny dude on NBC’s 30 Rock. Sure, he’s a bit too political for my liking, but I don’t give a shit about politics anyway, so I could care less about his opining on the issues. Especially when he joins forces with supermarket chain Wegmans for a series of holiday commercials. Like this one, in which he fingers a pie.