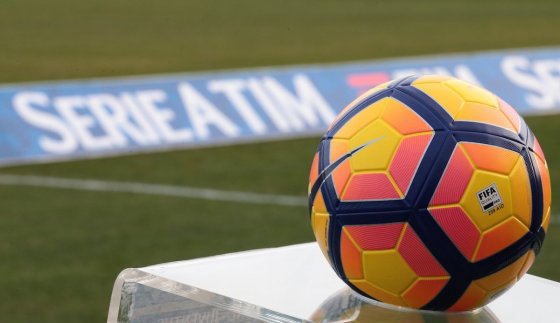 After a summer of football that most Italians frankly won’t care about, all attention will now be focused on the upcoming Serie A season. With an exciting conclusion to 17/18 that sort of made up for lack of representation at the World Cup, 2019 could be the season where Serie A opens up a little bit more and sees an end to the 7-season dominance by the boys from Turin.

Naturally, Juventus picked up their 7th consecutive and 34th overall Italian top flight title last season, although they came close to letting Napoli take the title, with a close 1-0 win at the very end of the season enough to create a 4 point gap between the two teams. Juventus came pretty close to screwing up after such a great season, but Kudos also needs to be given to Napoli who themselves finished 14 points ahead of Roma and really gave Juventus some headaches in the final few games.

With such a dead summer, both fans and the press have been speculating non-stop about transfers and the performances of Serie A players who have made it to the world cup. Joint top scorers Mauro Icardi and Ciro Immobile didn’t get a single minute in Russia, with Icardi left out of the Argentina squad despite an incredible 29 goals, and Immobile of course left grounded by a lack of national team qualification. Other than that, the only notable performances from Serie A players in Russia have been from Dries Mertens and Internazionale’s Ivan Perišić, who both managed to reach the semi final stage with Belgium and Croatia respectively.

The transfer stories that have dominated the headlines so far have all been centred around last season’s top 2, with Juventus blowing a combined 80.4 million euros on Douglas Costa and Portuguese defender Joao Cancelo the highest fees we’ve seen so far. They’ve also managed to bring in Liverpool midfielder Emre Can, who astonishingly arrived on a free from the Champion’s League finalists. Napoli have also splashed around 25 million euros on former Bologna midfielder Simone Verdi, and with almost 7 weeks of transfer window remaining and the world cup drawing to a close, there’s bound to be more action, and plenty of rumours that point towards even bigger signings in the last few weeks of the summer.

The transfer rumour of the summer in Italy is the £99 million Ronaldo move. Real cashed in on the 33-year-old as they rebuild their squad following the departure of Zinedine Zidane. Ronaldo had a decent world cup and tried his best to drag Portugal to success as he did in 2016, and there is still no doubt he will be a great option for a Juventus team who are desperately seeking a Champion’s League title to go in their already brimming trophy cabinet.

With all of the big transfer stories surrounding the usual suspects who will be there or thereabouts at the end of the season, bookmakers are already starting to pick their potential champions and runners up and offering early odds. With most gamblers focusing their funds on who will end up lifting the World Cup, it would make sense to start thinking about whether anyone else can take the Coppa Campioni d’Italia off Juventus. In the last few weeks before the actions starts however, you might want to try and build the excitement through other sources of entertainment. The Champion’s Goal online slots game has a soundtrack similar to a night at the Stadio Olimpico on a Champions League night and contains plenty of features, including free spins that come with bigger gains than the usual spins, the game really is a great way to build up your appetite for the new season.

No matter who ends up where when the window slams shut, Italian football is certainly in for some changes in 2018/19 from an international perspective. We may have already mentioned once or twice that Italy didn’t make it to Russia, but the manner in which it happened leaves a lot to be desired. Italy don’t exactly have a poor selection of players to choose from, but it seems that poor management was yet again to blame for a big name missing out on the opportunity to win football’s major trophy for the first time in half a century.

Luckily, it looks like a top-down reform is underway, with the next European Championship’s now the focus for Italy’s football governing body. The big names like Chiellini, Buffon and Bonucci may be on their way out of international before the 2020 and 2022 tournaments, but the talent replacing them is pretty promising, with players like Alessio Romagnoli, Mattia Caldara and Daniele Rugani all looking very promising in Serie A over the last 12 months. There’s also a good stock of under-25s currently in development, and Italy could end up being in a similar position to England four years ago.

Although England qualified for the 2014 World Cup, they didn’t make it out of the group stages. The result was an almost four-year rebuilding programme, with half the 2014 squad missing from the team sheet at Euro 2016, and practically all of it gone in time for Russia 2018. These sweeping changes have done England the world of good, with a World Cup semi final confirmed for a young England team, and there’s no reason why Italy can’t do the same, with players like Lorenzo Pellegrini, Andrea Belotti and Simone Verdi all good enough to carry the flag in Qatar.

With a national rebuild on the cards and a Serie A competition that may just be a bit more open this year, football in Italy could end up being even more exciting than it was last season. Juventus and Napoli may end up duking it out for the top spot again, but there’s nothing stopping Roma and both Milan teams from spoiling the party. Roma were impressive in the Champion’s League last season despite a heavy semi-final exit to Liverpool, and AC Milan in particular are going through a restructuring that has seen them come close to breaking financial fair play rules, such is the vast level of wealth available to them.

For us, Juventus will make it 8 in a row, especially now they have managed to bag a signing like Ronaldo. Napoli need to add more players to their squad, and it’ll take a miracle (or lots of injuries) for world-class players like Emre Can, Douglas Costa and Miralem Pjanic to be broken down by the other medium-quality teams in the league. Saying that, it is still Juventus’ league to lose, and that Napoli set-up will certainly look a bit tastier once Carlo Ancelotti has made his summer transfers…