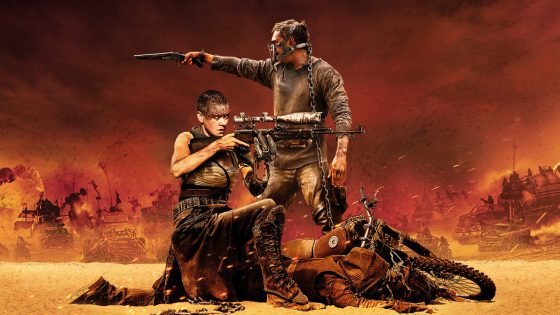 With the success of Mad Max : Fury Road, George Miller promised more sequels to the wildly successful reboot are coming to the big screen. In 2019, we got a sequel to Zombieland, and in recent years, the Planet of the Apes franchise has seen several new versions. So with apocalyptic films being more popular than ever, it reminds us that there’s nothing quite like a good “the world is totally screwed” movie. Who hasn’t sat around thinking about how they’d survive, or if they’d survive, in a post-apocalyptic setting? Gathering up every last Twinkie you can find doesn’t count, either.

Anyway, if you happen to be left on earth after the Rapture has begun, like in those horrible Left Behind books, here’s a list of seven apocalyptic classic movies that might give you some tips on how to survive in a world without Kirk Cameron. Oh, what a cruel world that would be. 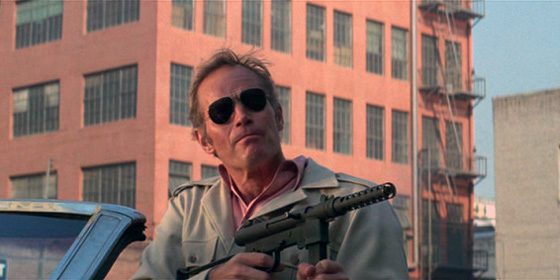 Let’s face it, Omega Man is perhaps the cheesiest end of the world movie we’ve ever seen. Based on the novella I Am Legend, we chose to include Omega Man on our list instead of, well, I Am Legend because while the Will Smith movie started out strong, we just can’t get down with a movie wherein a character has never heard of Bob Marley.

Anyway, in Omega Man, Charlton Heston believes himself to be the last man on earth, and probably owes his survival to all of that sweaty chest hair he so often puts on display. Throughout the film he’s tormented and attacked by some funky dudes in robes who are supposed to be zombies or vampires or… well, it’s not really clear — we just know that they’re a bunch of jive turkeys. 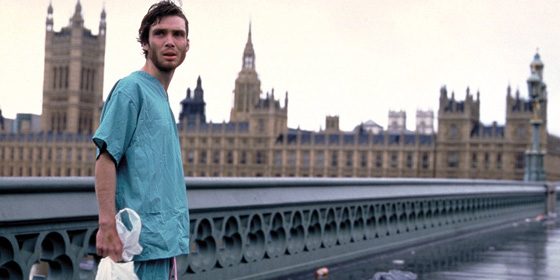 This one would probably be higher on the list if not for the fact that, technically, it’s more of an “end of England” movie, and not an end of the world movie. Sure, the ending to the sequel made it pretty clear that the world was on the verge of being overrun, but at the end of the day this super intense not-quite-a-zombie-movie movie keeps the apocalypse pretty isolated.

From Academy Award-winning director Danny Boyle, who has bounced around from genre to genre in one of the most diverse directing careers we’ve seen in a long time, the film centers on a man who wakes up from a coma to find the world around him has completely crumbled. His struggle to survive involves nearly dying about 37 times and an almost total lack of hope all along the way. 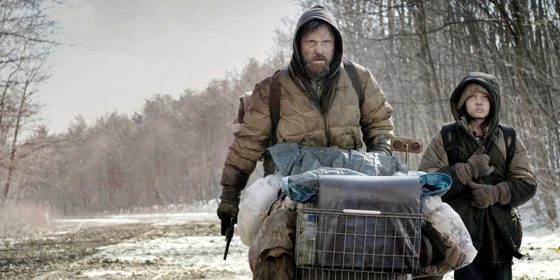 Based on the novel by Cormac McCarthy, The Road centers on a father and son who are barely managing to survive in a post-apocalyptic wasteland. They are in the midst of a journey across the country to the sea when they encounter various groups of bandits and cannibals. Oh, and they also bump into Omar Little and steal his clothes.

If you haven’t seen the movie or read the book, you can probably guess that The Road isn’t exactly an uplifting movie. It is, however, intense and depressing, so its got that going for it. Which is… well, just awful. But it’s still a solid movie, particularly if you like your apocalypse extra bleak. 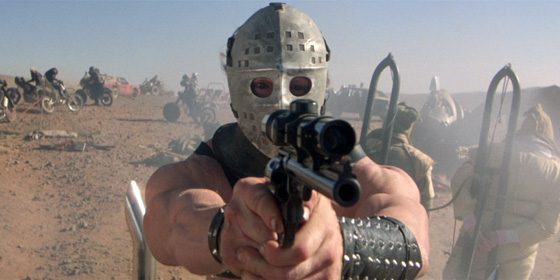 We could have gone with Mad Max, but we can probably all agree that The Road Warrior was the best film (before Fury Road) in the franchise, unless you’re really fond of Tina Turner’s not at all over the top turn as the villain in Beyond Thunderdome.

The Road Warrior centers on the continuing wasteland adventures of Max as he encounters a group of civilized survivors as they are being attacked by a band of raiders who want their gasoline. Because he’s Mad Max and he drives an awesome car, obviously he reluctantly agrees to help them, kicking a plethora of ass along the way.

3) Planet of the Apes 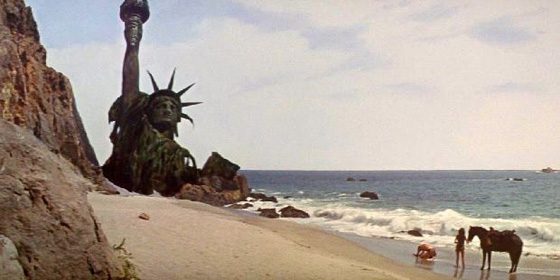 Our second Charlton Heston film to make the list proves that apparently Chuck was just as into post-apocalyptic stories as we are. If you don’t know the story of Planet of the Apes, you probably live in a cave somewhere, and we’d like to know how you managed to get internet hooked up in there.

Anyway, Chuck and two astronauts crash land on a “distant” planet ruled by primates, while humans are mindless slaves who have long since lost the ability to speak or think. Chuck throws a wrench into the works, of course, and it’s not until the final shot that we realize this was actually an end of the world movie all along. 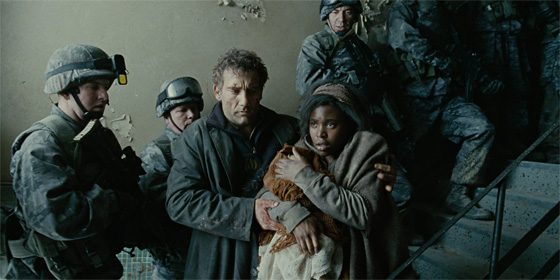 Okay, if you want to watch an intense as all hell movie, Children of Men should be right up your alley. Seriously, it’s like they watched the first 30 minutes of Saving Private Ryan, matched that intensity, and then ratcheted it up to 11. This is a badass movie, is what we’re saying, and you’ll be lucky to have fingernails when you’re finished watching it.

The film is about a world that’s slowly dying because, for some reason or another, women can no longer have babies. Thus, the population is slowly but surely dying out. That is, of course, until Clive Owen finds himself caught up with an underground group who have discovered a pregnant woman, and it’s up to Clive to usher her to safety so that humanity can survive. Did we mention it’s intense? 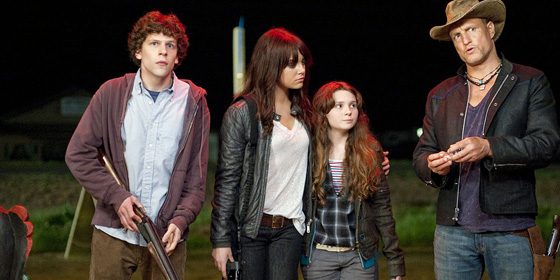 We have to confess, Zombieland takes the top spot in large part because reading through this list of entirely depressing movies just made us realize we really needed a good laugh. And seriously, you’re not going to find a funnier movie about the end of the world than Zombieland, which is also all kinds of awesome.

Centering on Tallahassee and Columbus, two complete opposites who have managed to survive through either badassery or just being really, really careful, the film quickly turns into a buddy comedy with zombies, Bill Murray and Emma Stone’s hotness thrown in.