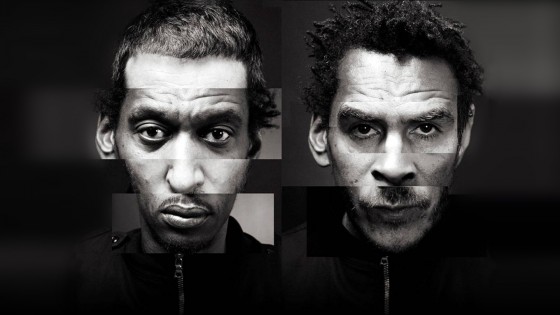 Even if you’re not a fan of British trip hop group Massive Attack, you have no doubt heard their eclectic sound at one time or another. It’s been featured in numerous films and commercials for over twenty years. The duo of Daddy G and 3D, and former member Mushroom, have produced a catalog of the most atmospheric and experimental compositions in the genre, not to mention a reel of strange, eerie and intriguing music videos. Here are seven that particularly stand out from the pack.

From the 1991 album Blue Lines, this is the song that put Massive Attack on the map. The video is famous for being one continuous Steadicam shot following vocalist Shara Nelson as she navigates the downtown streets of Los Angeles, oblivious to the goings-on around her.

This voyeuristic journey peers into the lives of the denizens residing in a cramped apartment building, while Everything But the Girl singer Tracey Thorn delivers her soulful vocals. As with “Unfinished Sympathy,” the camera acts as an intrusive observer.

Their most recognizable track has appeared in several movies, including Guy Ritchie’s Snatch, and TV ads, including Armani and Hugo Boss. The video, like the song, builds slowly using metaphor and culminates with an amazing final image. The hunted becomes the hunter.

This is an assault on the senses. The stunning imagery and manic movement, combined with moody lyrics, makes for a mind-bending trip to a world on the brink of total annihilation. It’s like watching Cloverfield, only better, and without the seizures.

Step right up, ladies and gentleman, and witness the wondrous spectacle of man transforming into moth. It’s unnerving and yet impossible to turn away from. Note how the flickering of the lights synchronizes with the flapping of the insect’s wings.

In keeping with their style to investigate unusual places, “Teardrop” travels inside a cavernous womb to find a fetus mouthing the song’s lyrics. Safe to say, you don’t see that every day. The tune itself is best known for being the theme to FOX’s medical drama, House.

This one plays as a bizarre mystery that may or may not include murder. What is clear is some sort of sexual infidelity has occurred and the guy who recorded it is none too happy. Like much of Massive Attack’s work, it’s dark, thought-provoking and open to interpretation.