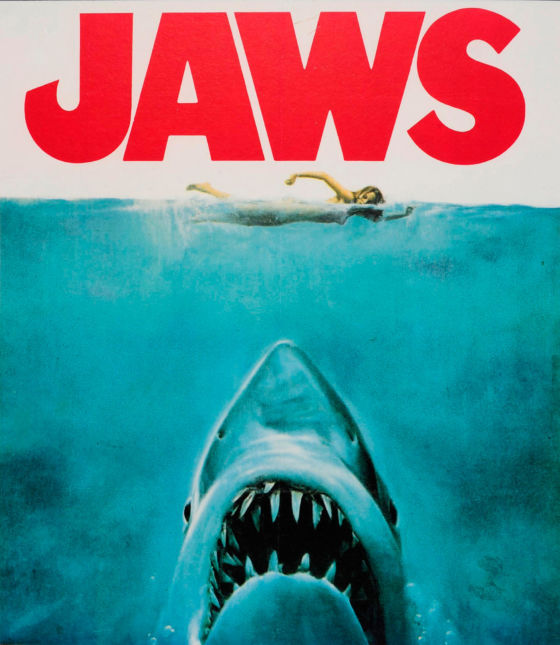 Movie plots come in all shapes and sizes. Some are formulaic and dull — think everything directed by Brett Ratner. Others are complex and layered — think 2001: A Space Odyssey and Inception. Then there are simple movie plots, but not simple in a bad way, like say every romantic comedy made in the last ten years. No, I’m referring to plots so simple they’re brilliant. The ones that make you shake your fist and mumble to yourself, “Why didn’t I think of that?” The films themselves might not all be classics, but it’s hard to denigrate the concepts that brought them to life. Here are seven such plots that fit the bill.

Vampires feast on Alaskan town during a prolonged polar night

What do vampires hate the most (except the goofy ones from Twilight)? The sun. So it makes perfect sense they would go someplace where the Earth’s warming rays aren’t an issue. Like Barrow, Alaska, during its annual “30 Days of Darkness.” Once the sun sets, the dinner bell is rung for Marlow and his band of badass bloodsuckers to imbibe from the veins of the poor bastards dumb enough to live in a town devoid of light. 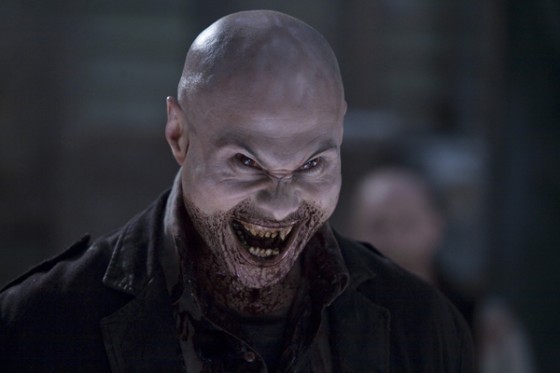 People of Barrow, lend me your blood.

If any comic book was primed to be adapted for the big screen, it was Steve Niles 2002 mini-series, 30 Days of Night. Incredibly, it was rejected as a film pitch prior to Niles turning it into a comic. Whichever moronic studio exec turned down this story is assuredly bagging groceries at the Piggly Wiggly. The movie version would go on to gross over $100 million at a cost of $30 million to produce. That’s a tidy profit for even the most miserly of accountants. 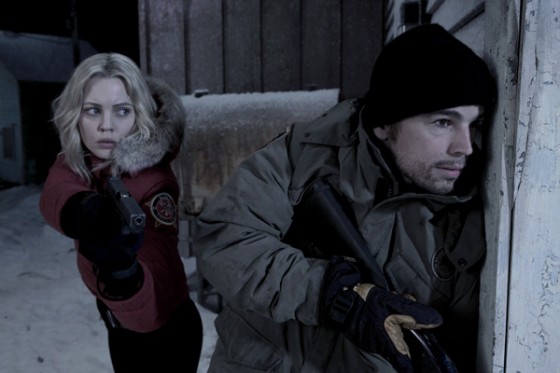 You may remember me from 40 Days and Nights too.

The execution is far from perfect (Josh Hartnett as the lead?), but the blood and gore quotient is off the charts and Ben Foster steals the first half-hour playing a creepy drifter. As vamp flicks go, this one is pretty damn good. Whether you dig it or not, the idea of vampires gorging themselves silly in a town beset by darkness is simply brilliant.

Degenerate Uncle tasked to babysit his nieces and nephew

It’s essentially a fish-out-of-water scenario, but what makes it work is the presence of comedy maestro John Candy. The filmmakers could’ve cast a dozen other actors to play Buck Russell, although none would’ve held a proverbial candle to Candy, which is precisely why this simple plot surpasses the countless clones that came before and after. Only Candy could make threatening to kill a punk teenager — with both a drill and hatchet — hilarious and a little bit scary. 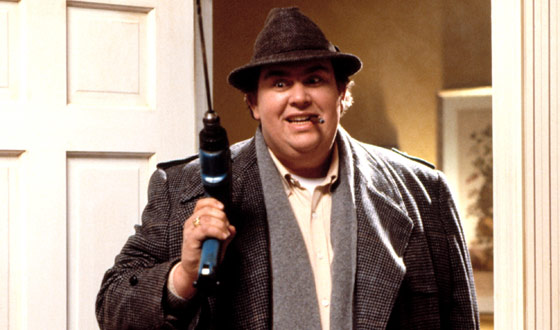 Not on my watch, Bug.

We’ve seen the likes of Adam Sandler (Big Daddy), Robin Williams (Mrs. Doubtfire) and The Rock (The Game Plan) tackle this role to varying degrees of success. However, none of them matched the understated wit and charm of Uncle Buck. The late great writer/director John Hughes crafted a smart, sweet and memorable movie from a plot so simple an eight-year-old could’ve penned it. 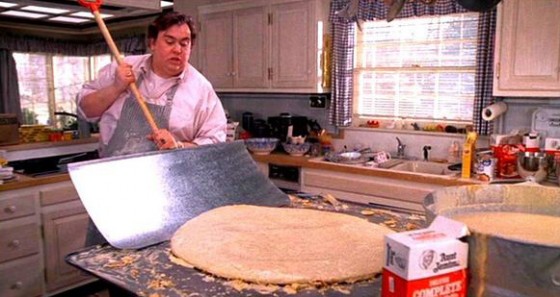 Hope you guys are hungry.

So, when Kevin James gets pegged to star in the remake, don’t tear you hair out in a fit of rage. Just kick back and watch the original. Bathe in its ebullience, taking solace in the fact that the memory of John Candy as Uncle Buck can never really be tarnished.

Long before Quentin Tarantino made his WW II pseudo-comedy Inglourious Basterds, a cast of big name Hollywood players, led by Clint Eastwood, released the vastly underrated Kelly’s Heroes, which tells the tale of a group of American soldiers who go AWOL to steal millions of dollars in gold from a bank behind German lines. 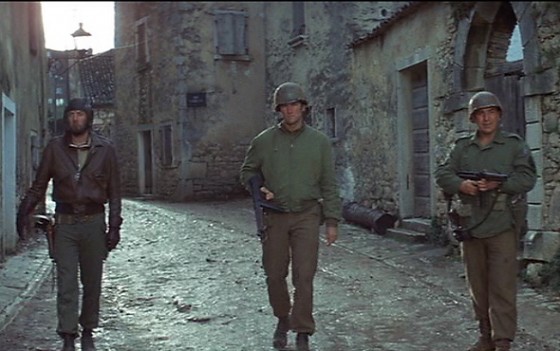 As heist plots go, this one gets mad props for ratcheting up the drama. Robbing a bank in downtown Los Angeles is risky; robbing a bank behind enemy lines in the middle of a World War is pure insanity. Our heroes must endure friendly fire, minefields, a perilous river crossing and a trio of tenacious Tiger tanks. And that’s just to get to the town where the loot resides. 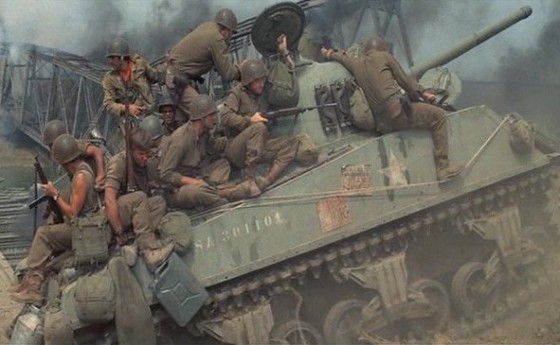 Climb aboard, but leave those negative waves behind.

The flick delivers in full on its potential, which once again lends credence to the notion that a simple story in the hands of competent people is a deadly combination on the mean streets and backlots of Hollywood. Credit director Brian G. Hutton, who also helmed Where Eagles Dare and High Road to China, for flawlessly orchestrating this often madcap symphony of destruction.

4) The Girl Next Door 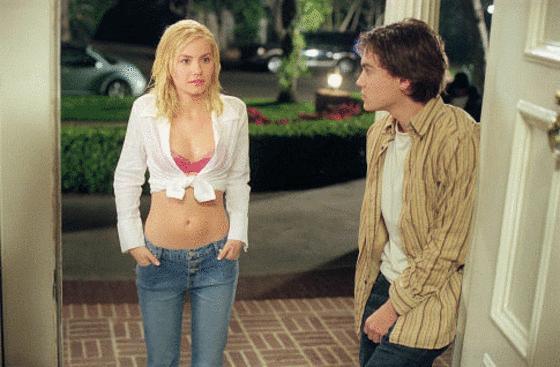 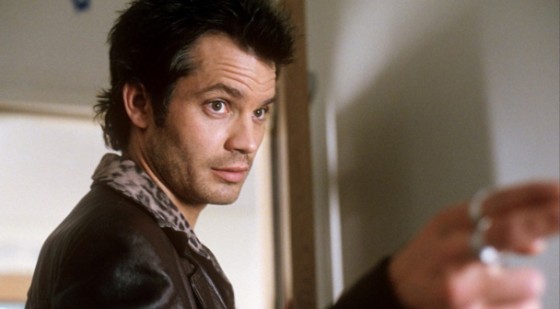 Don’t fuck with my business.

On the surface, Akira Kurosawa’s 1950 classic might not seem so simple. However, is recounting a crime through the eyes of four different characters really that complex? The story unfolds smoothly and effortlessly, thanks to Kurosawa’s concise writing and deft direction. It makes for a compelling mystery about deception, greed and perceived realities. 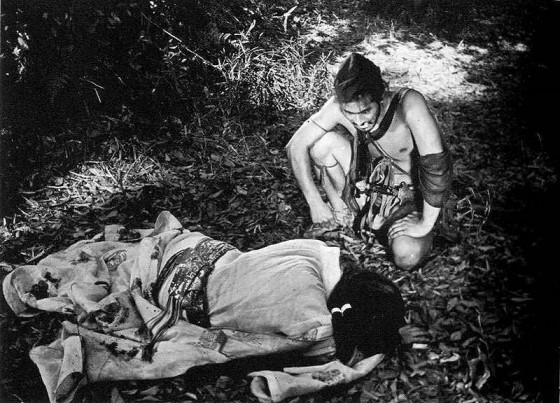 Who killed the samurai?

The murder of a samurai and the alleged rape of his wife is brought before the court to determine which of four “witnesses” is telling the truth. Each character paints themselves as the hero in their version of events, feeding their egos and salvaging their honor. It’s a film steeped in ambiguity that delves into man’s inherent selfish nature. 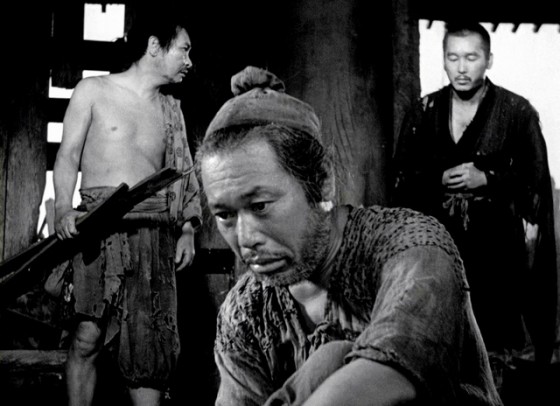 I once watched Rashomon with the sound muted and subtitles turned off and still had no problem following the proceedings. The allegorical cinematography and nuanced facial expressions relay all the information an audience needs. That’s the sign of a director who fully understands his craft and the film medium as a whole. With a master at the controls, the camera sees and captures all.

Cop versus terrorists in a LA highrise

Anytime a screenwriter can set the story in one location, it’s a good thing, providing the plot and characters are up to snuff. As far as action movies are concerned, few compare to Die Hard, which takes place in and around the Nakatomi Plaza building, features a badass hero in John McClane, a memorable villain in Hans Gruber and plenty of bullets and explosions to satisfy the inner twelve-year-old in all of us. 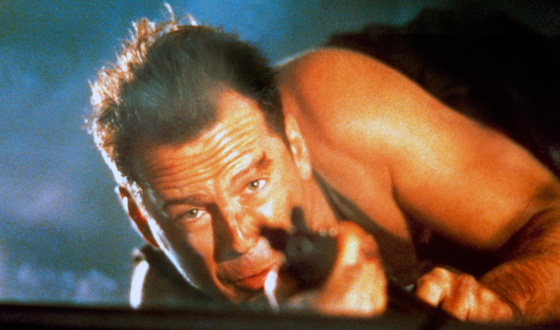 Die Hard draws inspiration from Irwin Allen’s ’70s era disaster films like The Towering Inferno and The Poseidon Adventure. Trap people inside a dangerous structure and pit them against a unrelenting enemy, e.g. fire, water or terrorists. It’s a tried and true plot that always delivers the goods when properly executed. Director John McTiernan unfolds a bloody cat and mouse game chock-full of intense action set pieces and quotable one-liners. 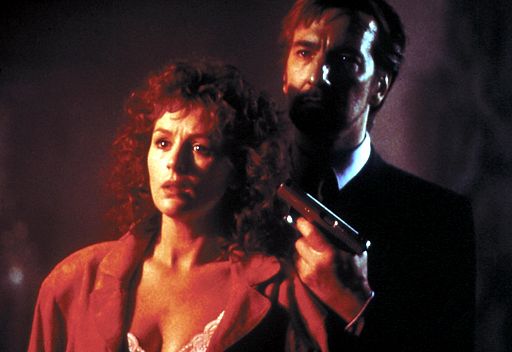 This movie has spawned a slew of retreads and ripoffs over the last twenty-plus years, but none have managed to match its unique chemistry. Simple plot, yes. However, it’s the details that separates Die Hard from the pack. The Christmas theme, John McClane being shoeless, dimwitted deputy police chief, douchebag news reporter, gung-ho FBI agents, etc., etc. I watch it every December 24th without fail.

When the Syfy Channel does this movie, it’s garbage. When Steven Spielberg does it, it’s one of the greatest movies ever made. In 1971, Spielberg helmed Duel, a flick about a killer truck stalking a lone driver on a desert highway. Swap out truck for a great white shark and road for the ocean, and presto, you have Jaws. It doesn’t get simpler than man vs. beast plots. 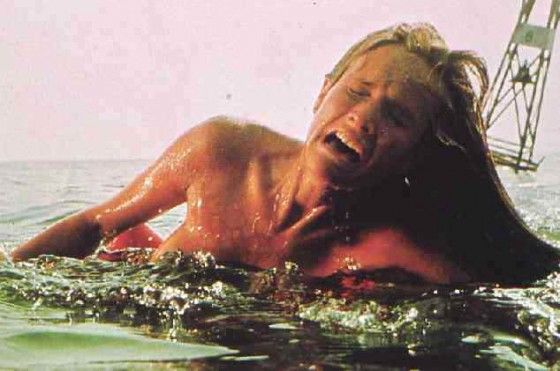 Jaws (and Duel) are variations on the “haunted house” movies from the ’40s and ’50s. The key to haunted house films is ensuring the ghost/poltergeist is scary. The same held true for the shark in Jaws. If the Carcharodon carcharias looked cheap and hackneyed, Spielberg would’ve been laughed out of Hollywood. Luckily, the damn thing broke down more than a used Pinto, which forced Spielberg to utilize a less is more approach that ended up maximizing the terror and tension. 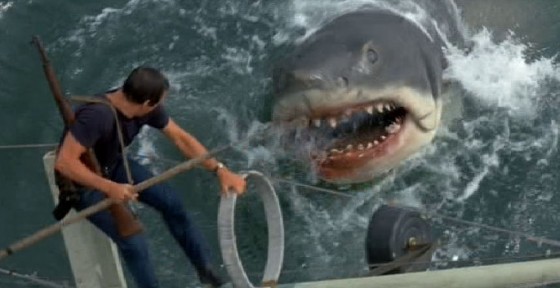 Aren’t you full yet?

Toss in some stellar acting from Robert Shaw, Roy Scheider and Richard Dreyfuss, a chilling score by legendary composer John Williams, stunning underwater cinematography, and you have a finished product that elevates its straightforward plot into a work of art that will never be duplicated. Thirty-five years after it was released, people are still afraid to swim in the ocean. That’s what I call a powerful movie.