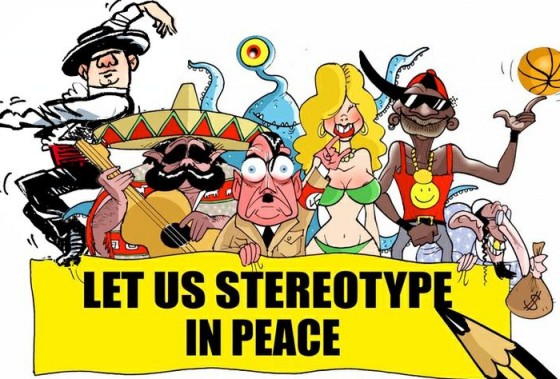 Why is it that people get upset over their own unflattering national stereotypes while they tend to believe similar things about others? Why does the same thing happen when we talk about religion, race, or politics? Is one country really better than the others? It is a proven fact that nothing stirs up human emotions more than those subjects. So in the interest of being trouble makers, we’re going to take a look at seven stereotypes that most people believe. 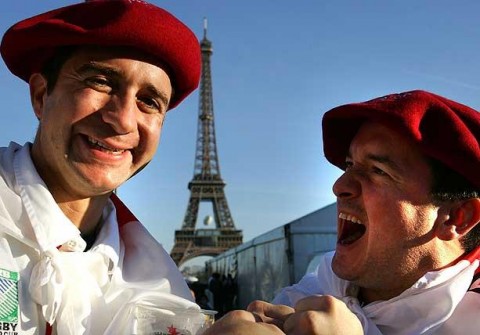 There is a big difference between bravery and stupidity. The French didn’t fight wars that they definitely couldn’t win, and I am clearly referring to WWII when Hitler fooled the French generals and never attacked them at the Maginot Line, where the French expected him to attack. After that, it would have been nothing but a bloody massacre for the French civilians if the French government had been paranoid enough to continue the war after Nazi forces had already invaded France and captured Paris without even fighting.

The French lost that “chess game” with Hitler, but to this day France remains the nation with the most battles won in military history over the last two thousand years. Do Napoleon or the French Foreign Legion ring any bells? What about Charlemagne, Joan of Arc, or Turenne? If the nation that conquered and divided the world for so many centuries (along with the Brits) in two hemispheres of cultural and political influence is populated by cowards, then I don’t even want to think about what they would have accomplished if they were brave.

6. Nigerians are all Criminals 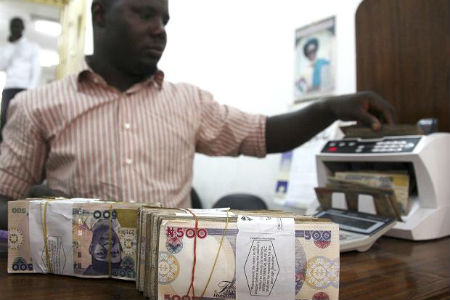 We are not quite sure if that statement is reality or just a stereotype, but we’re willing to explore the topic. It’s a fact that Nigeria is one of the most corrupt nations in the world. The amount of Nigerians involved in Internet scams, illegal immigration, prostitution, drug dealing and bootlegging around the world certainly don’t help that reputation at all. If someone as pro-black as Oprah would state the same thing, then you would realize that the specific stereotype might be more of a reality than anything else.

In Nigeria’s defense, according to unverified research, Nigeria recently has produced some really bright and intelligent students. Strangely, this happens exclusively in the universities of the UK and the US, the two countries where the crusade of political correctness and multiculturalism has become more of an epidemic than anything else. Apparently at least a few Nigerians are making their way in life legitimately. 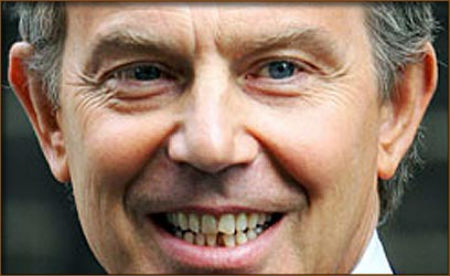 This stereotype probably started in the US back in the 50’s, since it was American culture that placed a greater emphasis on their teeth. That made British people look very bad in this regard, but probably no more-so than many other countries around the world.

According to another theory, this stereotype may have come about due to the chemicals used to make matches during the early 1900’s. The chemicals were poisonous, and many lower class English people lost their teeth when stones, little hard balls of bone from the jaw, worked their way out of the gums and into the mouth as a result of working with poisonous chemicals. The workers had smelly cavities in their mouths which bled.

Another rumor regarding this stereotype is that it originated when the Brits were introduced to sugar. The British are known for sugary chocolate and excessive sugar in tea, which probably caused many problems with their teeth. 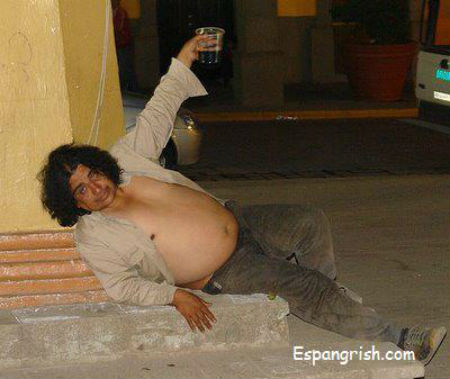 However, it’s difficult to come to the conclusion that Mexicans are lazy. They might be some of the hardest working people in America today. Many Mexicans who come to this country take on dirty jobs that other Americans refuse to do. Are those Mexicans who work long hours and are underpaid with no overtime lazy?

It is true that some Mexicans stand on street corners, or in front of Home Depot, and many people perceive them to be lazy for that. But how many of those who stereotype them know the real reasons why they are standing in those particular places? Perhaps people don’t know that the reason why Mexicans stand there is to search for job opportunities as day laborers.

3. Italian Men are all Macho Mafia 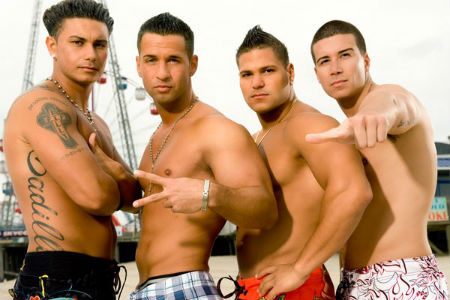 The stereotype of modern Italians being macho, mafioso, and tough mainly exists due to blockbuster movies such as The Godfather, Goodfellas and television series such as The Sopranos. Reality, however, seems to be a little different. We don’t remember Tony Soprano worrying about his tan like the guys on Jersey Shore. These are relatively new stereotypes though, as Italians haven’t historically been seen as very tough.

Italy managed to become the first country of the very powerful Axis that was defeated by the much smaller and weaker Greek military. Italy also struggled to defeat a significantly weaker nation, Ethiopia, in the two Italo-Ethiopian wars. Maybe the second war resulted in the military occupation of Ethiopia and its annexation into the newly created colony of Italian East Africa, but the casualties and losses of the Italian military were way bigger and more catastrophic than Italians originally estimated. This was largely due to the fact that the average Italian soldier was not brave enough for war.

2. Americans are Obese and Uncultured 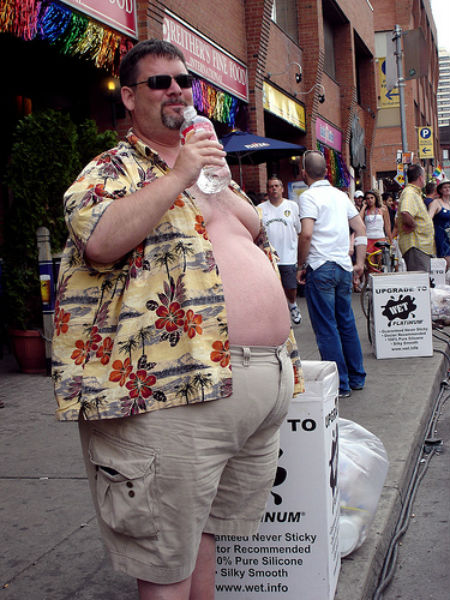 In 2007, the United States produced 254 million tons of garbage. The US consumes more than 25-30% of the world’s resources despite making up only a little over 4% of the world’s population. According to the official statistics between 1980 and 2000, obesity rates in the US doubled among adults. Similarly, since 1980 the number of overweight children has doubled, tripling among adolescents, increasing the number of years they are exposed to the health risks of obesity.

About 70 million adults, or over 35% of the adult population, are now obese. In order to get an idea of what that means, think about it like this; the USA has as many obese people as the total populations of Cuba, Portugal, Somalia, Belgium, the Czech Republic, and Haiti combined. There is an obvious problem of obesity in the US and that’s not only a stereotype at this point, but then again there’s an obesity problem in most countries of the Western World and that’s a fact as well.

As for the lack of culture and history, this is probably quite an unfair stereotype. American history and culture might be relatively recent, especially if you are going to compare it with countries such as Italy, Egypt, Greece, and Persia. However, the United States has made significant cultural contributions compared to other countries with similar historical timelines.

1. Chinese Men are not that… Gifted 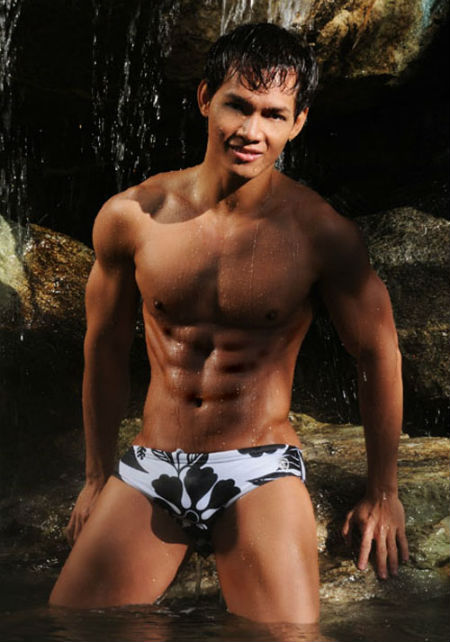 Chinese and East Asian men in general, since this stereotype also includes Japanese and Koreans, supposedly have small genitals. Let’s keep in mind that this “scientific research” has a common reference point; it has all taken place in the Western World. Also, this stereotype always follows another stereotype, that Asian men are smart. Black males are generally stereotyped for having a significantly low IQ, but being blessed with big genitals.

On the other hand, white men seem to be the only ones who are “allowed” to be well-endowed and smart, too. While they will tell you that you can’t argue with science, the fact remains that China’s population is as large as the combined Caucasian population worldwide, with about 300 million more citizens than all African countries put together. It seems that the “small tools” in China work better than the “bigger” ones in Europe, the US, and Africa. Maybe size doesn’t matter that much after all.