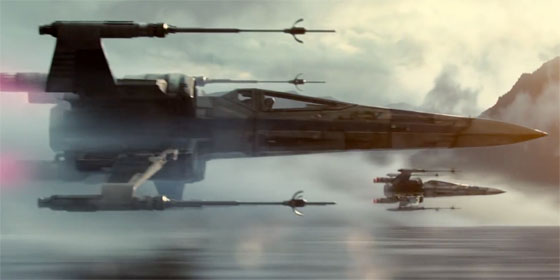 Star Wars Episode 7 may be the most talked about and anticipated sequel on the horizon, with Jurassic World a close second, but they are not the only sequels brewing that are worth getting excited about. No, not by a long shot. There are a whole slew of sequels coming, in fact, and they all are well worth our baited anticipation and rabid thirst to be the first to see the trailer on YouTube. What do these cinematic tour-de-forces have in common? Each one originated from the undisputed greatest decade ever, the 1980’s. Thirty-some years later, these franchises are still alive, remembered, and kicking more ass than Kick Ass, parts one and two combined! 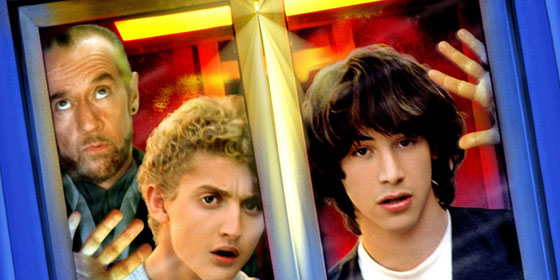 The future comes back and says if you don’t write the song by this certain time the universe is going to unravel and history and everything is going to change and dinosaurs are gonna walk the Earth. Jesus is playing baseball! All sorts of weird things start unraveling and wormholes are twisting. We have to kind of bring order back, and it’s connected into bringing our families together by writing a song.

Just knowing this movie is being made should be enough to put us in a good mood. When we actually see it, wow! It’s going to be blissful and ecstatic, and other such things hippies say. 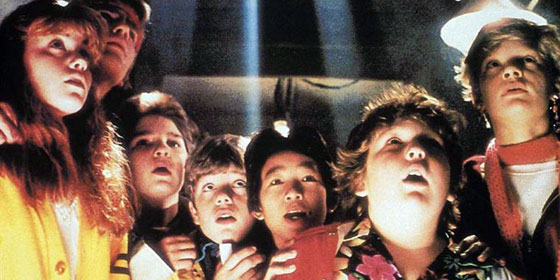 In this day of countless and often pointless remakes (how crucial was it to remake The Bad News Bears with Billy Bob Thorton? Seriously. Was Walter Matthau not good enough or something?) it is refreshing to see a sequel like this announced. How cool is it to get the whole gang of Goonies back together as adults to continue their adventure? Or at least watch their children have their own adventure. But still, having the surviving members of the original cast (RIP Anne Ramsey, John Matuszak) get back together is something to get excited about.

Think about it. These Hollywood execs were probably sitting around a conference room one day, as we often imagine they do, saying things like, “Think of something old, it doesn’t even have to be that old, and let’s figure out a way to squeeze more out of it.” And somebody says “what about Flash Dance? Let’s remake it!” So instead of honoring the Kevin Bacon classic and following up with his character all these years later, they come up with some painful new version of it with actors nobody cares about and the execs pat each other on the back and say, “Well done!” Sorry Kevin Bacon. You are no longer relevant.

Then the subject of The Goonies comes up, and somebody suggested gathering together a bunch of modern and generic kids and redoing it. That exec gets punched in the face and told “Get out!” The message here, don’t tamper with The Goonies. Then Richard Donner appears in a puff of smoke and says “Let’s do a sequel. Let’s follow-up with these kids. Where are they in their lives in the 2010’s? How has the adventure of a life time impacted them? What are their hopes and dreams these days?” And everybody gasps and the perfection of the idea and the wheels are set in motion. This is how it should be.

Original Goonie, Josh Brolin may have his doubts that it will ever happen, as he tells Jimmy Fallon on The Tonight Show, but that doesn’t damper his enthusiasm for it. After all, Steven Spielberg did come up with the story idea. 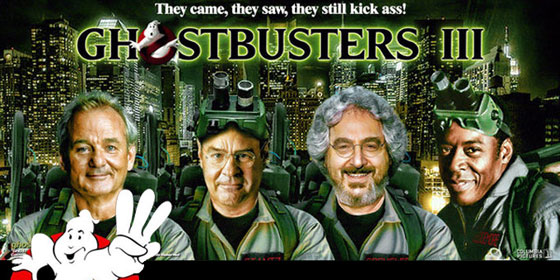 What happens when for years you try and try to get a sequel launched, but one crucial cast member dies, and another refuses to participate? That is the state that the long-awaited third Ghost Busters film has found itself in with Harold Ramis and Bill Murray, respectively. So what’s the solution? Say fuck it and start over, this time with an all female cast.

While the cast has not yet been officially named, Bill Murray, according to Rolling Stones Magazine, has a few suggestions.

If Bill Murray gets his way, this just might be the reboot the series needs. Although, shouldn’t Amy Poehler be in it? She could bust my ghost any day. How about Yvette Nicole Brown- Shirley Bennett from Community? 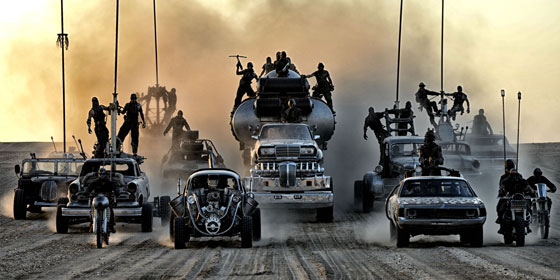 Fury Road is made by George Miller, the same guy who directed the previous three major installments, that is to say not counting the 2011 Mad Max short, Mad Max Renegade, directed by Paul Miller. With George Miller’s penchant for effects that are gritty and real, how can this not be a worthy follow-up to Beyond Thunder Dome? Remember, the first three Mad Max films were made pre-cgi. Those stunts and those effects were all real. George Miller is somebody who knows what to do with a camera. The plot is described as such:

An apocalyptic story set in the furthest reaches of our planet, in a stark desert landscape where humanity is broken, and almost everyone is crazed fighting for the necessities of life. Within this world exist two rebels on the run who just might be able to restore order. There’s Max, a man of action and a man of few words, who seeks peace of mind following the loss of his wife and child in the aftermath of the chaos. And Furiosa, a woman of action and a woman who believes her path to survival may be achieved if she can make it across the desert back to her childhood homeland.

5) Police Academy: The Next Generation 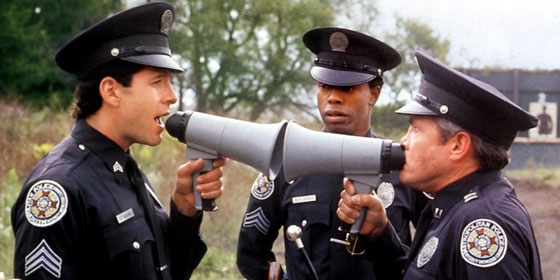 There is not a lot of information released yet about this 8th installment in the popular, and once funny franchise. But does there need to be? Doesn’t the title say it all? A new bunch of misfits join the Police Academy and hijinks, hilarity, and trouble ensues.What else do you need to know, really? It’s like asking, “What will happen in the next Friday the 13th?” Jason will kill lots of people. What do you think will happen?

IMDB has Steve Gutenberg listed, reprising his Carey Mahoney role, and returning as Larvell Jones, the great Micheal Winslow. So, we have that much of the original cast returning. That’s something to look forward to, right?

Here is the reality of it- Police Academy part one is a classic. It just is. Simple as that. Part two launched the career of Bobcat Goldwait who owned that movie as the Ozzy Osbourne on crack-like criminal mastermind, Zed. Go back and re-watch it if you don’t believe me. Remind yourself of that craziness. That’s Police Academy 2: Their First Assignment, a spectacular and surreal comedy. Then came parts three and four, which were nice. They were. They are full of fun and laughs which hold up even to this day.

Then… Steve Guttenberg and Bobcat both left the series and there was jut no joy left in parts five through seven. Does anybody even remember the subtitle to part six? It’s always escaping me just like any memory of any laughter I may have experienced sitting through that movie that night in a movie theater in Leesburg, Virginia all those many years ago. My only memory was that the theater was cold. So, so cold.

And now, we up to part eight. What surprises will have in store? Time will tell. Let’s just hope it will be worth the wait. We have a funny feeling it will be. 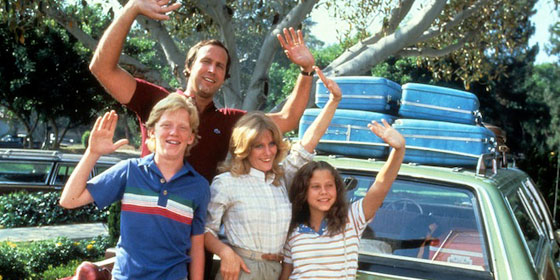 Cinema Blend.com reveals this about the plot:

The movie, from what we hear, will involve Rusty and his wife trying to take their family on a vacation. But Rusty, in this update, will carry the emotional scars of all of his father’s past failed vacations across our country and around Europe. He’s reportedly tired of being terrified of taking vacations, and wants to reclaim the family getaway. It has to be better than this, right?

The role of Rusty, played by Anthony Michael Hall, Dana Hill, Johnny Galecki, and Ethan Embry has finally landed with Ed Helms, best known as Andy “Nard-Dog” Bernard from The Office, and as Stu in The Hangover trilogy. Christina Applegate plays his wife, Debbie. And it wouldn’t be right to leave the grandparents at home while the go off and have all the fun, would it? No, that would be a sacrilege. So along for the ride are Chevy Chase and Beverly D’Angelo, of course, as Clark and Ellen. 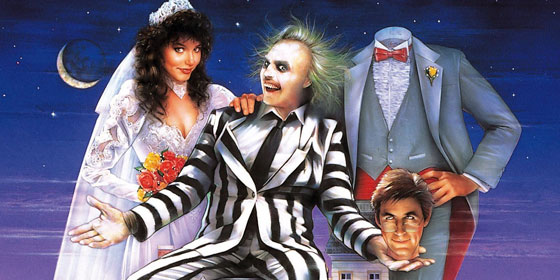 What about Alex Baldwin and Geena Davis? Are they on board to reprise their roles as the ghosts, Adam and Barbara Maitland? Who cares. That was part one. This is part two. It’s time to move on. What other mischief can the title character get into? That’s what we want to know. It’s not all about the Maitlands, you know. Except for Lydia Maitland. Actually, it is about her.

Although production has been on again and off again, due mostly to the schedules of Tim Burton and Michael Keaton, it looks like production is finally about to get started. And if the rumors are true, as reported by The Movie News Hound, Robert Downey Jr. and Tom Hiddleston, who worked together in The Avengers have joined the cast. It just keeps getting better and better.