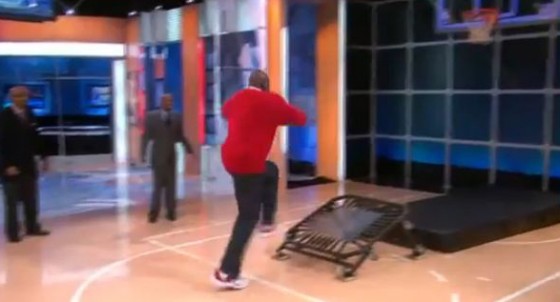 Shaquille O’Neal has never been shy about making an ass of himself. The guy is without question one of the funniest sports personalities to ever don a professional uniform. And now that he’s retired he has plenty of time to prove he still has what it takes to create a spectacle. Like attempting to throw down a monster dunk after springing from a mini trampoline.

The red sweater/pink shirt Valentine’s ensemble makes the video for me.

[I Am a GM via Larry Brown Sports]