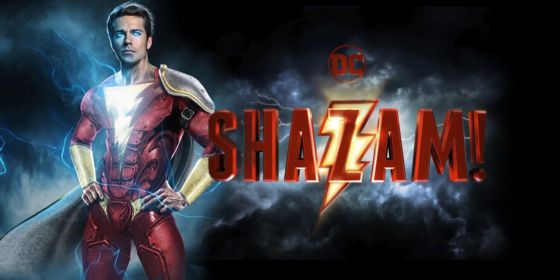 Here’s the frustrating thing about Shazam!: it tries to be too much like other entities to the point of forgetting to be itself. Don’t misunderstand – it’s a highly enjoyable, entertaining film, charming to the last and full of the heart we all expect from superhero movies. It has likeable characters and a funny milieu which lends itself easily to the types of shenanigans inherent. Yet, it hardly breaks new ground. 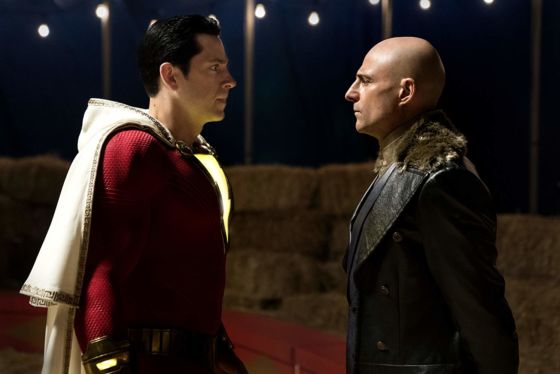 The reason Shazam! succeeds is by mixing up familiar plots into an easily-digestible, unchallenging package, sure to go down smooth and leaving a pleasant aftertaste. Picture, if you will, a cocktail made of the angst of a lovable orphan and his foster family, a superpowered villain looking for his polar opposite, the awkwardness of the teenage years, and a superhero origin story. Now, slam that all into a glass made from the late Penny Marshall’s Big and swallow, for this is Shazam! to its core. 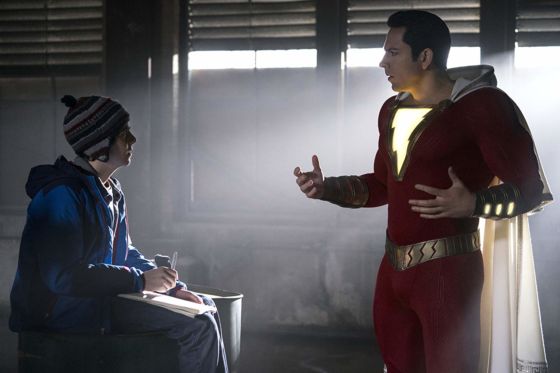 It’s nowhere near bad, and it certainly doesn’t bother. Buoyed by earnest performances, Shazam! is a winsome, charming delight designed specifically to show the lighter side of the DC Extended Universe (DCEU), a series of films noted for their dark and grimy realities. (It also ties the world of The Conjuring to the DCEU thanks to shared director David F. Sandberg – watch for a certain doll’s appearance a few minutes after the opening title.) 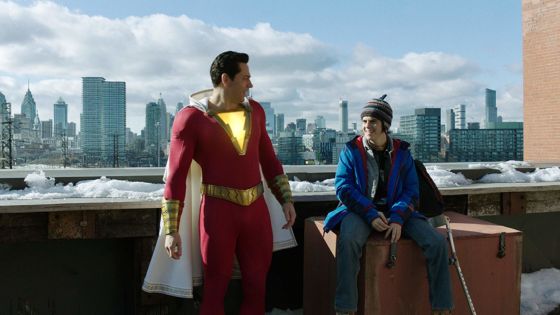 In being the lightest of the DCEU offerings, we can see the careful pains Sandberg takes to stay out of the darkness, and it’s a deliberateness which saddles Shazam! with a curious, not-enough-either-way kind of feel. Henry Gayden’s script calls for all the arch beats to fall at their expected times, leading to a pat predictability which is surprisingly neither welcome nor unwanted. There are genuine moments of humanity which break through, but they’re all too quickly smothered by an explosive entry into the next action sequence. 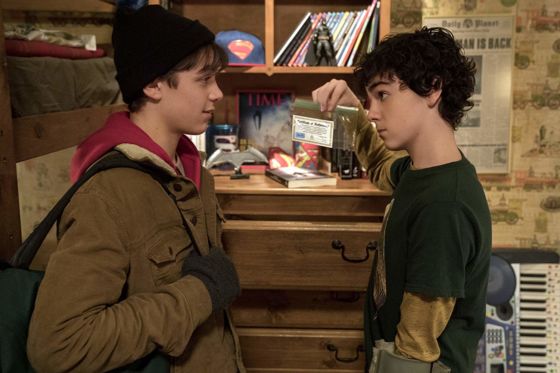 Shazam!‘s tone is struck with resounding notes by the friendship between Billy Batson (Asher Angel) and Freddy Freeman (Jack Dylan Grazer). Both are orphans living in the same foster home, polar opposites in appearance and demeanor. Billy, orphaned since losing his mother at a crowded carnival, has shut himself off from trusting or appreciating anyone. Freddy, on the other hand, is a gregarious true-believer, boasting of mementos taken from Superman and Batman’s (not appearing in this film) crimefighting exploits. Billy’s able-bodied; Freddy walks with a limp and a crutch. 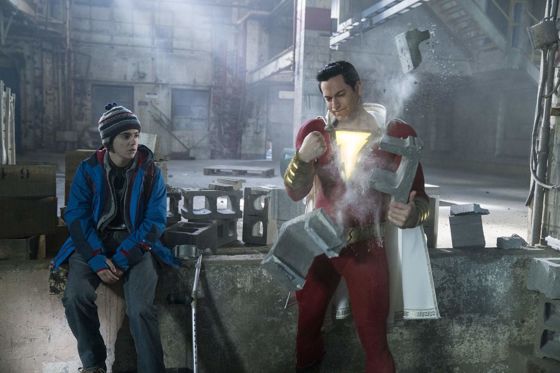 After defending Freddy from school bullies, Billy is transported to an otherworldly dimension where an ancient wizard (Djimon Hounsou, racking up a third appearance in a large action franchise – the Marvel Cinematic Universe, the DCEU, and the Fast/Furious films) bestows magical powers, a dodgeball-textured suit, and a new body (Zachary Levi) upon him. A champion is needed to fight seven mythical creatures (the biblical Deadly Sins made corporeal), and the wizard’s time is over. So begins the kid-trapped-in-an-adult-body thing we all know and love; of course, it’s made all the more fun with superhero-stan Freddy making Billy an internet sensation by recording test footage of his new powers.

Fairly straightforward, right? Tack on the villain who’s about to destroy the world, and you’ve got yourself… well, every superhero origin story full of foibles and grace, success and failure. However, the inclusion of the body-switching trope makes it stand out enough to be loads of fun. Angel, Grazer, and Levi help Shazam! stand proud alongside its brooding predecessors with a shared, natural affinity and humanistic endearment. 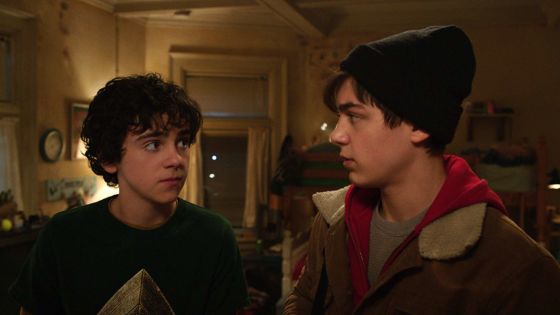 In playing two sides of the same coin, Angel and Levi bring different values to Billy. As the 15-year-old haunted by his mother’s abandonment, Angel maintains a terrific balance between the optimist who believes he’ll find his mom and the jaded foster kid who keeps everyone at arm’s length. There’s a turmoil he emotes as a child pursuing a goal at the cost of a damning truth, and he makes us feel every bit of it. 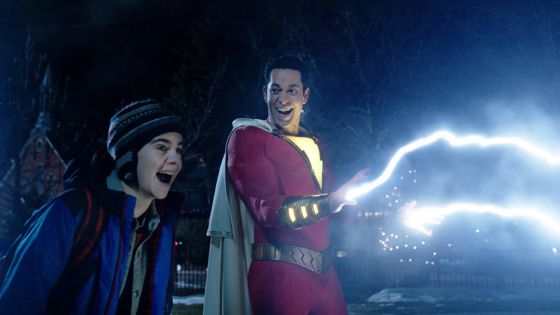 This soulful performance is contrasted by Levi’s dynamic comedic range, so effectively honed in his NBC series “Chuck.” Similar to his TV role, he plays the fish out of water, a man suddenly granted powers he doesn’t know how to use. (Even more coincidental is that both Billy and Chuck spend a lot of time looking for a disappeared parent. Just saying.) While it may not seem like such a stretch, Levi charges each scene he’s in with equal parts gusto and the cheese of a boy pretending to be a man. 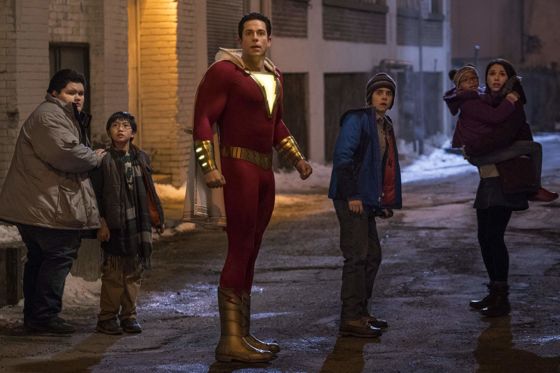 But it’s Grazer who winds up being the unexpected treasure of Shazam!. There’s a bluster he gives Freddy which attempts to covers up the pain of being the disabled outcast who can’t fit in anywhere. Yet one scene sheds every ounce of this façade which Grazer plays heartbreakingly well, finally coming to grips with his disability and how badly he wishes for powers like Billy’s. He’s a well-intentioned goof, but his baggage makes him the likable thorn in everyone’s side. 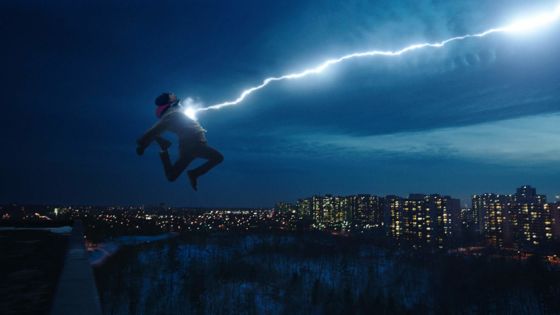 These three are the reason Shazam! gives you to enjoy it. In doing so, it gives a short shrift to the supporting cast, relegated to the background and only given a chance to throw in their lot when necessary. As mentioned before, it’s not a bad film; it’s just not enough. The requisite action is thrown in because, well, what’s a superhero movie without stuff going boom? It’s a paint-by-numbers film, but the colors which Angel, Grazer, and Levi use more than make Shazam! an engaging work of art.

Shazam! succeeds by mixing up familiar plots into an easily-digestible, unchallenging package, sure to go down smooth and leaving a pleasant aftertaste.