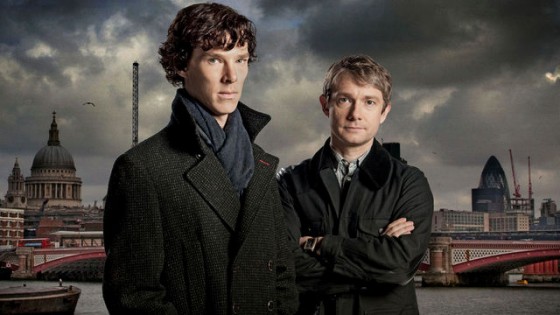 Did you ever buy something, let’s say of pair of kick-ass sneakers or a really sweet watch, just because you saw someone receiving tons of compliments from others, and in turn wanted to experience similar admiration? Sure you have. Everyone, even dudes, has done that. Well, that’s pretty much what American TV networks do when they see really awesome British series like The Office, Shameless, Being Human, Life on Mars, Changing Rooms, Prime Suspect, Whose Line is it Anyway and most recently, Sherlock.

Elementary, from CBS TV Studios and studio-based Timberman/ Beverly Prods., is described as a modern take on the cases of the pipe-smoking private eye created by Arthur Conan Doyle, with Sherlock now living in New York City.

I could ramble on about how ridiculous I think this is, but I’ll let this Sherlock Facebook fan page do the heavy lifting.

“WTF. American version of Sherlock Holmes. You be crazy!”

Crazy like a fox, eh? That would’ve worked if FOX not CBS was doing the show. Rats! Listen, I get it — the Tiffany Network is looking to class things up a bit after greenlighting ¡Rob! The CSI franchise is becoming stale. Two and a Half Men‘s wild popularity is still an embarrassment.

That’s all well and good, but expecting to capture an iota of the magic that Benedict Cumberbatch and Martin Freeman (Bilbo!) bring to the current British version is pure lunacy.

A major reason why the updated incarnation works so well (besides the amazing acting) is because each season is comprised of three 90-minute episodes. Molding it into a 15-20 episode run will do little to separate it from the countless other procedurals crowding the small screen. Next thing you know they’ll cast American actors. That was a joke, CBS execs. Please don’t do that.

If you’re not watching Sherlock, a) shame on you, and b) this is what you’re missing: