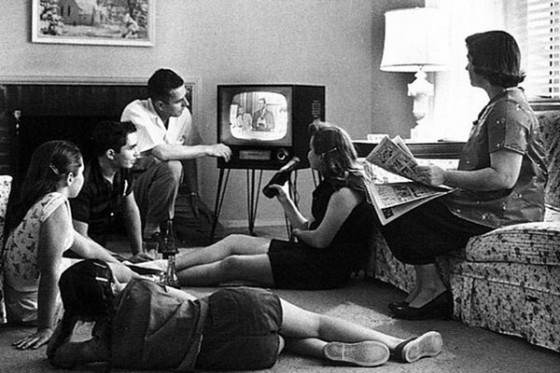 Even those of us who are nostalgic for old television appreciate the freedom of expression and innovative ideas of what’s currently available. Consider that in 1952 Lucille Ball was not allowed to be called “pregnant” on air or that in 1991 The Simpsons was only allowed to have “ass” said once in an episode. Television is constantly pushing the envelope for what is possible, but in some instances you might be shocked by what used to be broadcast over the air.

For Generation X on, the default assumption for the first reality show is probably MTV’s The Real World which started in 1992. Turns out that’s a bit late. About nineteen years too late, in fact.

PBS beat MTV to the punch with their twelve episode 1973 series An American Family, about a California family known as the Louds. The real standout of the series was Lance Loud who became something of a gay icon decades before Pedro Zamora did basically the same with The Real World.

Unlike today’s reality television, it’s highly acclaimed, with TV Guide calling it the 32nd best show ever made. Actually I haven’t checked the list, so maybe Toddlers in Tiaras is 31st. Although the whole series isn’t currently available, PBS features a two hour highlight film of the series here. 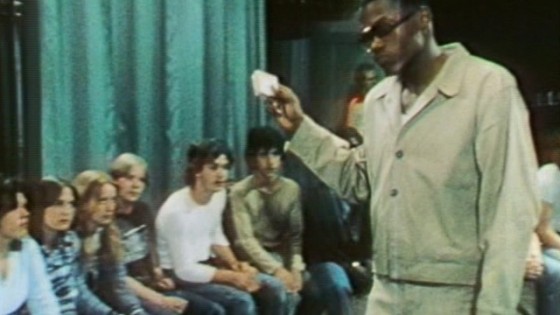 Imagine turning on the television to the sight of a prison inmate quietly telling a kid that he’s going to take out one of his eyes,  but only one so that the other can be used to see him squish the removed one. That was the potential case for millions when the Academy Award-Winning film Scared Straight! was aired uncut on network television in the late 1970s, showing the program whereby prisoners with life sentences scare delinquent teens with what prison life is like.

Decades before the controversial decision to show the simulated violence and harsh language of Saving Private Ryan uncut on network television in 2004, networks were willing to show men threatening to sexually assault teenagers. While there obviously is no violence, it was the first time many obscenities were voluntarily broadcast. It’s unfortunate, though, that decades of studies into the effectiveness of the program have showed it doesn’t work.

In 1956, a husband and wife team, Peter and Joan Foldes, made a short cartoon about a city being destroyed by a light that came from the night sky for the British Broadcasting Company. Although it runs only six minutes, it feels immensely padded since the story is just “there were these beings and they were blown up.” There are repeated bits which just make the point “animals looked up and saw the light and were scared.”

Most memorable in the cartoon are graphic drawings of people’s faces melting from the explosion while they scream in pain. It’s the sort of thing that seems like it wouldn’t be aired until ’90s MTV, but instead it was scheduled for broadcast on the Ed Sullivan Show. To give some idea of how incompatible this cartoon would seem with the rest of the programming, consider that magicians and ventriloquists were regular parts of the show’s lineup.

Naturally the cartoon horrified 1956 audiences. In fact, allegedly, one of the few medically confirmed instances of someone’s hair turning white from fear resulted from seeing the cartoon. Half a century later readers of Animation magazine voted A Short Vision by far the scariest cartoon they had seen as children. So, of course, it was aired a second time. After all, who were audiences to tell the runners of the Ed Sullivan Show what to air?