Where there’s a market, there’s a product, and when you combine something twisted with something childlike, chances are, you’ll sell it. Todd McFarlane figured this out years ago and has released several twisted ‘collectibles.’ 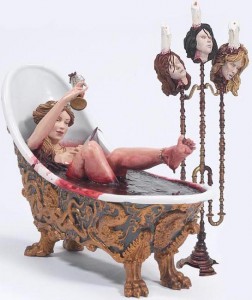 Lot No. 1 is a fine piece of work entitled ‘Elizabeth Bathory‘ from McFarlane’s Six Faces of Madness series. It depicts a Hungarian Countess bathing in the blood of virgins to keep her skin smooth and young. Disgusting? Aye. But this collector’s item is nothing compared to what perhaps the most prolific serial killer of all time did back in the early 1600s. It’s said that she murdered up to 600 victims. While there’s more evidence that the bathing-in-blood fiasco is more fiction than fact, Bathory remains one of the most gruesome humans to ever walk the earth. 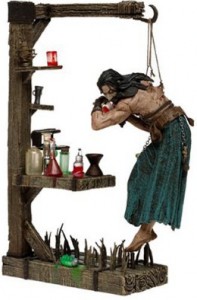 Lot No. 2 is a lovely display depicting a hard-working gent named Grigori Rasputin, a Russian mystic known as the ‘Mad Monk’ who regularly defied murder plots and was rumored to engage in promiscuous sexual acts. Here’s another historical figure whose antics may have been exaggerated but the legends were enough for him to be immortalized in this toy. 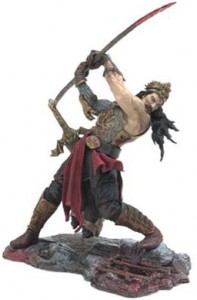 The Prince of Wallachia, more commonly known as Vlad the Impaler, was the inspiration for Bram Stoker’s novel “Dracula.” This Romanian fought the Ottoman Empire in the 14oos using horribly gruesome methods of torture and was rumored to dine alongside impaled bodies. 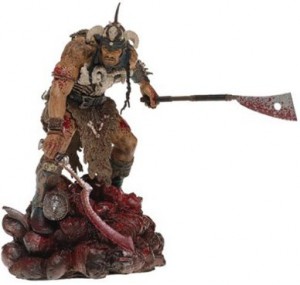 One of the Holy Roman Empire’s worst enemies in the 400s, Atilla the Hun led devastating raids into western Europe. Attila’s merciless army left a swath of devastation across much of Europe.

Also available: Billy the Kid and Jack the Ripper.

Who else McFarlane should make for the Faces of Madness series (and no modern day killers or dictators – that crosses the line): Ghengis Khan, Nero, Louis XVI of France, and Mary I of England.

Now that we’ve covered historical maniacs, let’s move onto items that children can relate to. 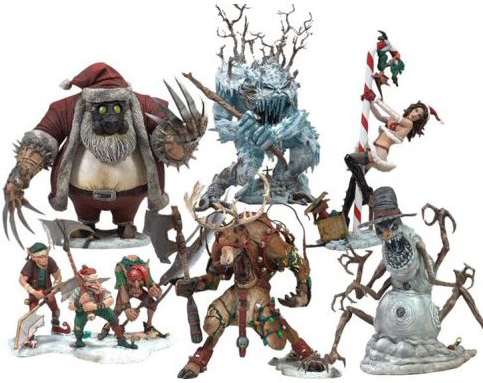 Aren’t these adorable? There’s nothing better than flying monkeys and munchkins, and this set has both. 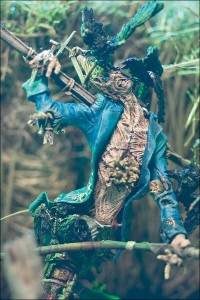 I don’t think it’s a stretch to take the Scarecrow and make him scary, but it still remains a fascinating figure. 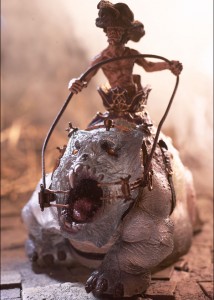 I’ve gotta admit, I didn’t expect this when I thought of Toto as a McFarlane figure, but here he is, rider and all.

Also available in the Twisted Land of Oz series: Dorothy with Munchkins (and an alternate version where she’s wearing a skirt), Lion, Tin Woodman, Wizard with Scientist. 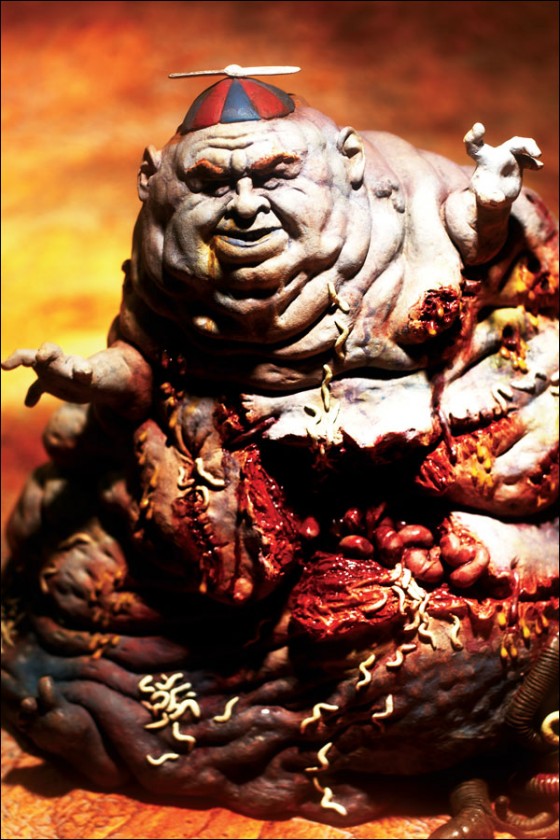 What else should McFarlane put out? I’m hoping: Twisted Alice in Wonderland, Twisted Star Wars, and toy versions of the Twisted Disney Princesses. And don’t forget to check out the world’s most disturbing toy!

To learn why chicks dig guys with action figures, check out this video from Asylum: