Travel > See > The Sights of the #SorentoTour

The Sights of the #SorentoTour

Last week we embarked upon an epic north-east road trip in the 2015 Kia Sorento and you probably saw some of our adventures via social media with the hashtag, #SorentoTour. We departed from Baltimore on Tuesday and picked up GuysGab in New Jersey with the navigation system set for Boston. Our main goal was to visit five ballparks in five days, but we also utilized some complimentary ticket booklets from the folks at CityPASS to check out some of the best that Boston and New York has to offer to tourists. CityPASS bundles each city’s must-see attractions into one ticket booklet and then offers it for sale at up to 50% off the combined prices for admission. Below we’ll highlight our ten favorite sights from our amazing road trip. 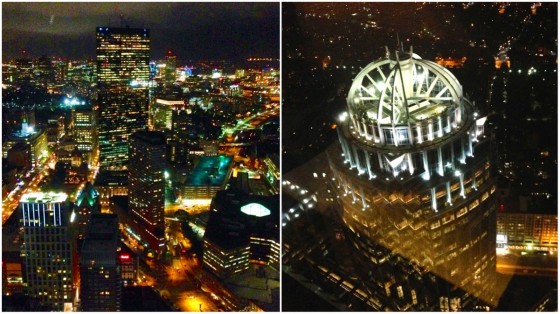 After a day full of driving the Kia Sorento, we made the Skywalk Observatory in the Prudential Tower our first destination upon arriving in Boston. It’s part of CityPASS Boston and despite some issues with parking, we thoroughly enjoyed the views from the 50th floor and dinner at Top of the Hub!

The Skywalk is New England’s only observatory, located on the 50th floor of the Prudential Center. Skywalk offers breathtaking views of Boston, and beyond, as well as an audio tour, Dreams of Freedom Museum and multimedia theater featuring Wings Over Boston. For a one-of-a-kind dining experience, visit the Top of the Hub restaurant on the 52nd floor. 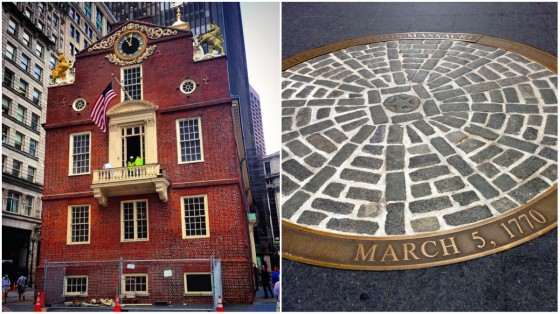 Our first full day in Boston began with a tour at the Old State House, site of the Boston Massacre. It was also included in our CityPASS Boston ticket booklet and is a must see for history buffs : 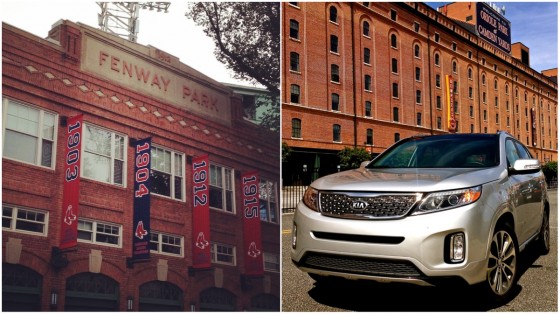 Boston’s historic Fenway Park was the first on our tour of five ballparks in five days, which concluded at Baltimore’s Oriole Park at Camden Yards :

Fenway Park is the oldest ballpark in MLB, serving as the home of the Red Sox since 1912. The home of the 2013 World Champions has been updated numerous times over the years, but is still a classic and one of the most well-known sports venues in the world. 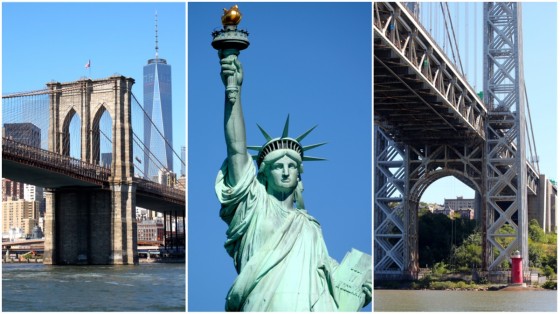 In New York, we utilized CityPASS New York to hop on a Circle Line Sightseeing Cruise which afforded us the best views of the city narrated by an expert tour guide. We upgraded our ticket for $5 more and circumnavigated the entire island of Manhattan!

Valid for Landmark Cruise, Harbor Lights Cruise, Liberty Cruise or The Beast Speedboat Ride. You will enjoy magnificent views of the world’s premier skyline with up-close views of the Statue of Liberty, Wall Street, The United Nations and much more. Our professional tour guides will share the legends and lore behind our great city. Upgrade to a Full Island Cruise and see over 101 NYC sights. Circle Line is the ONLY cruise which goes around the entire island. 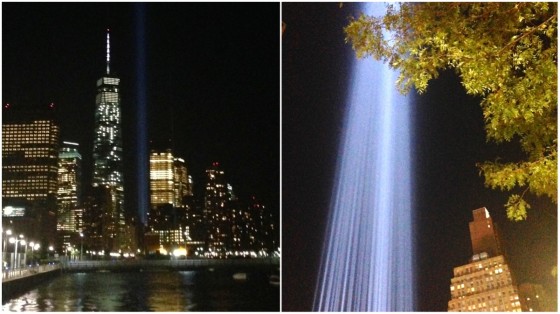 After visiting Yankee Stadium in the Bronx on September 11th, we rode down the West Side Highway, stopping at Pier 40 for an amazing view of the Tribute in Light. Sadly we didn’t have our DSLR camera with us that evening, but the moment will live on forever in our memories. The second photo above was taken up close to ground zero, near the base of the twin light towers. 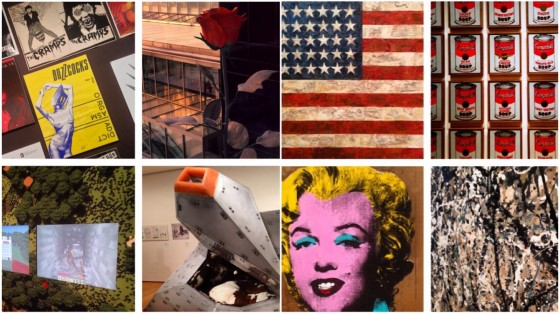 Our next stop in New York was to the Museum of Modern Art (MoMA), also included with CityPASS New York. Our time was limited, but we were able to see a wide variety of impressive works : 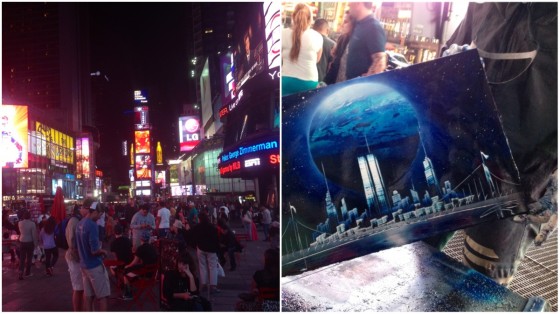 No tourist’s trip to New York City is complete without at least a walk through Times Square, which we found time to do after the Mets game on our last night in the city. We were once again reminded why they call it the city that never sleeps, and were particularly impressed with the spray paint street artists. Check out our Hyperlapse video of that painting on the right being created before your very eyes in an amazing way.

Top of the Rock – New York 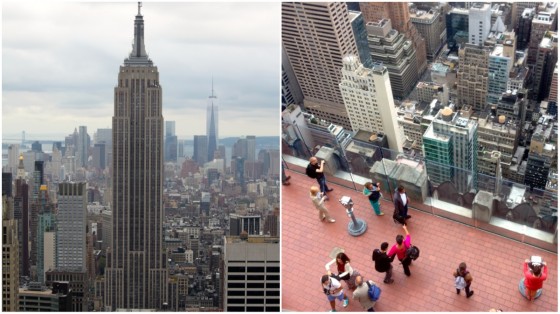 Our last stop before leaving New York was to visit the Top of the Rock with our CityPASS New York. We’ve previously been up the Empire State Building on multiple occasions, but the multi-level observation deck at NBC’s GE Building (famously depicted in Lunch Atop a Skyscraper) was totally unique.

Top of the Rock™ Observation Deck offers stunning views of New York City and beyond. Come experience our interior and exterior decks on the top three floors of this magnificent art deco building. Enjoy 360° panoramic views 70 stories up in the sky. 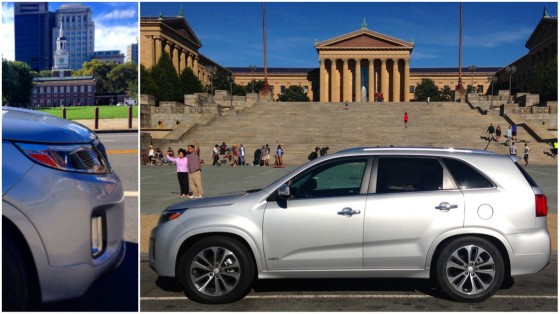 Our time in Philadelphia was filled mostly with tailgating and baseball, but we found some time the following morning to drive by some important Philadelphia landmarks. On the left you see Independence Hall, where true historical events happened. Consider the size relationship between the two images to represent the average American’s interest in these two sites, as on the right is the Philadelphia Museum of Art, which is most famous for the steps out front which were prominently featured in Rocky IV. Nearby you can find the Rocky Statue and all day long you can see stupid tourists like us running up the steps and bouncing at the top with their fists in the air like Rocky. 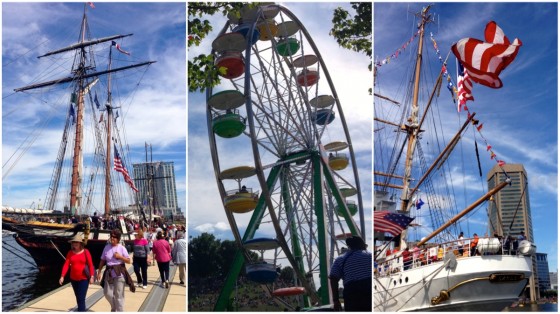 Finally our road trip concluded in Baltimore for the 200th Anniversary Celebration of the Star Spangled Banner. Tall Ships and a festival filled the Inner Harbor area and the Blue Angels performed over head. It was a gorgeous day and the perfect way to finish our trip before the Orioles defeated the Yankees in Derek Jeter’s last game at Camden Yards that night on national television.

Special Thanks to Kia and CityPASS for making this trip possible.