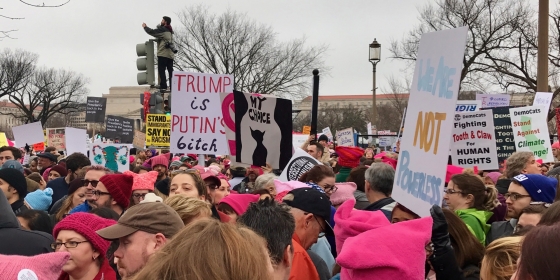 Today, Millions of people around the world gathered in over 500 cities to march in opposition to Donald Trump. While the event was named the Women’s March, it welcomed Men and children, and it had one unifying theme, resisting Donald Trump and his agenda. So many people protested, that is now qualifies as the largest protest in American history. 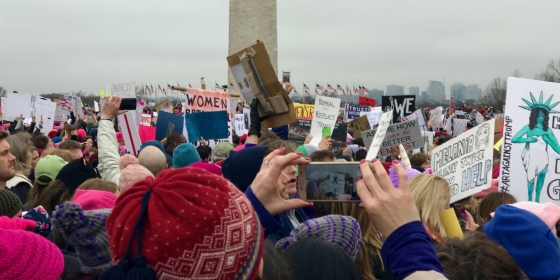 We were proud to participate in the flagship event, the Women’s March on Washington, D.C., with a crowd that far exceeded the Inaugural crowd from the day before. There were definitely some logistical issues, due to the massive crowd of over 500,000 showing up, when organizers were expecting much less. Overall though, the event was amazing, and the tone and atmosphere was very welcoming and peaceful. 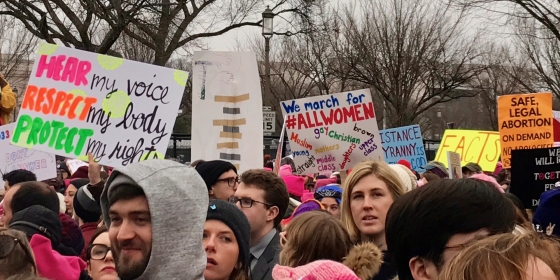 Like any large Rally or Protest, the Women’s March on Washington featured some amazing signs. Despite what Trump, the GOP, and Fox News would like you to believe, the protesters were not paid, and their signs were almost entirely hand-made. This wasn’t some Soros backed conspiracy, Millions of people actually despise Donald Trump. We are the majority, and we will not be silent. We will resist. Check out 40 photos we took of signs representative of the event. They range from poignant and inspirational to sarcastic and insulting. We wouldn’t have it any other way.