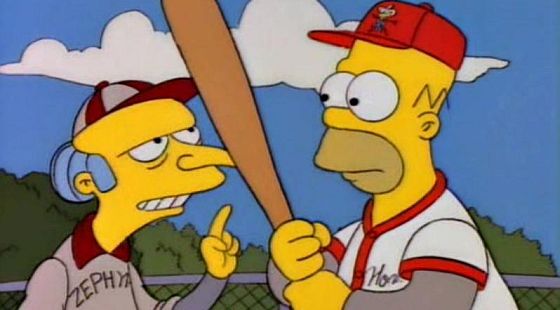 Yesterday we kicked off the 2013 baseball season with a cover image of the Springfield Isotopes from The Simpsons. Since The Simpsons is one of our favorite shows, and the legendary Homer at the Bat episode one of our favorite episodes, there was no question that we would again dip into that well during the 2013 season. What we didn’t expect that we would be referencing The Simpsons again so soon, but we had to share this “trailer” of Mr. Burns, as Brad Piit, as Oakland GM Billy Beane.