We’re big fans of Digg here at Gunaxin, because it continues to draw our attention to great content around the internet. Tonight I happened to see these sitcom maps, and I felt compelled to share them with you. These maps have been produced by Dan Meth for his site, and they show where television sitcoms have been set. I think the idea is great, although the execution on the U.S. map could have been a bit better. Maybe some flash developer can undertake that task. I noticed Dan didn’t try to play the Simpsons on the map. I guess he doesn’t know where Springfield is. 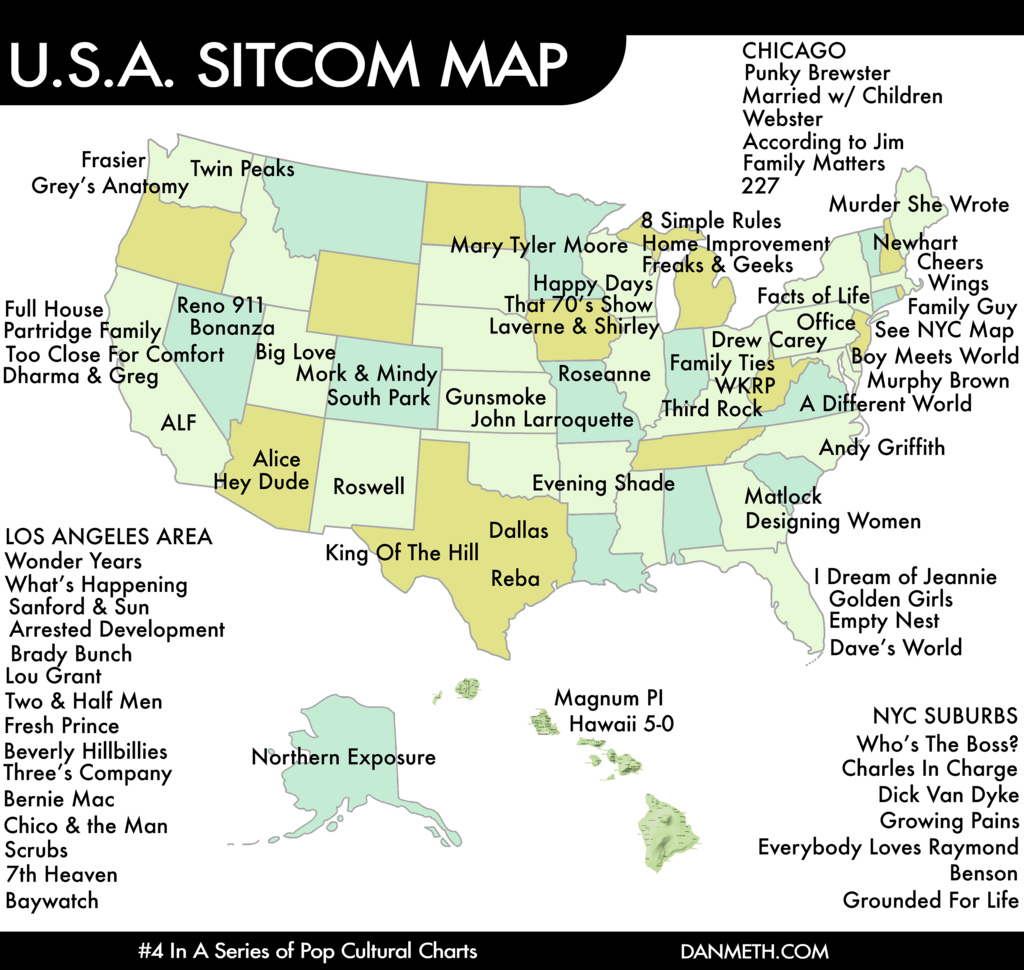 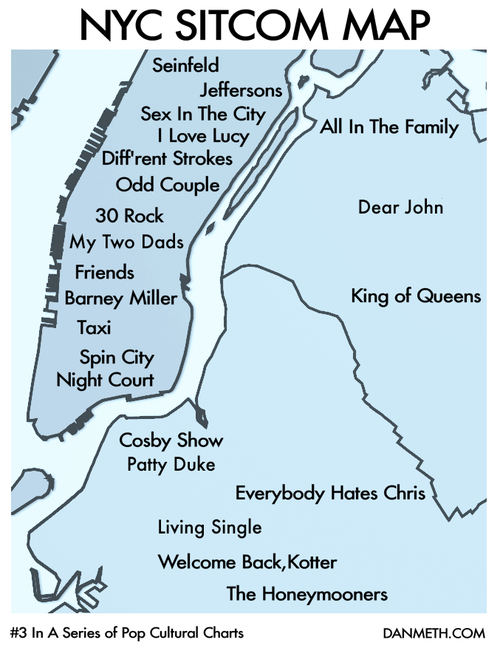 If you enjoyed these, you may also enjoy Dan’s Sitcom Houses and The Trilogy Meter.