Media > Movies > The Sitter Gets a Red Band Trailer

The Sitter Gets a Red Band Trailer 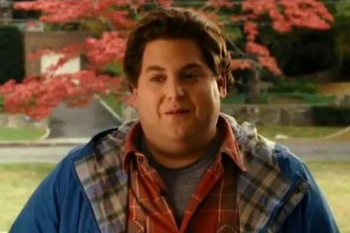 If you’re not familiar with Jonah Hill’s latest project The Sitter, due out December 9th, it is the story of Hill babysitting some typical bratty children. Directed by David Gordon Green (Pineapple Express), the film is guaranteed to be crude and full of inappropriate and possibly hilarious moments.

The red band trailer below is introduced by Hill himself, though you may not recognize him as he has shed his trademark weight. He has a brief vulgar Q & A with some children before the actual trailer begins, where thankfully, Hill is still his portly self. Sorry world, it’s a fact – fat guys are typically funnier than thin ones.

The movie itself looks exactly like you’d expect based off the premise. One large, dopey guy, a few annoying kids and a typical night that transforms into a night of drugs, car chases and explosions. We aren’t completely sold on this one, but hey, it’s always fun to watch adults swear at children.