Six Awesome TV Characters Who Need Their Own Shows 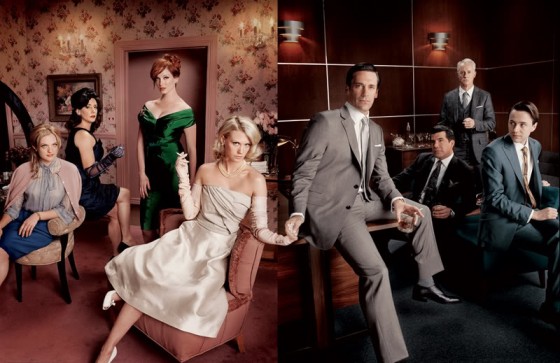 No Mad Men in this post, but it's still awesome

While the main characters get all the hype in shows like 24, The Office and 30 Rock, it’s often the supporting cast that makes those shows great.  You’ll see a drama where there’s some background character turns out to be a bigger badass than the star, or a fringe character on a comedy will absolutely annihilate with the funniest line of the night.

Well we’d like to see more of those people, damn it.  So we got to thinking, who are some great supporting television characters who need their own show?  We excluded the obvious choices like Ari Gold and Barney Stinson, who have pretty much taken over as the driving force behind the successes of their respective shows.

So now we’ve narrowed it down to a list of six of our favorite characters we’d like to see branch out and become the stars.  Because frankly, they’re just that awesome. 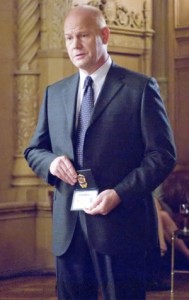 "Ma'am, federal law requires you to give me my own show."

The loyal, world weary and totally badass secret service agent has pretty much been through and seen it all.  While Jack Bauer was getting all of the accolades for saving the world over and over, Aaron Pierce has just kept on plugging along, even coming out of retirement to help out at every turn.

All the while he’s been one of, if not the only character on 24 who has stuck to his principles throughout the duration of the show, a level headed guy who just goes about the business of kicking ass and saving the day without ever taking even an ounce of credit.  And unlike Jack Bauer, he’s never tortured a dude with a lamp. Also a bonus is that he’s yet to be killed off, the same can;t be said for many of 24’s more memorable characters (and less memorable ones as well).

5. Murray Hewitt (Flight of the Conchords) 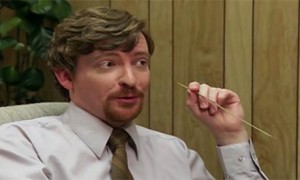 The perpetually naïve and often flustered Murray is always in over his head when he tries to maintain the balance between band manager and attaché to New Zealand.  Every scene in which Murray pops up is bound to be pure gold, and fans always get especially excited when he takes center stage.

Considering how remarkably funny every single member of the cast is, the fact that Murray stands out so much speaks volumes to both how awesome he is as a character as well as how damned hilarious Rhys Darby is in playing the role.  We’re not sure what a spin off about Murray would entail, but whether he attempted to break into showbiz himself or trained dolphins, we know it would be one of the funniest things on TV. 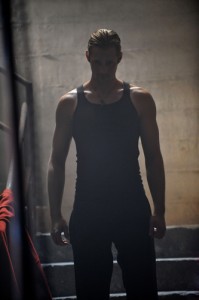 This one's for the ladies.

Yes, we know that True Blood is basically a primetime soap opera with vampires (and other equally strange assorted creatures).  But the show also has a few things going for it that not many others can boast.  First, Anna Paquin gets naked in it.  Like, a lot.  And two, it’s got Erik, one of the most badass characters on TV.

Until now, we’ve only been given glimpses to just how badass Erik really is both in a flashback and when someone really, really pisses him off.  However, can you imagine how awesome a show about Erik’s previous 1,000 years of life could be, watching him epically destroy everything in his path?  On the bright side, we may actually get to see a little of this if HBO lives up to their promise of showing more flashbacks of everyone’s favorite Norse vampire. 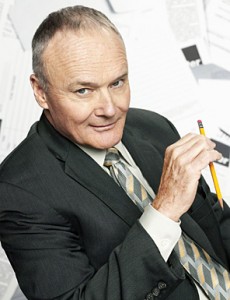 Also for the ladies.

There’s only one reason Creed isn’t higher on this list, and that’s the fact that unlike some of the other characters mentioned here he might be a bit too much of a one note character to really drive a show.  Still, every second with Creed on The Office is sheer genius, as the writers really seem to love giving him the most bizarre and hilarious one lines imaginable.

The reason we think he could pull off his own show is that it would be amazing to delve into the demented life that he claims to have.  By our count, he’s faked his own death multiple times to get out of debt and killed a man named Creed Bratton, because he crossed him once.  He sells fake ID’s, and based on his reaction to being told (in the midst of a murder mystery game) that he might be wanted for murder, we’re thinking that Creed Bratton might just be Scranton’s criminal kingpin.  We’re dying for a deeper look into the life of Creed Bratton, though at the same time we’re horrified to think what we might see. 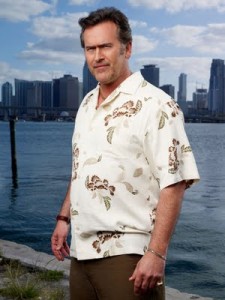 Okay, so this one's for the fanboys.

Yes, Sam Axe is this high on the list in large part because he’s played by the one and only Bruce Campbell.  We readily admit that, because Bruce wouldn’t want us to lie.  It’s not his way.  But this is also one of the cases where the level of awesome of the character actually lives up to the awesomeness of the actor portraying him.

Sam has done it all.  Former special forces, former secret agent, and current beer swilling, gold digging tail chaser who gets the chance to prove now and then (typically as his undercover alter ego Charles Finley) that despite being a little over the hill and out of shape, he’s still got what it takes to kick some serious bad guy ass just as efficiently as Michael Westen.  And damn it, it’s about time Bruce Campbell got his own show. 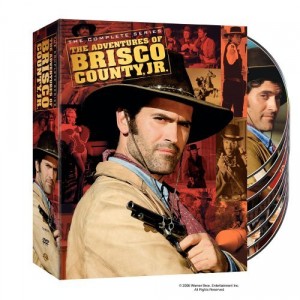 Er, we meant a successful show. 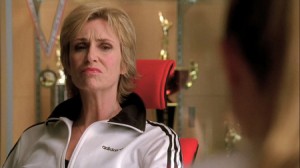 The way we see it, anyone who can fill her own cavity can carry her own show.

Go ahead, get the laughing out of your system.  Yes, the number one spot goes to a character from a show that is basically a musical comedy.  Well first of all, if you’re actually laughing you’ve clearly never seen the show, which is bitingly hilarious, in large part thanks to the great Jane Lynch as Sue Sylvester.

Sue is a character of epic proportions.  She claims to have been waterboarded, lives with hepatitis, once filled her own cavity, euthanized her own mother, enjoys yelling at homeless people, “Hey, how is that homelessness working out for you?  Try not being homeless for once”, thinks the desire to procreate shows personal weakness, doesn’t trust men with curly hair, and has taken a pro-littering stance, hoping to someday see every inch of the state covered in garbage.

Basically, we’re saying that if you put a show of Sue Sylvester simply staring into the camera and giving her views on life, that would rank right up there with some of the greatest and funniest shows of all time.

Probably with the most tragic, too.