You think to yourself, “LOL, this shit cannot possibly happen.” But not only could they happen, they actually did.

Lazare was born in Italy and when he was just 9 years old, went to Paris by himself because Italy cannot contain his juvenile badassery. While there, he worked on a variety of blue collar jobs such as a chimney sweeper and paper boy, which for a kid,were like lumberjack and travel writer. When Lazare was 16, he lied about his age so that he could enlist in the French army. He fought valiantly in World War One and bumped into his long lost brother. Along the way, he also saved a German soldier.

Those were pre-Mussolini times when the world was still a much simpler place and Italy entered the war on the side of the Allies. When that happened, Lazare who was still Italian got drafted into the war and so he went back to fight for Italy.

After everything was concluded, Lazare’s appetite for masculine combat was still not satisfied and we waited twenty long years so that he could beat the Germans again. But by then, he was too old and rejected. Not daunted, Lazare moved to France to help the resistance. 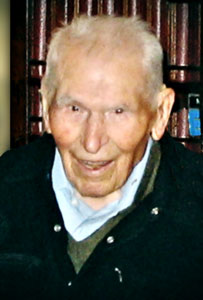 The face of awesomeness.

Despite all that combat hunger, Lazare was a pacifist and an advocate for peace, much like many Shaolin movie protagonists. He actively condemned war, saying, “You shoot at men who are fathers, war is completely stupid.” Lazare also refused to wear his medals, preferring to keep them in his shoebox.

In other news, he started a metal company after the war and its revenue is now 300 million Euros a year.

Maurice Floquet was France’s oldest man on record and oldest soldier ever. That is an astonishing feat considering his lifetime fixation with wacky accidents. We cannot possibly fathom what he died of, as this man was practically invincible.

Maurice joined the French army in 1914 at age 20. Immediately, he was wounded in the Battle of Marne and then again at Somme while fighting with bayonets. You may think these injuries would put a man off fighting for good. Well, it’s true. For lesser men that is. Maurice went on get wounded again when he fought in Neuve Chapelle. A flipping rock pierced his throat and he was saved by -of all people- a German. Apparently, they are really kind people. 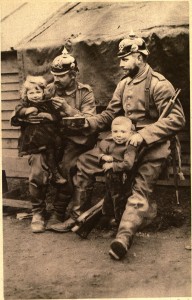 And the children love them.

That injury put him out for a while, but within a year, he was back on the Western front, no doubt to show his German savior some good ole French gratitude.

This time, however, he again encountered injury by getting his entire ear blown off and a hole in his head, but everything was fixed perfectly with a piece of somebody else’s cartilage, which the nurse found.

After the war, he enjoyed four awesome years as the oldest man in Europe before dying in 2006. At the time of his death, he still had a German bullet lodged in his arm.

George Johnson was California’s oldest man and one of the very last of the US’s WWI veterans. He was so old that he met the original Henry Ford, John d. Rockefeller, survived the Great Depression, and -not to mention- WWI.

He was the grandson of Andrew Jackson and also the son of a black man, which makes him something like Obama. 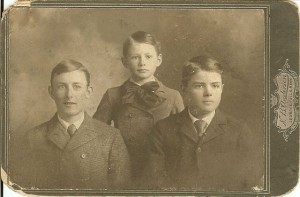 Probably another George Johnson, but whatever.

During WWI, he served in the US army. He was a soldier, except that he was not called one. During those days, instead of soldier, they said doughboy.

After the war, he moved to San Fransisco and promptly built the largest house in the Bay Area. By hand and alone.

He eventually died in 2006 after crediting his long life to not taking medicine.

He as born a gifted horse rider and was selected for the Italian equestrian team, but Amedeo did not just want to ride horses to impress crowds, he wanted to kill people too, so he turned it down and used his royal connections so that he could command cavalry in war instead. In Libya.

He is very sensitive about his hat.

There, he distinguished himself in combat and was due for promotion, but at that time, Italy was being overwhelmed by Mussolini and his pseudo Roman bullshit. Amedeo was so pissed that he requested to be transferred to Ethiopia to fight the Rastafarian God, Emperor Haile Selassie. 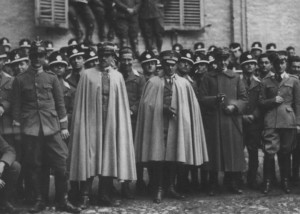 While there, he distinguished himself further and was given the title, “Devil Commander”

After that, he was given the command of an entire battalion in WWII when he was only a Lieutenant, a rank meant to command only a platoon. Remember him being in charge of Cavalry? Well, the Italians pitted him against British Tanks. Needless to say, his battalion faced obvious defeat no matter how badass he was.

That enraged Amedeo to such a great extent that he private war against them after Italians surrendered. With only himself and a few trusted members of his former battalion, he set a region on fire every night for eight months.

After all of that, he found himself in trouble and hence, made his way to Yemen after a myriad adventures, such as being a water seller. While there, he befriended the Imam and trained his army. However, things there again started getting too hot and Amedeo escaped back to Italy by sneaking on board a Red Cross ship.

Once he returned, he was promoted and transferred to Military intelligence where he worked with (ironically) the British. Burn our lands now, would you? 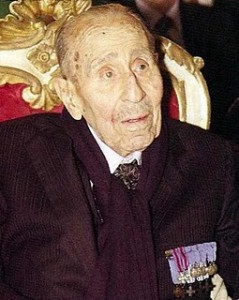 “Should have just died in Yemen”

He eventually died in Rome June 16, 2010. He still thinks the British are dicks.

Charles Kuentz lived to be 108 years old and was one of Imperial Germany’s last surviving veterans of WWI. He was so old that he was German when Germany was still called the retarded and communist name, Prussia.

Among veterans, he stood out by having the distinction of having fought on both Western and Eastern fronts and also for both the Allies and the Axes. We would totally like to add in, ‘simultaneously’, but then you would most definitely shit yourself. 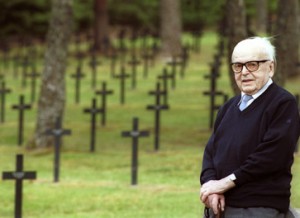 Charles and all the graves that he was responsible for. Hypothetically.

Firstly, he fought for the Germans in WWI, but when Germany lost, the land that he lived on was given to the French and so, during WWII, Charles was drafted into the side of the French (the losing side).

After the French gave in to the curse of their ridiculous nationality, Charles found himself German again. His son even fought for them and got his retribution in the form of a severance package (which was in the form of death) on D-Day.

Following that, Charles decided that the Germans sucked ass and became French again where he would remain until his death,.

George Browne was the last veteran of the Jocobite Uprising and lived to be only 96 years old. That is by no means old, but then again we must remember that George was born in the 1600s. During those times, a man over 50 would be worshipped as a god (and a woman, stoned as a witch).

He became a mercenary at 27 and distinguished himself in various wars, such as the Jacobite uprising, eventually attaining the rank of general. During one of those classic adventures which would most certainly be glorified by singing minstrels, George was captured by the Turks and sold as a slave. Three times. We imagine there to be some mechanical defect present.

But soon enough though, he freed by the French, but chose to stay behind as a slave to spy on his captors because who the hell needed the rescue of the French? 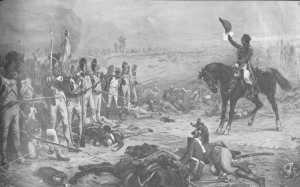 They probably would end up surrendering anyway.

After the whole ordeal, George was promoted by Anna of Russia to major-general. Years later, George managed to piss off the Czar so much that he was forced to leave the country after being stripped of all his titles. We do not know what he did, but we assume that it was because he refused to take shit from anybody.

Eventually, a regretful Czar called him back and appointed him governor, demonstrating to the whole country that George was pretty awesome. George would stay there for the rest of his life and involved himself with day-to-day operations until the day he died.