Humor > Pop Culture > Six Things We Believed in the 1980s

Six Things We Believed in the 1980s

These days, culture appears to so bereft that people actually pine for the 1980s, believing that there might have been some then. Looking back though, if you broke down some of the lessons that the 1980s may have taught you – then no culture might almost be considered to be preferable. 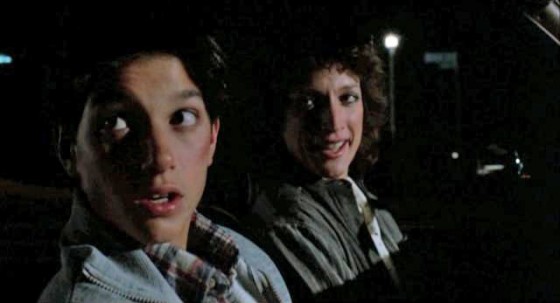 In the Karate Kid and other movies, the adults are generally portrayed as not only being useless but generally dangerously so. Are there bullies beating up a kid in tandem? The obvious response is to have the children fight in a tournament where at least you have a referee. No parents or school administrators needs to get involved. They just need to have some structure if they are going to fight.

In a lot of ways, every adult in the movie condoned the situation as occurring. The truly intolerable part seemed to be that a rich girl was dating a poor boy. Presumably, had Daniel lost the tournament, it was now perfectly acceptable to break up Daniel’s relationship and just start randomly kicking his ass again. After all, he did lose the tournament.

The real trouble comes when you get a supernatural threat. If you have a murderous beast in your neighborhood such as in Lost Boys, Fright Night, or Monster Squad; you might as well take your chances with an ancient evil as attempt to actually convince someone over the age of 18 to help you.

If you look at a lot of heroes put forth in the 1980s, they were often Vietnam Vets who had either been screwed over by society or the military or both. The other option was Vietnam veterans continuing to kick ass in somewhat unstable ways. Lethal Weapon’s Martin Riggs, John Rambo, the entire freaking A-Team, and G.I. Joe were all examples of people who were dealing with the aftermath of the Vietnam War in quite possibly the most violent ways possible.

This gave you an entire generation of young boys cursing their mistake of not being born 20 years earlier. As least then, they could be a former Special Forces soldier who was now a human ticking time bomb with a short fuse. What could possibly go wrong there?

3) The Soviet Union Was Evil 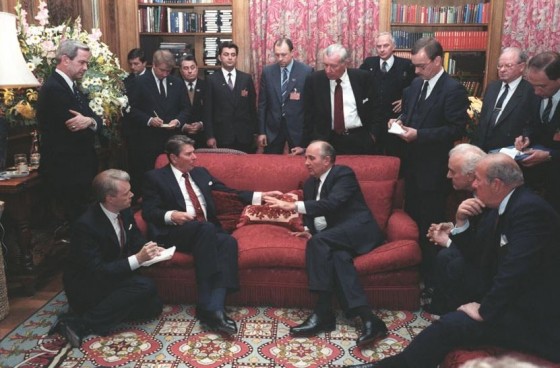 This was not just something that you gathered from empirical evidence. The Soviet Union being a country dedicated to evil and villainy was taught in schools. It was mentioned by the President of the United States. No one even bothered to question it when a Soviet was portrayed as a villain in a movie or on TV. It was like you had an entire country dedicated to raising the next Lex Luthor. Vladimir Putin aside, there was exclusive license to hate the entire country. No one even bothered to tell you what ‘communism’ or ‘socialism’ was in grade school. It was there. It was in the Soviet Union and the Soviet Union had a genetic disposition towards super villainy on a truly genetic level.

4) A Nuclear Holocaust Was Coming

In the case of a nuclear strike, you were to get under your desk and bend over. The theory here is that after blast buried you, then the wood and metal of the desk would serve as a casket for whatever happened to be left of you. If you made it to 1990, there was a good possibility that you would be living in the wild among piles of ruin with a tie on your head screaming ‘Follow me! Follow me to FREEDOM!!’

You got to learn about such colorful terms as ‘Mutually Assured Destruction.’ There were movies detailing worse case scenarios such as Red Dawn, The Day After, and to a lesser degree comedies such as Spies Like Us! Wargames assured us that a plucky bored high school teen could probably reasonably trigger thermonuclear war. Everyone was convinced Ronald Reagan was probably a bad case of gas away from nuking Moscow. If you want to get to the heart of reckless behavior in the 1980s, you might want to start with the fact that the apocalypse was preached from the pulpits as well as discussed candidly on the evening news.

5) Racism was a Thing of the Past

This is another one that was honestly taught in elementary schools as well as reinforced by popular culture. The teaching went that racism was a horrible period in human history. Thankfully, the leaders and events of the 1960s solved all of that before you were ever born. Don’t be a racist and racism can never come back again. Society tried to portray itself as color blind as humanly possible. People grew up simply believing that racism no longer existed. Granted, they grew up to learn differently. The point was that there was a day and age in which racism was taught strictly as a history lesson. It would have been nice if it had been true. 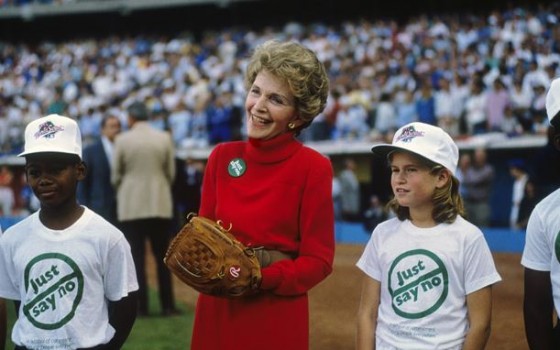 The problems in the 1980s all had simple solutions. Drugs? Just say No. Space aliens? Send in the space marines. Famine in Africa? Sing a song to raise money for food. Seemingly, everything in the 1980s could be reduced to one simple action. When the steroids scandals of the modern age occurred, there was honestly a thought in the back of more than a few people’s minds of “Didn’t we do away with this in the 1980s?” We had an event. We passed a law. We took care of that. We were amazed that people even had problems once the 1980s were done. Again, it would have been beautiful had all of that actually been true.