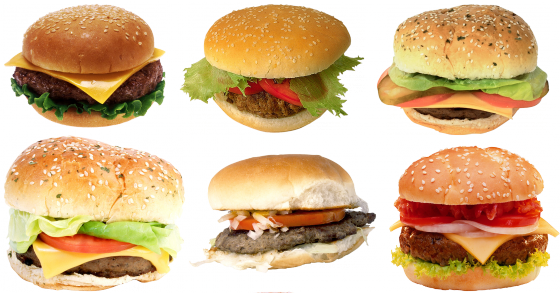 Fast food restaurants are an integrated part of American culture. These quick serve restaurants are as much a part of the American heritage as Apple Pie, Baseball, and the Statue of Liberty. The good ol’ American hamburger is one item that can be found on most Fast Food restaurant menus. So in honor of National Burger Day, here are six from chains that we find among the most craveable burgers you can find : 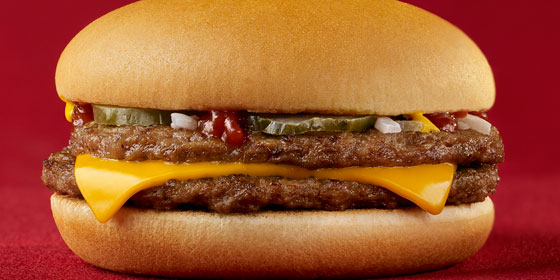 McDonald’s has a quality of food that is consistent in every restaurant around the world. The affordability of the value menu helps keep people returning time and time again. The McDouble is the 99-cent cheeseburger on the low-priced menu; it is one of the better value menu offerings of any fast food restaurant. It has two patties, a slice of cheese, mustard, ketchup, and diced onions.  It is exactly like the Double Cheeseburger, except fifty cents cheaper and missing another slice of cheese. Combine it with the McChicken to make yourself a McGangBang.

Jack in the Box – Sour with the Savory 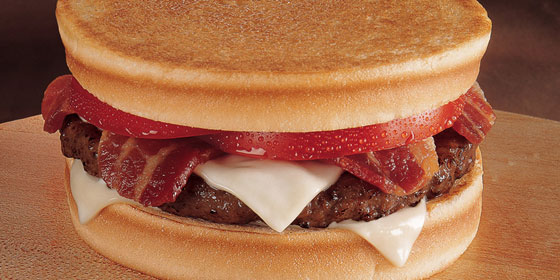 Jack in the Box has a Sourdough hamburger that tastes better than many backyard-grilled burgers. The sandwich, dubbed the Sourdough Jack, is two slices of toasted Sourdough bread with a thick beef patty topped with bacon, Swiss cheese, Mayo-Onion sauce, tomato, and ketchup. All the flavors combine to create a mouth-watering sandwich that is best served hot. The melting cheese combines with the freshly cooked bacon and hamburger to create a dish that doesn’t need even need a side. 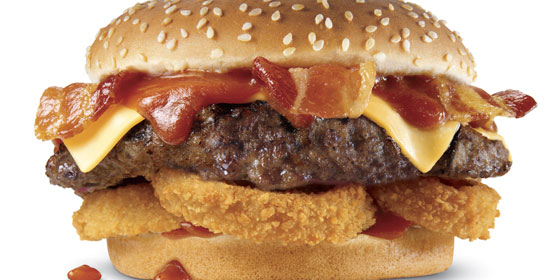 Carl’s Jr. is a classic burger joint, serving the fine folks of the western USA for over sixty years. One of the best burgers on the menu is called the Western Bacon Cheeseburger. This item has no ties to the old west; instead, it is a sandwich that encapsulates the varied California style. The sandwich starts with a hot charbroiled beef patty, topped with American cheese, two deep-fried onion rings, two slices of bacon, and covered with tangy BBQ sauce. This is served on a Sesame seed bun. The ingredients on this burger combine to create a taste that is one of the best of any fast food restaurant.

WhatABurger – A little bit of Texas 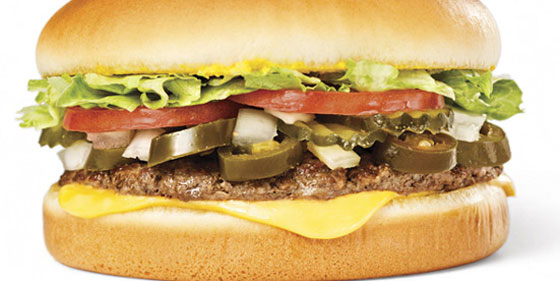 Whataburger is a hamburger joint straight out of Texas. The items are big and tasty and the orange and white decor is noticeable from the street. One of the best items on the menu is the Jalapeno and Cheese Whataburger. This is a large beef patty topped with the basic hamburger toppings. The real kicker is the Jalapeno and cheese. The spiciness of the Jalapeno is cooled down a bit by the smooth taste of the cheese. It is a great choice for a burger. 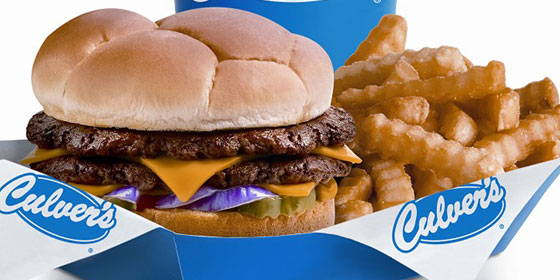 The classic Butter burger from the Midwest joint named Culver’s is a great addition to your burger tour. Every burger is served between toasted and buttered buns, with a variety of toppings that can be added to the sandwich. These toppings include all the basics: Lettuce, tomato, cheese, bacon, and various condiments. The butter burger has a great flavor that sits in the mouth long after the burger is finished.

Burger King – Home of the Whopper 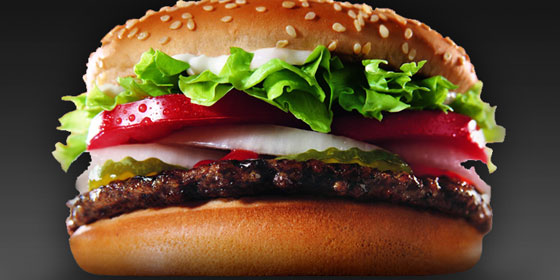 No fast-food burger list would be complete with out the ruler of the bun, Burger King. Established in 1953, Burger King is now a global chain, and without a doubt, it’s most famous offering is the Whopper. Originated in 1957, the quarter-pound Whopper hamburger was created by Burger King’s new owners as a way to differentiate BK from other burger outlets at the time. Since its inception, the Whopper has become synonymous with Burger King, and has become the focus of much of its advertising. It’s now offered in numerous varieties such as the Double Whopper, California Whopper, Nacho Whopper and the Angry Whopper.