These very bad girls have broken the rules and deserve to be punished.

In the sporting world only one thing matters, winning. Despite the sunshine and rainbows we are taught throughout school the inescapable truth is that only winners are remembered. Losers are laughed at and many times are taunted by that “Na Na Na Na Hey Hey” song. Things that sometimes get in the way of winning like sportsmanship, ethics, integrity, are just speed bumps to be overcome. These are a collection of athletes and teams that never saw a rule they couldn’t bend, and bend them they did, right to the breaking point.

Who Were They: A bunch of guys playing some goofy game called soccer (or football as they hilariously call it). Apparently this game is fairly popular in some parts of the world and they were playing Grenada to advance in the quest for the big Hoobidity Hoo trophy or something. Additional fact, they were from Barbados.

How They Abused the Rules: The Barbados team needed to win the game against Grenada by at least two goals in order to advance to the next round of the tournament. If you know anything at all about soccer, then you realize that scoring one goal is enough to send soccer fans into a rabid, mouth foaming rapture. When soccer fans speak about “the goal” they speak with reverence because it was likely the only goal scored in the entire 90 plus minutes of play.

Because of this Barbados knew they were pretty much screwed because they were ahead 2-1 with only a few minutes left. Some on the team felt that they could score that third goal, but most felt that 3 goals was a myth, like the Yeti or finding a girl on Chatroulette .

Some bright guy read the tournament rules though and discovered that if the game ended in a tie and went to sudden death overtime then the winning goal would count as 2 goals. This realization set off a chain of the most ridiculous events ever seen in soccer or even real sports.

The Barbados players, all members of their local math clubs, promptly turned around and shot the ball into their own goal, tying the game. The Grenada team, having read Stephen Hawking’s books, soon realized what was happening and ran around trying to score on BOTH goals to either win the game or lose by one. Thus it became the most entertaining game of soccer…EVER.

What Happened: Barbados went on to win the game in overtime and advanced to the finals. Neither team was penalized because each was in fact trying to do what it took advance to the finals and scoring on yourself was technically not illegal. Plus, soccer being what it is, most of the soccer world was busy practicing faking injuries. 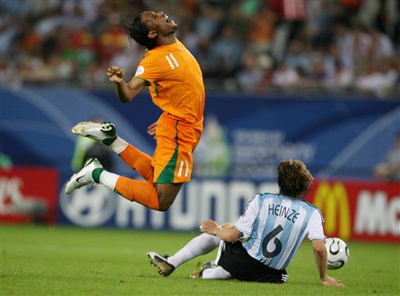 5) The St.Louis Browns and Edward Gaedel

Who Were They: Gaedel worked on airplanes during WWII. After the demand for airplanes died down when we finished kicking ass, Gaedel took a job as a mascot for a records company. It was around this time that Gaedel’s natural talents were recognized and he was signed to play baseball for the St. Louis Browns.

How They Abused the Rules: The Browns secretly signed the contract with Gaedel on a Friday afternoon and sent the contract to the league office. They knew that no one would look at the contract until Monday so that when Gaedel entered the game his contract would be technically valid.

Sure enough when Gaedel came to the plate, the umpire took one look at the 3’7″ midget, figured something was up and immediately called a stop to the game. 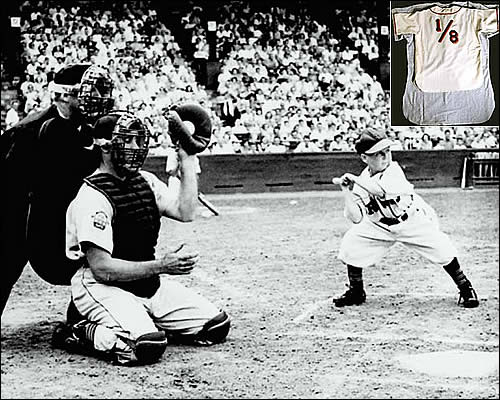 As a fielder Gaedel played short sto…..ah forget it.

The Brown’s manager was ready for this though and showed the umpire the valid contract. As the umpire could find no rule against midgets or other fairy tale characters playing he let the game go on.

“You elves play any ball?”

Gaedel took the plate and watched as the pitcher threw 4 straight balls. Apparently it is fairly hard to throw strikes when the batter has a strike zone of less than 3 inches. Gaedel took his place and was promptly pulled for a pinch runner as blazing speed and a tiny strike zone do not go hand in hand.

What Happened: The Browns lost the game 6-2 and the shenanigans caused the league to change the rules so that players could not appear in games until contracts were formally approved. It was the only appearance for Gaedel who continued to work in promotions for the team in roles that did not require athletic ability, or height.

Who Was He: Chamberlain was the original big man in basketball. Back in the 60’s most basketball players were a lot smaller than they are today. The fact that Chamberlain was 7’1″ tall made him a dominant force in the game. His height earned him the nickname “Wilt the Stilt” because the 60’s were also an era of lame nicknames. Chamberlain is known for the time he scored 100 points in a game and the time he lied about sleeping with 20,000 women. 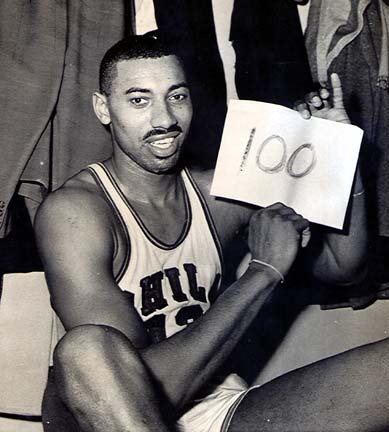 The number of women Wilt claims to have slept with the day the photo was taken.

How He Abused the Rules: Chamberlain wasn’t just a great basketball player, he was also an all around gifted athlete. He actually ran track in college. While playing basketball he used his gifts to make up for the fact that he was an utterly craptastic free throw shooter. Ironically, one of the best players in the world had a hard time with the simplest shot. This is kind of like the world’s best fighter pilot having trouble putting on his seatbelt.

To compensate for this Chamberlain developed a unique way of taking free throws which involved him running and jumping from the free throw line and dunking the ball. At the time there was nothing against it in the rule book because when they developed the game in the old timey days none of the skinny white guys posed much danger to the peach baskets they were using. 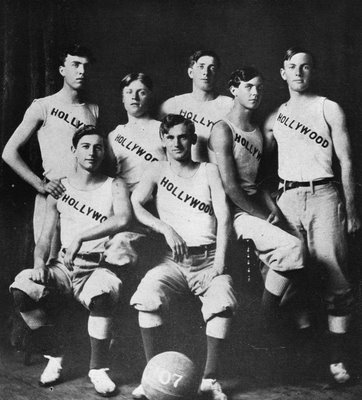 Exactly no one in this picture could dunk.

What Happened: Chamberlain cemented his legacy as one of the greatest basketball players ever. If you take his word for it somewhere 20,000 women have first hand knowledge of the “Stilt”. And finally the NBA changed its rules so that superhuman, giant people could no longer use their powers to dominate the game.

Who Was He: Pruitt was a running back who played for the Cleveland browns. He was also a star in college and is a member of the College Football Hall of Fame. Along the way he also won a Super Bowl. For this of you unfamiliar with the sport the Super Bowl is considered the World Championship of a sport played only by American teams, comprised mostly of American players. Suck on that rest of the world. 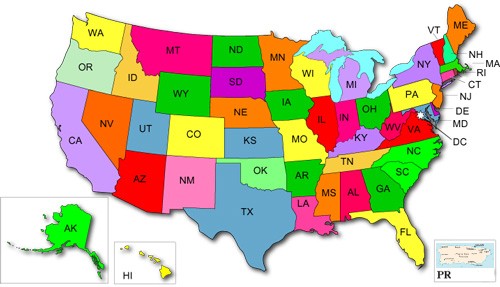 The entire world, according to the NFL.

How He Abused the Rules: Pruitt was a great player by any standards but he wasn’t above trying to get any advantage he could. Apparently one day he noticed that a lot of times the only thing stopping him from breaking away from tacklers was his pesky uniform. He solved this problem by purposely wearing the most flimsy jerseys he could find. Tacklers who managed to grab Pruitt instead found themselves holding a piece of his jersery as a half-naked Pruitt ran into the end zone. 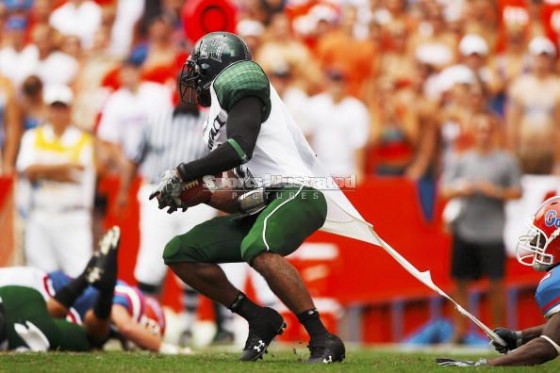 Tear away pants thankfully did not catch on.

What Happened: Pruitt’s jersey trick caught on with other players in the league and the NFL soon found itself with a plague of shirtless men running around in tight pants. Fearing this would make the sport look a bit ridiculous the league created a new rule against tear away clothing. They named the rule after Greg Pruitt. Unfortunately the rule did not apply to halftime performers and Janet Jackson made her own headlines with her tear away top years later.

Who Was He: Woods famously banged many hot, and some not so hot women. We hear he also played golf.

How He Abused the Rules: Back in 1999 Woods had just finished banging a hot chick and was playing in a golf tournament in Phoenix. At this point in his career he was only worth about $100,000,000 so you know he really needed the money from the tournament. 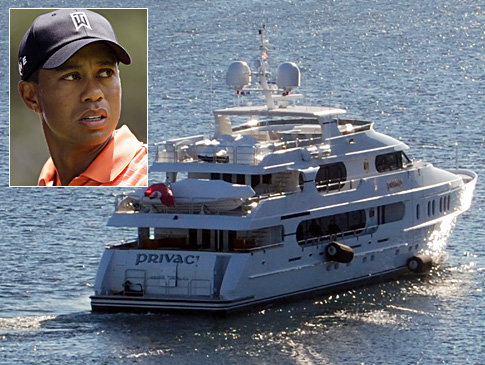 Look what he had to make do with.

At some point he hit a shot that landed behind a 1000 pound boulder. For most of us this would mean taking an extra shot to get around the boulder. Woods knew better though and called over a rules official who took one look at the giant boulder and declared it was a moveable object.

Woods took a look around and did not see any women he wanted to sleep with, so instead he watched as several fans came out to the fairway and moved the rock for him, giving him a clear shot. To most of us this would seem to be cheating but apparently there was nothing in the rule books about golfing with your own landscaping crew. 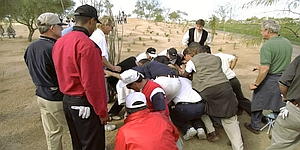 What Happened: Woods birdied the hole and finished third. He then went on to marry a Swedish model, have perfect children, make a billion dollars, all the while continuing to bang hot chicks.

Who Was He: After bombing the hell out of the Nazi’s in WWII Yunick turned his attention to NASCAR Racing. We’re not sure if it was his love of driving in circles or his love of seizure inducing uniforms that got him involved, but he eventually became one of the best car designers around. 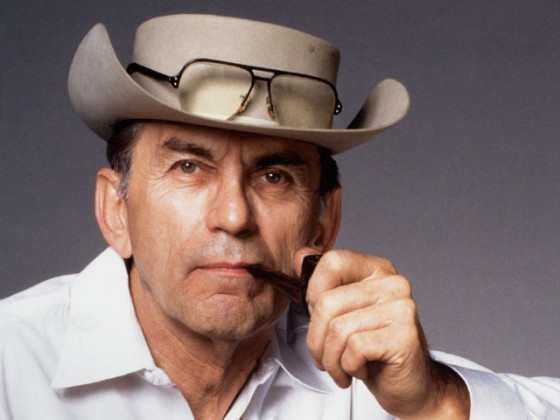 Rules are for losers.

In addition to winning many big races Yunick also patented a lot of car innovations that found their way into modern cars.

How He Abused the Rules: Yunick loved to win and was always looking for ways to gain an advantage over the other cars. One of his best creations though was a Chevelle that he built that began tearing up race tracks.

Race officials knew that something was up but they couldn’t figure out what it was as the car looked exactly like the stock version according to the rules. Finally someone decided to measure the car and it turns out the car was exactly like a stock car, except that it was built to 7/8th scale. 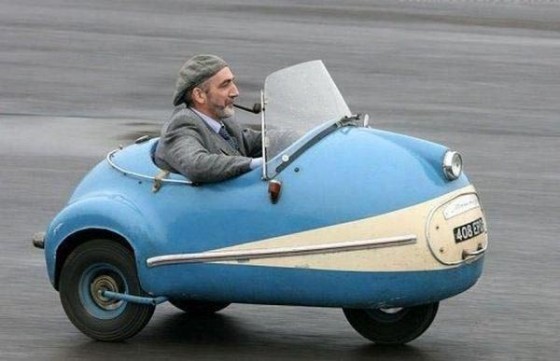 Yunick’s mini-me car was totally within the rules at the time as there was apparently nothing expressly written about racing tiny cars. However the rule judges or referees or whatever they use in stock car racing, decided it was against the “spirit” of the rules, and Yunick was forced to go back to a regular sized car.

What Happened: Yunick led a long and full life bulding race cars and trying to find loopholes in every rule. After the incident with the midget car NASCAR introduced new rules including the introduction of templates and measurements that all cars have to adhere to. However, they kept the thing about racing in circles