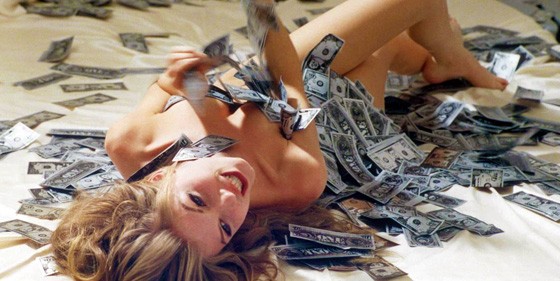 Everyone loves cash money and the Internet has allowed many businesses with great ideas to become filthy rich. But among all those great thinkers there have also been a handful of people who have managed to make money with ideas that would have been described as ‘dumb-assery’ if they had pitched them to you. These people didn’t just think outside the box, they also lit the box on fire and peed on it, all the way to the bank. One famous example is the Florida couple who got caught selling tickets to heaven, which generated this epic article : 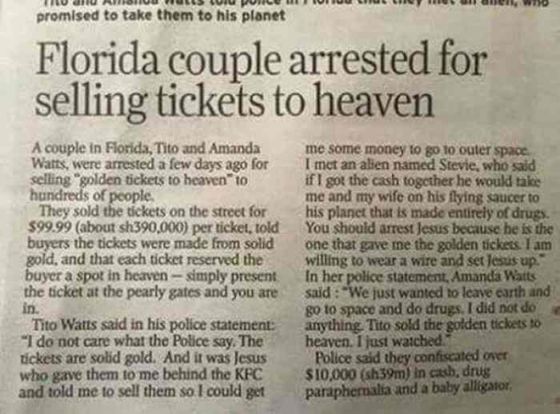 Below are six more examples of crazy internet money making ideas… that worked!

Kyle MacDonald was a Canadian and one day he decided he was getting tired of having to run away from polar bears and having snow dumped on his head for 360 days out of the year. He felt the best solution was to get himself a house.

Problem was, he didn’t have things like money, lumber or tools. However, what MacDonald did have was a paperclip and it was red and beautiful and he figured he could trade that paperclip for a house. So in 2005 he posted an ad on Cragislist offering to trade his paperclip.

A couple of ladies saw his ad and decided they liked his brand of crazy and offered him a pen shaped like a fish. After such a suck-tastic start things were looking grim for MacDonald because as we all know Polar Bears don’t give a damn if you have a pen in your hands because you would still be delicious. 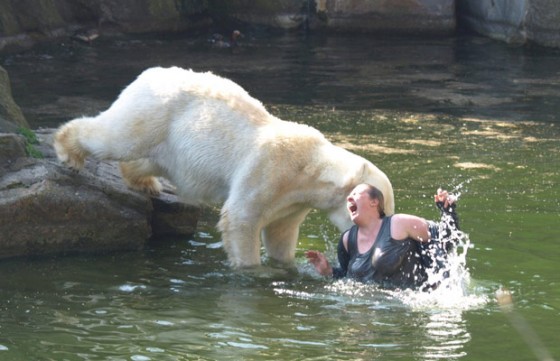 Yet amazingly, over the course of a year he managed to make a series of trades that eventually had him meeting Alice Cooper and Corbin Bernsen who traded a walk on role on his show for the snow globe Cooper had given MacDonald.

Finally in July, 2006 he was offered a two story home in exchange for the walk on role. MacDonald felt like winner despite the fact that the house was located in Kipling, Saskatchewan. 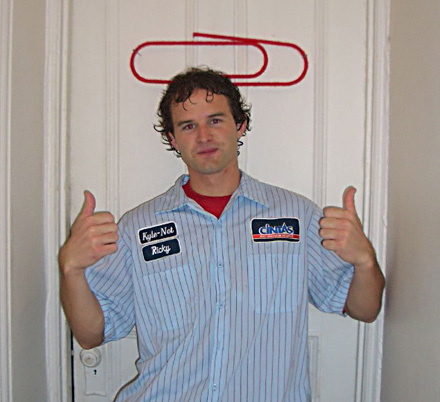 MacDonald, with plans for an even bigger paperclip.

Bosnak was a Gucci wearing yuppie working in New York making a six figure salary. Gucci ain’t cheap though and she managed to rack up a $20,000 credit card bill right before she lost her job. She decided that the best thing to do was beg people for money to help her pay off her debt because finding another job and paying off the debt herself seemed like a lot of hassle. The problem was, she didn’t want to get her nice Prada shoes dirty by standing in the urine covered streets of New York so she took to the Internet. 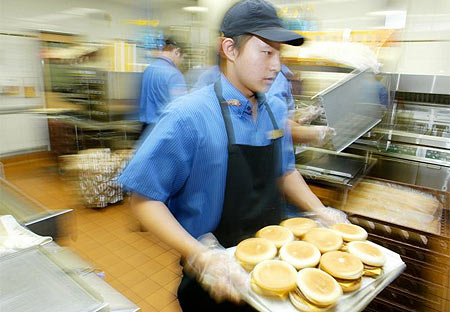 “This is so humiliating, I’m just going to beg for money.”

Setting up a site called ‘savekaryn.com’ she told people about her situation and asked them to send her whatever they could. Apparently nothing moves people’s hearts more that the thought of a young woman dressed in expensive designer clothing and, inexplicably, money began to flow in. Screw pictures of starving children, Unicef should be holding runway shows with starving models to raise money.

Within twenty weeks she managed to raise $13,000 from total strangers on the Internet. Shockingly, she did not once have to send anyone nude pictures of herself (she claims). Between the money she raised and cash she got from selling her clothes and accessories she managed to pay off her debt.

Of course some people felt that she was just another self entitled, spoiled brat. These haters were probably even less happy when she announced that she got a book deal. We also doubt they will be going to see the movie being made about her story. 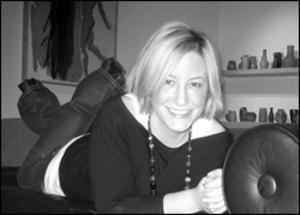 For God’s sake have pity, those are last season’s shoes!

Alex Tew was living in England and wanted to go to University. Unfortunately his family couldn’t afford the tuition and waiting on tables wasn’t going to cut it so he turned to the Internet. Unlike Kyle MacDonald though Tew didn’t even have a red paperclip to sell or trade.

What he did have though was a computer and the crazy idea that companies will pay to advertise anywhere, even on a site which consisted of a million pixels on one page with ads too small to be easily readable. He put his plan in action by creating ‘The Million Dollar Homepage’ selling each pixel on the page for $1. 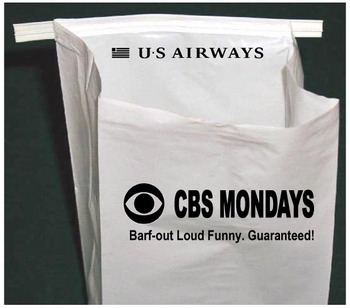 At first we are sure people just laughed at Tew, and initially he only sold to friends and family. The turning point came when his story was picked up by the BBC and suddenly his website was gaining in popularity. When this happened he began selling pixels by the handful, or whatever it is you use to sell pixels. This proved that people may love ridiculing other people for their stupid ideas but they hate feeling left out even more.

In five months the web page was sold out and Tew had made over a million dollars. This was more than enough to fund his dream of attending University, which he did……for one semester….before dropping out, cause you know, screw it, he had a million bucks. 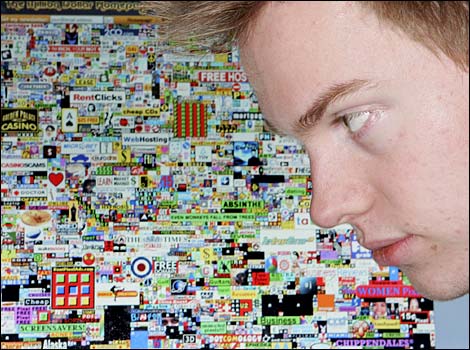 “See, I can put you riggghhtt, there.”

Natalie Dylan (not her real name) was a 22 year old with dreams of making some money to pay for college. While she didn’t have any business experience or an amazing product to sell she did have some thing even more powerful, a new vagina. It seems that she had managed to keep her vagina wiener free for all her 22 years and decided it was time to put her asset to work. 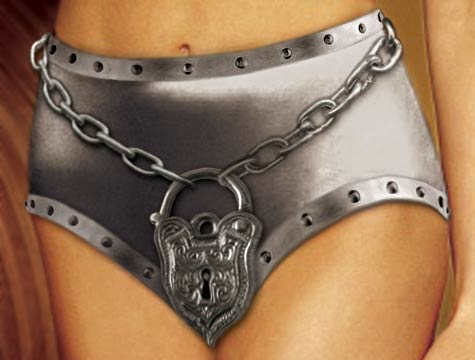 She also had some action figures still in their original packaging for sale.

She hit on the idea of auctioning her virginity after deciding that the alternative, giving it away to some pimply douchebag for free, pretty much sucked. She went to Nevada and enlisted the help of the Moonlite Bunny Ranch, a legal brothel, to get the word out that her goods were for sale as going door to door was not producing results for her.

After the story broke reactions were mixed. Some people thought the idea was a huge set back for women everywhere, perpetuating the idea that they are just a commodity. Some felt that she was actually empowering women. However, the overwhelming majority of people just wanted to know if she was hot. 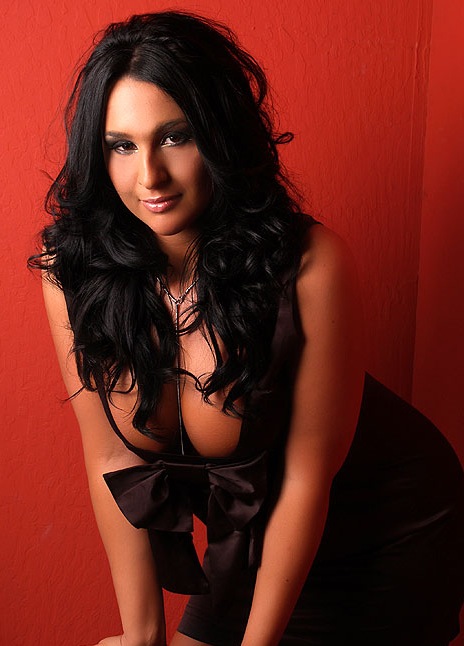 After a few months of bidding it was determined that the price for hitting it with a hot virgin in the U.S. is $3.7 million, which is way above the usual four wine coolers average. The winning bidder was from Australia, but Dylan has apparently not yet sealed the deal though because he backed out after his wife found out.

Ailin Graef was living in Germany when she started playing ‘Second Life’ the Internet based game where people log on to do pretty much what they do in real life, except they can pretend they are much better looking than they really are. 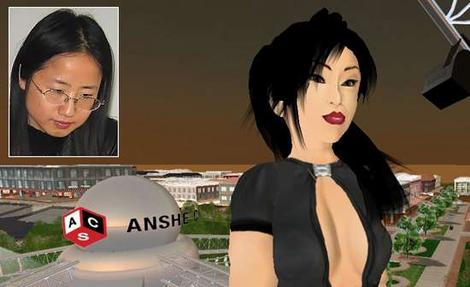 She decided that running around talking to other shut ins wasn’t very exciting though and hit on a plan to make money off other players.

After finding out that people would pay real money to buy pretend houses and land she set out to become the Donald Trump of geeky loners. Graef, going by the name ‘Anshe Chung’, started buying ‘land’ directly from Linden, the game developer. She would then subdivide the property and selling lots to other players at a markup. She also collected $20 a month in stupid land tax from each player.

Somehow she managed to convince enough grown people to shell out money for the electronic equivalent of a doll house to make herself a millionaire. People apparently like to buy from her because she keeps tight controls on her developments, which is apparently important when you are building your imaginary house. This is understandable because the last thing you want is someone’s fake balcony blocking the fake light shining on your fake patio. 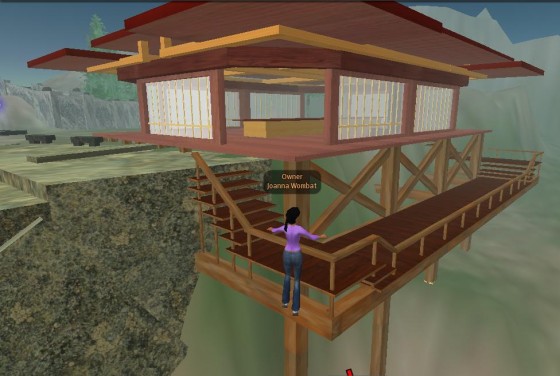 “My other house is my parents’ basement.”

Pat Burke knew that it was stupid to think you could sell ice to an Eskimo. On the other hand selling dirt to the Irish was completely plausible and so he started a company to do just that.

It seems that Irish people around the world really love Ireland, not enough to go back and live there mind you, but enough to spend money for a bag of real Irish dirt. The dirt is shipped from a warehouse in Long Island where it is packaged by Hispanic workers, which really gives it that authentic Irish feeling. 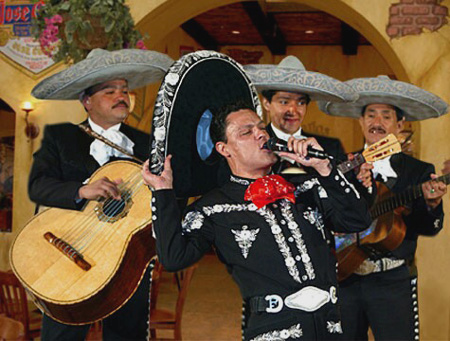 People are paying $10 for a one pound bag of the dirt which is dug up from a field in Cahir, Ireland. We assumed that the dirt would be put to a good use like maybe for growing a patch of grass in backyards or something. Turns out that most of the dirt ordered is being used to fill holes in the ground. Those crazy Irish are paying good money for dirt so they can throw it into graves during funerals.

One guy even bought $100,000 worth of the stuff for his own funeral. We’re no geniuses but we figure that for that price you could probably be buried in actual fucking Ireland with real leprechauns dancing on your grave singing ‘Danny Boy’.

Still, something about the Emerald Island makes people crazy for it and the company ships about $2 million dollars worth of the stuff to the U.S. Every year. Meanwhile in Cahir, some Irish guy is slowing watching a giant hole being dug next to his house. 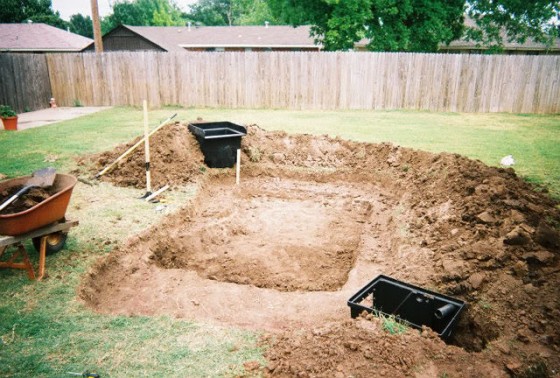