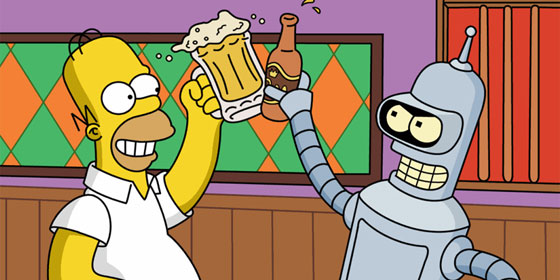 Animated TV comedies have always had trouble achieving mainstream success. For every Simpsons or Futurama there are dozens of shows that have lingered in obscurity, unwatched or misunderstood by audiences. Many have been rightfully forgotten, but we’re going to take a look back at the halcyon days, before mediocre at best Seth McFarlane shows held a stranglehold on the medium, at some series that deserved a better fate. 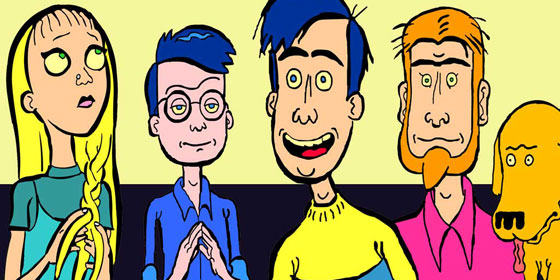 Mission Hill starred Andy French, a 24-year-old slacker/aspiring cartoonist, his nerdy younger brother Kevin and their hipster roommates Jim and Posey. They live in the titular city, and it’s a diverse place; some of the more remarkable supporting characters include a gay couple in their 60s, Andy’s sleazy foreign boss and Andy’s alcoholic dog. Created by two executive producers of The Simpsons, Mission Hill ran for just 13 episodes on The WB in 1999 and 2000 before getting the axe due to lousy ratings and the network changing its focus to family friendly content.

The show’s neon color palette makes it easily recognizable, as does its mix of modern and old timey animation (such as dotted lines to indicate a stare, usually focused on somebody’s genitals). Poking fun at hipsters before that was, well, hip. Most of the story-lines came from Andy and Kevin being unable to stand living together. It’s a pretty standard premise, but hilarious writing and a memorable animation style made it something special. 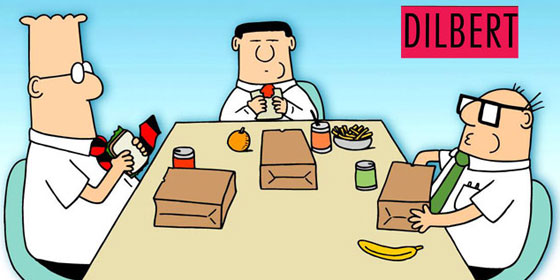 A comic strip featuring dry wit about the office environment doesn’t sound like it would make the jump to animation very well, but that’s what happened in 1999 and the results were fantastic. Running for two seasons on UPN, the scope was broadened a bit, making most of the plot lines over the top while still keeping the premise of office satire. Dilbert accidentally sends the world back to the dark ages, gets tried for mass murder, creates a children’s toy that gains sentience and gets pregnant, among other adventures.

At its strangest it’s actually the most offbeat comedy on our list, which seems odd for a show based on a relatively tame comic. But the combination was great; there’s something about the portrayal of everyday office life mixed in with horribly mutated co-workers and brain-devouring aliens that really works well. 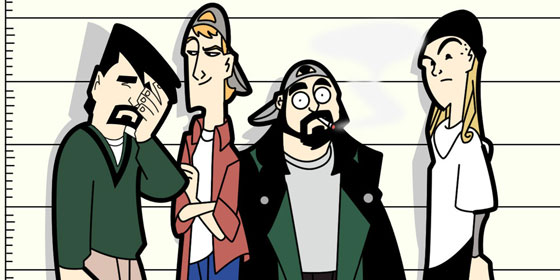 Clerks is based off the cult classic film, which we guess makes this series some sort of double cult classic that you can feel super pretentious about liking. It aired in 2000 on ABC but lasted a mere two episodes, with another four included in the DVD release. The cast is more or less the same as in the movie, but the switch-over to animation is reflected in the style of comedy. The jokes are different, but they take advantage of the new medium to be just as funny.

For a series that only ran six episodes there are some pretty memorable moments, including a great parody of irritating clip shows and a awesome courtroom episode. There are plans for a straight to DVD animated movie, but some unfortunate rights issues have put that on hold indefinitely, so for now you’ll have to make do with the small offering of regular episodes. 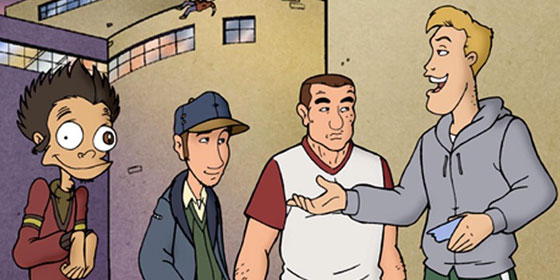 Airing for a single season in 2001 on MTV (remember when MTV was culturally relevant and had some decent programming?), Undergrads was all about, wait for it, a group of friends in their first year at college. Nitz, Rocko, Cal and Gimpy embodied the typical college archetypes of the everyman, the drunken frat boy, the ladies’ man and the nerd, and the situations they found themselves in were also fairly typical of the college experience. Episodes dealt with student loans, identity crises, school traditions and other standard topics.

It may sound a bit generic, but that was what made it great; there was a good balance between a realistic college experience (going down to the bar) and more surreal humor (dealing with hallucinations of a giant, talking whiskey bottle). Despite lasting only 13 episodes, Undergrads managed to create a group of believable, likable characters; an achievement that other comedies can’t manage after multiple seasons. 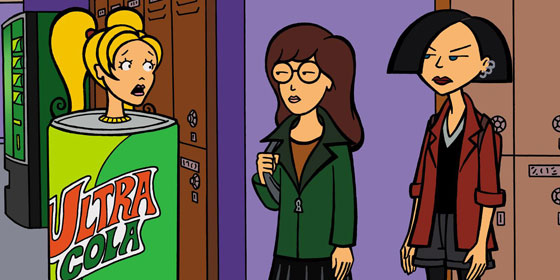 Another MTV series, Daria ran for five seasons between 1997 and 2002. Lasting that long gave it a higher profile than the other shows on our list, but then MTV turned into a cultural wasteland and reruns became limited to networks nobody heard of, dropping Daria back into relative obscurity.

A spin-off of Beavis and Butt-Head, Daria featured the introverted title character trying to survive her years at high school. An apathetic and sarcastic teenage girl as a TV show’s lead was a risky choice, but it worked out well, as Daria was easy to sympathize with. The witty writing helped make the show memorable, as did the large cast of supporting characters. At first glance they seemed generic, covering your standard range of cheerleaders, nerds, crazy teachers and embarrassing parents, but what appeared to be a group of clichés turned out to be some very well-developed characters. Altogether, Daria is one of the best satires of the high school experience out there. 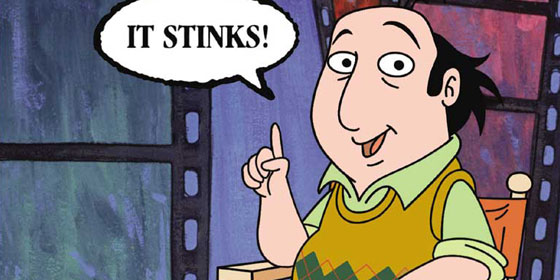 A different pair of Simpsons executive producers created this series, which ran for a season on ABC in 1994 and another on FOX in 1995. Starring film critic Jay Sherman (who Simpsons fans may recognize from the crossover episode where Springfield hosted a film festival), the show was about Jay’s life in New York as he tried to raise his son, find a woman and deal with the countless crappy movies he reviewed on his own TV show.

Movie parodies are what The Critic is most famous for, and the majority of the mid-’90s references hold up well today. Also memorable is the supporting cast, including Jay’s eccentric parents and his egotistical billionaire boss. Much like The Simpsons, the writing could alternate from being highbrow to immature with ease, resulting in a show that made you feel smart for laughing at dick jokes. Put simply, The Critic is among the funniest TV comedies ever made, so do yourself a favor and check it out.