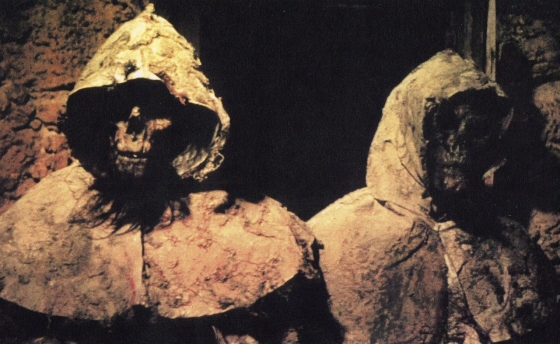 The popularity of horror movies seems to wax and wane over the course of decades. When the Universal Movie Monsters were all the rage in the 30’s and 40’s, they were a huge draw. Then Sci-Fi took over and Atomic Beasts ruled the day. Then again in the 70’s and 80’s the Slasher Genre sunk it’s claws into filmdom and really didn’t relent until the late 80’s or so. But now Horror is back in a big bad way.

Making horror flicks is cool again, and if you can re-invent a genre all the better. One-Cam films, Shaky-Cam footage, Found Mockumentaries, Witchcraft, Demonic Possessions… you name it, it’s all out there now and it’s rocking the box office. But all these films aside, sometimes the really good, really different ones fall through the cracks. There is never a reason to have to settle for a blah horror movie when there are plenty of great, underrated ones out there. Sometimes you just have to look. Here are six of our favorites. 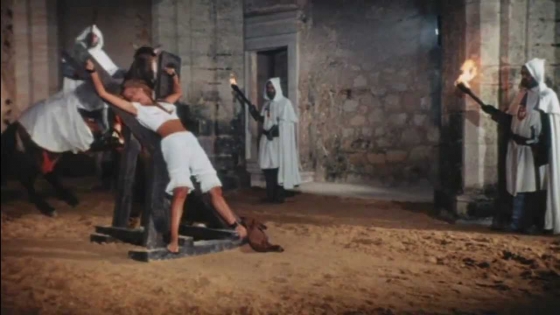 Pay attention, because there is more than meets the eye (zing!) in this fantastic and sorely underrated horror classic. For one, it kicked off the Italian horror craze of the 70’s and 80’s. Director Amando de Ossorio sited Night of the Living Dead and several gothic classics as the reasons for the way he directed this film. At its core, it’s a story of mummified and reanimated Knights of the Templars. As they begin to roam the earth, we are told they are blind because when they were hung for being accused of witchcraft birds pecked their eyes out.

They come upon a wandering lost woman and kill her and the rest of the film follows the victim’s boyfriend and his search for truth. The Knights are simply terrifying and the make-up effects are amazing for 1971. They ride in silence because the fact that they are blind somehow plays into the fact that no one else can hear them coming. Look, we didn’t say it made a lot of sense, it’s just a great film. It is followed by Return of the Blind (Evil) Dead, The Ghost Galleon, and Night of the Seagulls. 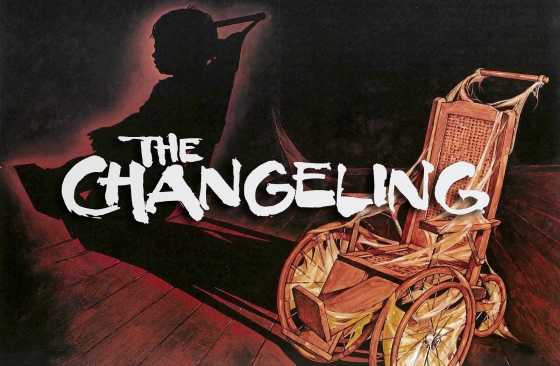 George C. Scott plays John Russell, a man attempting to piece together his shattered life after his wife and daughter die in a car accident. He moves to a huge Victorian mansion in Seattle and tries to continue his life as a composer. Soon, however, things begin to happen around his home… ghostly things. At first, it’s just noises or a shattering window, or doors opening and shutting, but things get progressively more horrifying. John quickly discovers that it’s the ghost of a little boy whose death has gone unsolved for years. It’s a mystery and a chilling tale all wrapped up together. It truly is one of the eeriest movies with some of the most frightening music and sounds. Well worth the slow burn. 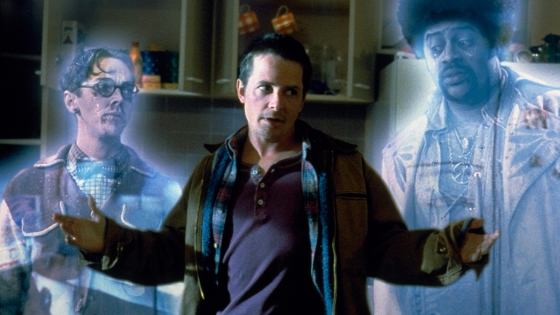 Before this, the scariest movie Michael J. Fox starred in was Teen Wolf, and that’s saying something. Known more for family-friendly fare (for the most part), Fox teamed up with writer/effects creator, Robert Zemeckis, and director Peter Jackson to make one hell of a fun, freaky horror flick that still manages to have a sweet soul.

Fox plays a shady Paranormal Investigator who, after a previous accident, can communicate and see the dead, thereby ‘hiring’ them to haunt homes so he can turn around and cleanse them and collect the cash. However, it is soon discovered that there is a new ghost hanging around who is actually killing local residents and marking others with slowly increasing numbers. We’re led to believe it’s Death at first, but there’s something more sinister going on with the angry spirit of a local serial killer. Great film, and a great cast that includes Jeffery Combs, R. Lee Ermey, and Chi McBride. Check it out, it’s well worth it.

If you like your horror thickly layered with Lovecraftian images and Stephen King-ish plot lines, then this John Carpenter masterpiece is right up your alley. Sam Neill plays John Trent, an insurance investigator, who is hired by a local book company, Arcane Publishing. It seems their newest cash cow, Sutter Cane (Jurgen Prochnow) has gone missing right when his newest book was to be released. As Trent sits in a cafe going over the case, he is attacked by a man with an ax who asks, just before being shot by police, “Do you read Sutter Cane?”. It turns out he was Cane’s publisher who went nuts after reading the latest book, killing his entire family. Trent realizes that there might be something more to Cane’s disappearance as well as the claims that his novels have begun causing people to go insane. He pieces together a map to the once-thought fictional town of Hobb’s End and goes on the hunt for Cane. This is when the bonkers really hits the fan. This is one of our favorite movies.

Ah, Kevin Smith. Though to us, he is one of our unsung heroes, he is to many a hack who took a nose dive right after Clerks. Well, we say nuts to that, and we love what he’s done with himself over the past few years. Thanks to his SModcast podcast, he has resurrected his fim career with movies he wants to make, TV shows he loves on cable channels like AMC, and even directing episodes of The Flash and Supergirl.

Anyway, one of his movies he made was a horror comedy based totally on one of his SModcast episodes where a reader wrote in about a guy in Canada who wanted to turn someone into a walrus. And that’s exactly what Tusk is: a film about a creepy wacko, Howard Howe (Michael Parks) who wants to turn someone into the tusked marine mammoth. And that’s also exactly what happens to Wallace Bryton (Justin Long). It is creepy, funny, sweet, downright disgusting, horrifying, and incredibly gruesome all smashed together. You might not love Smith as a movie maker, bur with Tusk, you can’t fault the man for making one hell of a messed up horror flick.

Hey, look! Another Sam Neill joint! I swear, we didn’t go into this with the intention of having two of his movies on here, but it worked into a happy accident because not only is In The Mouth of Madness excellent, but Even Horizon is even scarier, more gruesome, and just plain disturbing to the core. Possibly a little Lovecraft in this one, too, Event Horizon focuses on a lost ship that was attacked from within by the crew itself. Why? Evil. That’s why.

When a distress call is discovered from a space ship thought long gone seven years earlier, you know the rescue crew aboard the Lewis and Clark is in for some really nasty stuff. Starring Laurence Fishburne, Kathleen Quinlan, and Jack Noseworthy among other well-knowns, this crew locates the video recordings of the Event Horizon’s last broadcast and realize the nightmare happening thereon could, and is, happening to them; hallucinations, strange sightings, visions of dead crew, and their own turning against one another. It is Hell aboard the ship, and everyone faces their own primal fears. It’s an excellent movie and anyone who likes Horror and Sci-Fi shouldn’t pass it up.