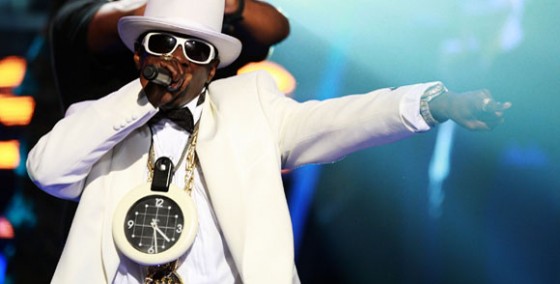 Since Internet comedy writer is synonymous with scrawny white nerd, we’re not exactly the most qualified people to talk about rap music. Luckily, that same lack of credentials makes us incredibly qualified to talk about bad rap music, so we’ve put together a list of the worst abuses of the genre in-between the hours we spend listening to Vanilla Ice’s albums. He’s still hip, right? We’ll just leave this here for our own enjoyment, while you move on to the real list…

When rap music first became mainstream there was a brief but hilarious period where it was used in practically everything. Rap music in commercials was the most common, but it also made its way into places you wouldn’t expect, such as this 1989 video that taught Wendy’s employees how to cook mediocre hamburgers. The rap starts at the three and a half minute mark, but as a bonus for sitting through the opening you can watch Dave Thomas completely fail at both acting and pronouncing “fashioned.”

It’s tough to make a rap about preparing fast food interesting, but our walking stereotype host makes a decent attempt thanks to his snazzy outfit and ridiculous dance moves. Sadly, we can’t say anything positive about his lyrics, because the rhyming of “emphasize” with “size” is a line that would make even R. Kelly cringe. 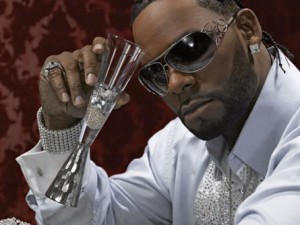 “It’s even more cringe worthy than my fashion sense.”

There’s a second part to the video that’s just as laughable as the first. It’s supposed to be a more coherent refrain of the burger cooking instructions, but it instead comes across as a white guy being walked through his first nervous attempt at rapping. It’s actually quite inspirational.

As ridiculous as the Wendy’s video was, you can kind of see the silly logic behind it. Most fast foods employees are teenagers and teens love “the rap music,” so using rap to teach them fast food skills will help them pay attention and learn quickly. But not even that tenuous argument applies to this insane promotional video for MS-DOS 5 (an old computer operating system), because it’s clearly targeting adults.

We can’t really criticise the lyrics, because it’s tough to lay down convincing rhymes for “45K of memory” and “graphical shell.” But that just underlines how absurd the concept is; an operating system is the stupidest and least interesting subject for a rap song possible. Wait, that’s not fair; all those songs about shoes are definitely worse. Maybe we should just hope that Microsoft doesn’t get any ideas for an ad campaign featuring Nelly. 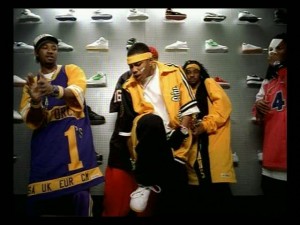 Okay, so the fast food and computer software industries let us down, but surely the hardcore world of mattress sales has the street cred needed to pull off a convincing rap song. If you’re not familiar with the life of a mattress salesman, trust us — it’s all “box-spring” this and “drive-by” that.

If the music sounds familiar that’s because it’s the famous 90s hit “O.P.P.,” except instead of Naughty by Nature rapping about how affairs are awesome it’s now some sleazy looking guy rapping about how his mattresses are the shit (to have affairs on, presumably). The specific brand name he’s trying to sell is “HCP,” but his smug grin makes us think he’d be just as happy working with PCP.

At first he seems competent enough, but then he rhymes “different” with “different” and it all goes downhill from there. By the time he implies to an older man that these mattresses will be perfect for having hot sex with his wife you start to realize how creepy of a decision it was to pick a music track that has women moaning erotically in the background. With that in mind, we’re not even going to comment on the little girl and her mom near the end.

“I really enjoyed this video for some reason.”

We don’t want to get political, but we will say that politics and rap music rarely mix well, especially when you’re espousing views that are most common with the over 50 demographic. That didn’t stop a group calling themselves the Wolverines from attempting a politically charged rap song though, nor did a complete inability to dance, write lyrics, or look even remotely intimidating.

This is supposed to be an anti-Obama song, but when lead rapper “Molotov” spends 30 seconds talking about pies the message gets a little confusing. In-between his charged political statements/custard commentary, “DJ Dolce” uses her shrill voice to deliver a biting chorus. “Teleprompt this?” Uh… zing? 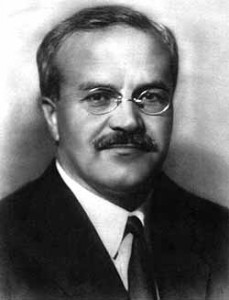 “I could have done better than that.”

We realize that they’re trying to make conservatism look hip, but we’re pretty sure that Obama’s approval rating goes up every time somebody watches this video. It’s not just that their lyrics are silly (although they are), but something about their obnoxious presentation makes you want to punch everyone involved right in the face.

If you’re anything like us, you’ve left behind a trail of impregnated teenagers as you go through life. They’re scared and confused, at least we assume they are; it’s not like we ever see them again. Luckily, there’s an easy way for young, single mothers to sort out the overwhelming emotions and difficult decisions they face; this 30 second rap will make everything clear!

There are few decisions in life where a half-assed commercial will sway anyone’s opinion, and what to do with their newborn child sure as hell isn’t one of them. There’s nothing wrong with trying to show people that adoption is a respectable alternative, but they’re doing it in the most patronizing way possible. Nothing says “you deserve to be treated like a mature adult” worse than “we believe rap music is the only way we can communicate with you.” Oh well, it could have been worse; at least the newborn baby didn’t get in on the song.

We tried to avoid videos from the dozens and dozens of amateur rappers on YouTube because making fun of them would be like laughing at a kid for falling off a bicycle on his first ride. Sure, it’s hilarious, but you feel guilty about it in the end. However, we couldn’t ignore this freestyle rap from Harold Cameron, a man who was clearly bullied as a child and just can’t let it go.

We’re all for putting an end to bullying, but any victim who shows this video to his tormentors is going to get the shit kicked out of him. Nothing makes a cause look lamer than having a 60-year-old man rap about it, especially when he tries to “freestyle.” Harold’s intentions are admirable, but improvisation is clearly not his forte. A little bit of preparation would have helped, although ultimately there isn’t a lot of difference between “insane old man embarrassing himself by rapping badly,” and “insane old man embarrassing himself by rapping really badly.” Here’s proof:

We’ve gone too far down the Harold Cameron rabbit hole.