Some prison escapes are the culmination of years of planning and hard work, whereas others just involved a guy in a Kangaroo costume. It just goes to show that while the best laid plans of mice and men often go awry, the worst laid often succeed. Well sometimes, at least.

Somewhere, Wentworth Miller is whispering to himself in unspeakable fury.

6) George Hunt Dresses Up As a Kangaroo

Australia’s Port Arther Prison in the 1800s was one of the harshest penal settlements around. So many inmate developed mental illnesses from all the harshness that they even built a separate asylum just to house them.

Those were hard times and on the minds of every Australian was the prospect of escape. George Hunt was no exception and he too desired freedom. 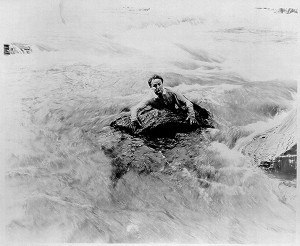 So one day, George slapped on some kangaroo skin and just plain hobbled off. His half-assed disguise worked surprisingly well and all the guards believed that the man in kangaroo skin awkwardly hopping out was an actual kangaroo.

Unfortunately, his disguise worked too well. The hungry guards started firing at him in hopes of eating roo meat. The shitlessly scared George promptly then shed his kangaroo costume and surrendered. As a reward for the false hope given to the guards, George was promptly given 150 lashes.

5) Convict Pretends to be Eddie Murphy

Kevin Jerome Pullum was convicted of attempted murder. It was a charge that combined both malice and incompetence and will probably see him going away for life.

Not particularly excited at the prospect of eternal imprisonment, Kevin relied on his natural skills at being McGuyver and made an identity card for himself using some stock office stationery and a picture of Eddie Murphy. 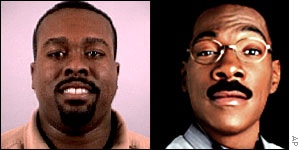 He then changed into his civilian clothes which he had secretly hidden underneath his prison garb and walked out the door while mentally deriding racial stereotypes. Eddie Murphy cannot be reached for comment.

4) Giulio B. the Zeppelin Master

Italian drug trafficker Giulio B.’s plan for prison escape overwhelmed all others in terms of both elaborateness and bat-shit insanity. His escape involved the use of night vision goggles, climbing equipment and a four meter long zeppelin.

We do not know how he intended to use them as he was discovered by the guards before anything could be done, but we imagine it had something to do with a top hat and witty comments

Also discovered by the authorities were a tent and telephoto lenses his gang used to observe the prison from some 600 meters away. The escape might not have been successful, but it sure was fun.

3) Greasing Up and Squeezing Through Bars

Sometimes the simplest idea is often the best. Why bother with high tech equipment and sophisticated plots when all you need is some prison bars and a bottle of lube?

Minimalist Kristopher Allen White defied all assumptions of prison architects and squeezed through the bars in his cell after lubing himself up. The slippery scoundrel then skillfully navigated around the security cameras by covering himself with a blanket. 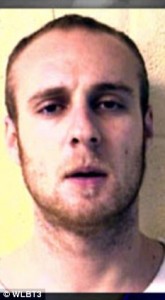 Unfortunately, however, he was captured just 14 hours later. Maybe they followed the lube trail.

Timothy Rouse was jailed on counts of burglary, theft and assault and was assessed to be highly dangerous. Understandably, springing him out would be highly difficult and his friends did not even try. Or were just stupidly naive and optimistic. 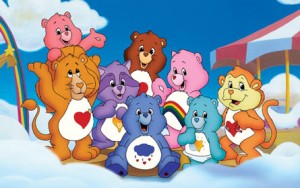 Maybe if we gave them candy…

Whatever the case, their half-assed escape attempt worked. Timothy’s friends sent a fax to the jail from a grocery store, demanding that he be freed. The fax supposedly came from the state’s highest court but contained numerous spelling and grammatical errors.

How the authorities believed the fax was something known only to the criminal geniuses that were Timothy’s friends.

1) German Prisoners Mail Themselves Out

An unnamed Turkish prisoner in Germany thought of a most ingenious way to escape his Nazi shackles. This Turkish bloke, whom we shall call Bob, was part of a group of prisoners in charge of making stationery.

One day, Bob was rammed in the face by a mega epiphany (which no doubt squirted epiphany juice all over him). It dawned on him that since the stationery had a way of getting out of prison, he too could go out the same way. So, he packed himself into a box at the end of his shift and was loaded into the back of the “express courier” (which was just a truck.)

The box measured less than four by three feet and Bob was a big man. It must have taken some serious contortionist skills to squeeze himself in there. 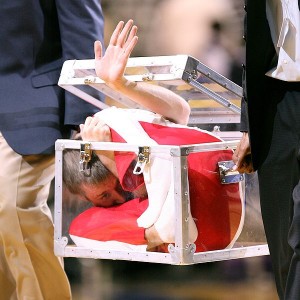 Anyway, Bob is now presumably back in Turkey, eating Turkish delights and shooting darts at bratwursts as he was never heard from again. After Bob’s dramatic escape, the Germans beefed up their security extensively and somehow allowed another convict, Max Friedner to replicate his deeds.

Following that, Bob and Max’s fame spread far and wide and neighboring Austria experienced their own postal escape through Bosnian national, Muradif Hasanbegovic who was making lamp post parts. Like his German buddies, Muradif escaped into the oblivion and was lost to the police forever more. German speaking wardens all over the world shook their fists in anguish.