Six Musicians Who Belong in Horror 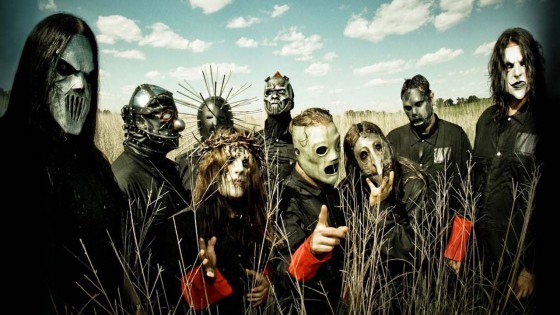 Some people look scary because that’s the way nature made them, while others try hard to make themselves look scary. Sometimes they even try to make it worse by acting the creepiest way possible. But don’t judge a book by its cover; most of the time, many of the people who look spooky or act crazy are actually shy and quiet people. Maybe their creepy looks and scary attitudes are just shields protecting their sensitivities. But no matter what, here are six scary musicians and the movies that would suit them best. We love seeing them doing what they are doing already, really – but we’d also love to see them starring in horror flicks. Rob Zombie was not included, because he’s already gone this route both as an Actor, and more notably as a Director. 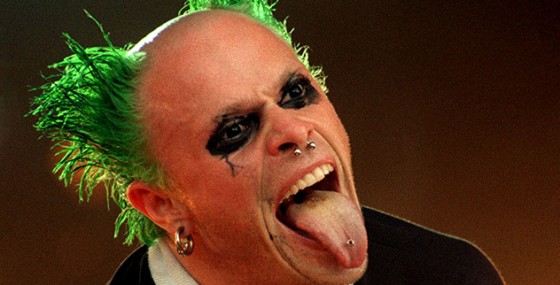 There was a saying back in the 90s, that the Devil once saw Keith Flint – and got scared. For all the talent Keith had (and still has) as a performer and dancer, the truth is that the man looked like a crazed and scary lunatic. The crazy haircut, the tongue piercing, the smudged black mascara around his eyes, the obvious effects of cocaine and other drugs – these all made Keith look like an outright devil. And what movie do we think he would star in the best? The answer is simple – any horror movie ever made! 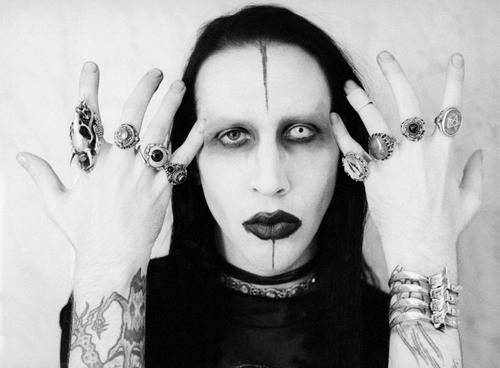 There’s not much that can be said about Marilyn Manson that hasn’t been said before. The guy looks weird, scary, freaky – even disgusting at times. He has that “two different eye colors” thing going on, which makes him even more evil-looking, while the excessive makeup doesn’t help his appearance any – especially if you’re afraid of clowns. His costumes are just as horrible as his makeup, and, with that whole hermaphrodite image he has adopted, he adds an even freakier touch to his already diabolical style. We think he’d be perfect as Buffalo Bill in The Silence of the Lambs. 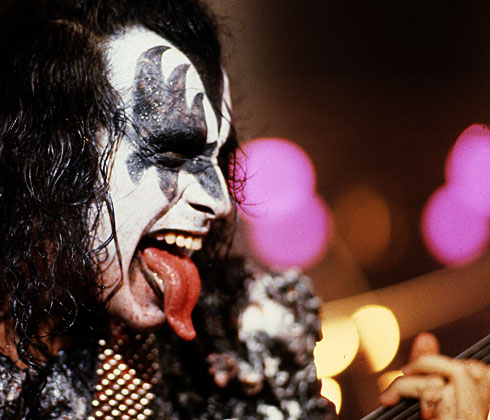 Even though most people who know him in person insist that the real Gene Simmons isn’t scary at all, but rather a warm and friendly person, the truth is that his Kiss personality looked evil and scary as hell. His unusually long tongue made things even worse – especially under the influence of alcohol and drugs, and the effect of all these colorful lights during live concerts. Gene would really be perfect for the role of Satan in most films related to that theme. 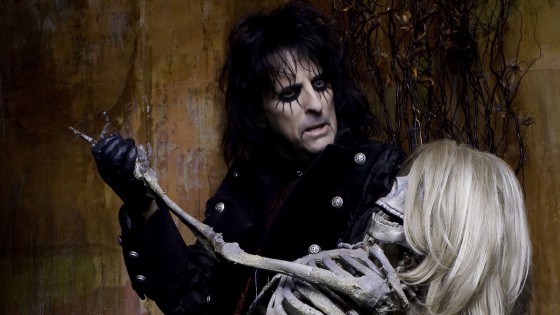 Alice is another star whose musical persona is nothing like the nice and warm man that he really is in person. Most fans who have met him describe him as a really quiet and shy guy who has nothing to do with the scary-looking, wild, evil-looking Alice on stage. His heavy makeup, kinky leather clothes, and manic obsession with snakes made him the ultimate satanic singer of the 70s. Undoubtedly, if anyone could be a better Freddy Krueger than Robert Englund, that man would be Alice Cooper. 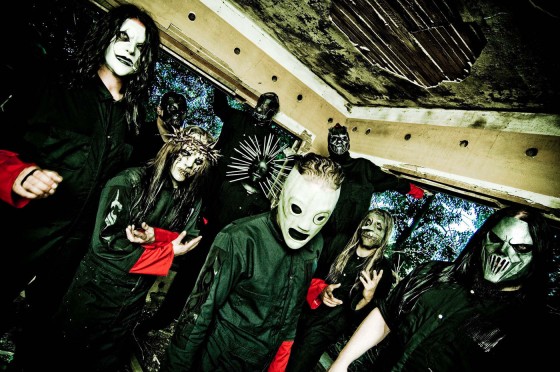 Well, we don’t know about you, but when we see Slipknot we almost pee our pants. In our opinion, this is the scariest band that ever performed (much more so than Gwar, who is trying too hard). Their masks always shock and intimidate, and their performances and live concerts remind you more of horror movies than music events. We don’t want any misunderstandings though, their music is great; it’s just their image that makes us cry sometimes. We really wish some Hollywood producer would feature them in a horror film, maybe specifically about them. 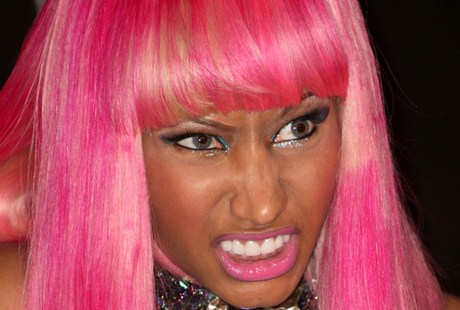 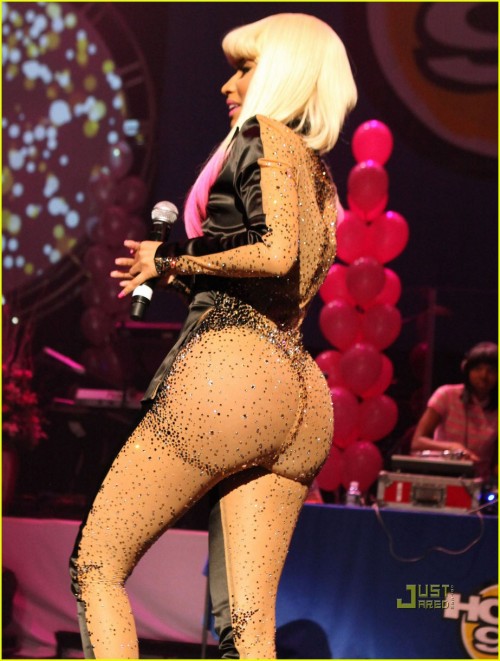 But since this is a humorous list and we felt like including a teasing entry, just look at this photo of Nicki and ask yourself, “Isn’t that face and pose a little too scary, especially considering that she meant it to be a sexy one?” 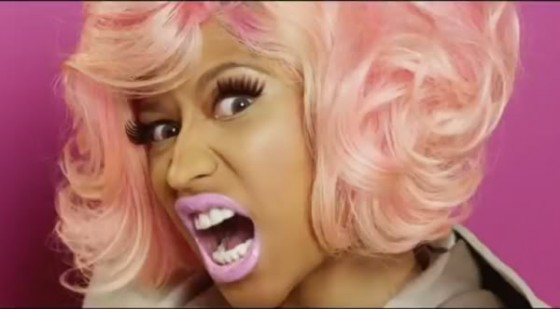 Needless to say that we would love to see Nicki in Blacula.