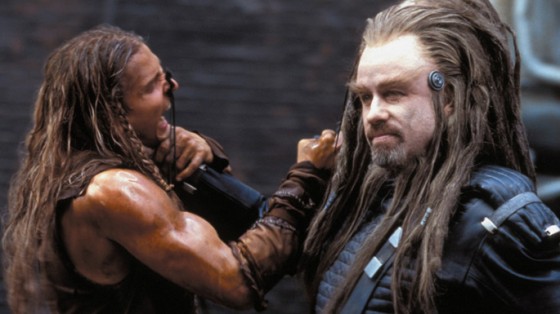 You know how Avatar was a critical and financial success? Well, these are the opposites. We take a look at six ridiculously big box office bombs.

Nomad is a 2006 historical epic portraying a fictionalized account of Ablai Khan, the great leader and military hero of Kazakhstan. The 14th most expensive non-English film ever produced, with the government of Kazakhstan investing $40,000,000, Nomad made less than $80,000, making it the least successful piece of propaganda ever.

Honestly. It would have been better if they had just used the money to print a hundred million posters and stick that everywhere. We mean, come on. With Nomad’s budget, you could’ve made two Borats, which was also about two times as dramatic and thrilling as Nomad.

Nomad was submitted by Kazakhstan as their official entry for the 79th Academy Award’s Best Foreign Film, and received a Golden Globe nomination later. We’d like to stress that it didn’t win any awards (except maybe a Kazakhstan Glorious Best Film for Motherland Award).

Starring Katherine Heigl and Tom Sizemore (that guy from Saving Private Ryan and Black Hawk Down), Zzyzx Road was a 2006 indie-thriller. Selling only 6 tickets (2 of which were from the cast) Zyzyzx Road has the lowest box office gross of all time.

The producers actually did this on purpose, only allowing the film to be shown for a week at a single theater. This was to fulfill some Screen Actor’s Guild requirement, as they only wanted the film to be distributed intentionally (which, not surprisingly, never happened).

Zyyzx Road is about a love affair between Leo Grille (the male lead, and also director. And probably camera-man, make-up artist and water boy) and Heigl. When Heigl’s husband finds out, he tries to kill them both, but they murder and bury him instead. The next morning, the body is gone, and something is trying to kill Grille and Heigl.

Apart from the clichéd plot, we think the box office may have been due to the name, “Zzyzzx”. Film goers probably saw the poster and figured it was a horrible, horrible typo. 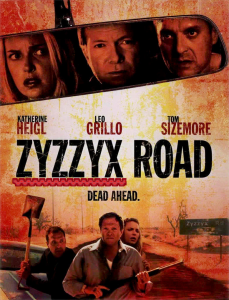 Also, we spelled “Zyzzyx” differently every time here. You didn’t notice, did you?

Battlefield Earth
Loss: 51% (so close to breaking half even)

While not the worst film financially ever, it’s so bad it has to be on the list.

A film adaptation of L. Ron Hubbard’s book of the same name, Battlefield Earth is considered one of the worst films ever made, and eventually bankrupted the company that made it. Apart from looking like a poor man’s version of Avatar, Battlefield Earth is widely condemned for every aspect of its production. 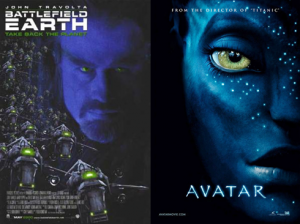 The plot takes place in the year 3000, where humans have been enslaved by Psychlos, a race of giant humanoid aliens, which actually sounds pretty cool. 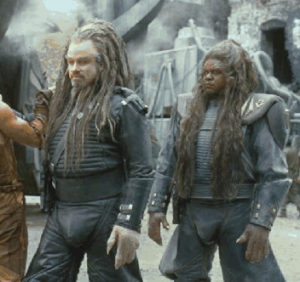 John Travolta’s character is sentenced to imprisonment on Earth. By creating a goldmine, he hopes to make enough money to buy his way off the planet. Meanwhile, some primitive human tribes wage war against their oppressive Psychlo leaders.

Winning 7 Razzies (the opposite of an Oscar), Travolta responded saying, “Not every film can be a critical and box office success. It would have been awful only if Battlefield Earth was neither. That’s not the case. It is edging toward the $100m mark which means it has found an audience even if it didn’t impress critics.” Edging ever so slowly towards the $100 million mark.

Released in 2000, we agree with the New York Time’s review that, “Battlefield Earth may well turn out to be the worst movie of this century.”

A 1999 Canadian drama film, The Law of Enclosures is about the relationship between husband and wife Henry and Beatrice, played by Oscar-nominated Sarah Polley and Brendan Fletcher.

Financed by the Canadian government due to a mandate for Canadian films to compete with U.S. films, The Law of Enclosures won three Genie awards, which are the Canadian Oscars. Much like the Canadian military or accent, nobody really cares aboot it.

Despite rather high critical acclaim, The Law of Enclosures only opened for a week in a single Toronto theatre, which just seems like a waste of money.

Starring Sylvester Stallone as FBI agent Jake Malloy, D-Tox is a 2002 killer-thriller film. Malloy is a FBI agent sent to an asylum to recover from alcoholism. A blizzard seals him and other ex-cops in, with a psychopath wandering about and killing them one by one.

Released first internationally, the distributors waited three years before going, “What the hell. Screw the U.S.” and gave it a limited release in the States under Eye See You.

With the biggest name actors, Eye See You lost more money than the budget of any of the other films thus far—that’s right, with the money lost, we could have made another Nomad (er, wait, no; we would’ve made another two Borats). The tagline is, “Survival is a killer.” Thought we’d just mention that. 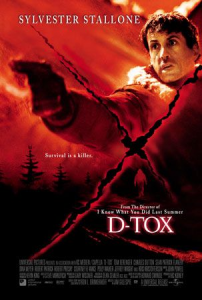 Listed in the Guinness Book of Records as the biggest box office flop of all time, Cutthroat Island is a pirate action film.

Morgan Adams is a female pirate that sets out to find a treasure map. Fighting against her evil uncle, her mutinous crew and the Royal Navy, Morgan must travel to the mysterious Cutthroat Island.

The film bankrupted production company Carolco Pictures, as well as female lead Geena Davis’ bankability. The critical and financial disaster of Cutthroat Island is credited for the reduced popularity of pirate movies until Pirates of the Caribbean. That’s right, this film was so bad it took Johnny Depp and Orlando Bloom ten years to save the genre. 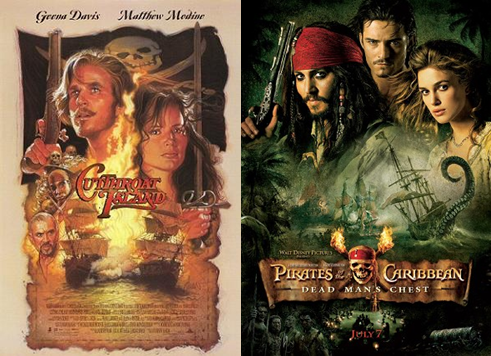