Media > Movies > Smell Like the Skeksis From The Dark Crystal 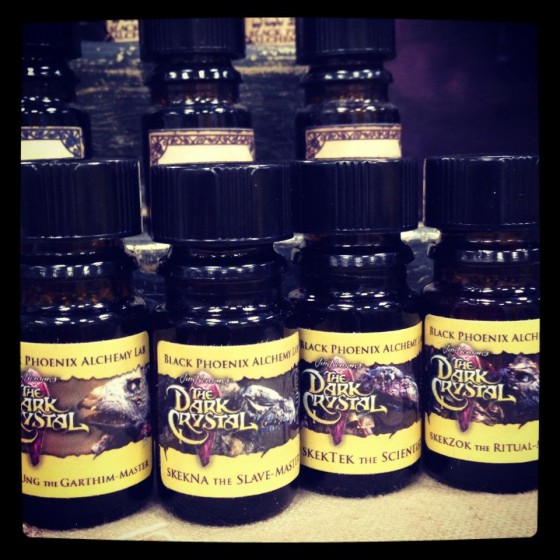 It’s been 31 years since Jim Henson’s magical fantasy, The Dark Crystal, hit theaters, branching off from The Muppets and introducing the world to concept artist Brian Froud.

The movie doesn’t hold up well upon repeat viewings for us adults who have fond memories of watching it when we were kids, but the tchotchke manufacturers know we have money to buy items that remind us of our childhood. So the latest Dark Crystal item comes from  Black Phoenix Alchemy Lab, who recently introduced incense that’s meant to smell like the Skeksis, those lovable wingless bird villains.

But back to the Dark Crystal. Here are the new scents, and the guy it’s based on.

What, no Chamberlain? Who wouldn’t want to smell like this guy?

Also see our Tribute to The Dark Crystal’s Chamberlain.