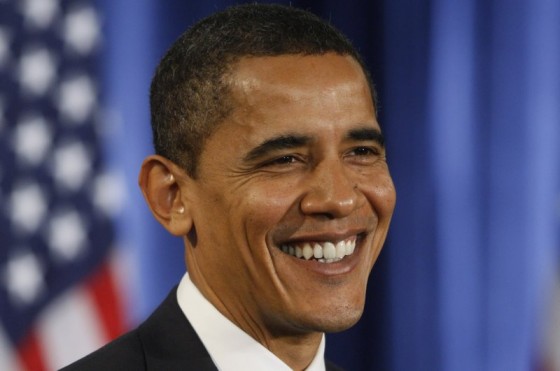 I just love how President Obama thinks that we, as Americans, wiped our ‘history’ after George “Yee Haw” Bush left office nearly four years ago. Bush left us with a war in progress (despite his utterly ridiculous claim to the opposite when he boldly announced, “Mission Accomplished” while bombs, bullet, and bodies fell around him) and Obama claimed that he would remove troops basically by the time his first hundred days were up. Epic fail. So guess what? As the police nation we’ve become ever since that magical debacle in ‘Nam, our President has decided -more or less on his own accord- that we needed to scoot our asses into Libya and oust Kaddaffi (or however the fuck you spell that shit) just like we did with Hussein. The problem is, Hussein -even with his ruthless behavior and complete disregard for human life- was not much more than a sniveling coward. Kaddaffi on the other hand has been in power for a very long time and, though a bat-shit crazy dictator, is anything but a coward. So, with all that, Obama chose last night to explain his actions to the anxious ears of the American Public. Here’s what went down:

No I don’t expect you to watch the whole thing since Presidential apology speeches have been more or less the same since Presidents began doing stupid shit. Basically, he says (According to Yahoo):

President Barack Obama wanted to tell a hesitant America why he launched a military assault in Libya, and he wanted to describe it on his terms — limited, sensible, moral and backed by international partners with the shared goal of protecting Libyans from a ruthless despot.

Hm. I guess that doesn’t sound so bad. Wait a second. I smell bullshit. Oh, I know why, cuz of this:

Trouble is, the war he described Monday doesn’t quite match the fight the United States is in.
It also doesn’t line up with the conflict Obama himself had seemed to presage, when he expressly called for Moammar Gadhafi’s overthrow or resignation. Obama’s stated goals stop well short of that. And although Obama talked of the risks of a long war, he did not say just when or on what terms the United States would leave Libya.
Obama never directly mention the Libyan rebels seeking Gadhafi’s overthrow, even though the heavy U.S.-led firepower trained on Gadhafi’s forces has allowed those rebels to regain momentum and push toward Gadhafi’s territory.

Ah ha. That explains that. But why on earth are we (or, should I say Obama) heading into yet ANOTHER bad idea that we have very little, if not nothing to do with? Well, besides that fact that we’re good folks who don’t take kindly to bullies smacking around kids smaller than us on an international playground in a scuffle that’s been going on for a very long time.

“We have intervened to stop a massacre,” Obama said.
Ten days into a conflict many Americans say they do not understand, Obama laid out a moral imperative for intervening against a murderous tyrant, and doing so without the lengthy international dithering that allowed so much blood to be spilled in Bosnia. His address at the National Defense University echoed campaign rhetoric about restoring U.S. moral pride of place after squandering it in Iraq.
“Mindful of the risks and costs of military action, we are naturally reluctant to use force to solve the world’s many challenges,” Obama said. “But when our interests and values are at stake, we have a responsibility to act.”

Wait a fucking second. We HAVE to? We have a MORAL obligation to? What the friggity fuck? Since when did we become the Principal of the global schoolyard? Oh, wait. Yeah, I already answered that. Apparently we have become the Superman of the world. Lovely. Guess what? Superman died once, too. And ya know what else? Even his beloved Metropolis, his second home, was ravaged from within. Just like us. With all the crap going on at home, you’d have to wonder why a violent upheaval that puts us in no immediate danger takes shotgun over every single fucking issue this nation faces daily that Obama promised to fix. Ya just have to wonder.