Sports > Basketball > Smush Parker on The Lakers and Kobe Bryant

Smush Parker on The Lakers and Kobe Bryant 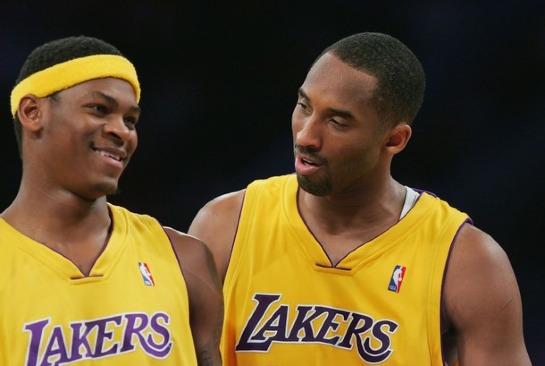 You may or may not remember Smush Parker.  If you don’t I will jog your memory.  He is the former Los Angeles Lakers point guard who was the starter during their worst seasons in recent memory. He also didn’t have such a great go of things in his time at Miami either.

Well Smush sounds a little bitter in this interview about his time as a Laker and his relationship with Kobe Bryant.  In the interview he talks about how how Los Angeles was overrated and how he wasn’t too enthusiastic about playing with #24.

You’d think that he would be more appreciative of his time in Los Angeles and the millions of dollars he made there. Hopefully he saved some and it is getting him through this recession or you may just end up seeing Smush over at your local McDonalds’. Hopefully he is better with burgers than he is with basketballs.