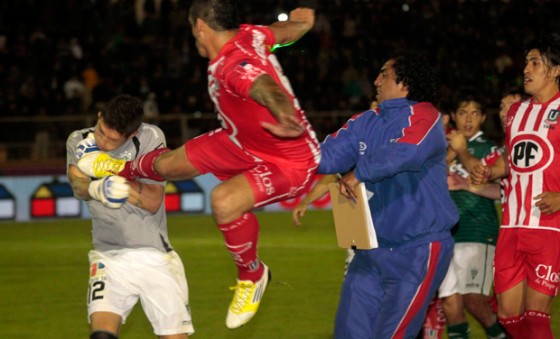 We don’t claim to know all the rules of international soccer, but we are pretty sure you aren’t allowed to kick the opposing team in the chest. In this video, via Dirty Tackle, we see Argentinian player Gaston Cellerino deliver a flying karate-style kick the chest of an oncoming opponent. The kick was apparently retaliation for an egregious case of flopping by the goalie, after Cellerino got sent off. There was no question this time that the goalie, Mauricio Viana, was actually hurt by the contact.

After watching the video we couldn’t help but be reminded of Izzy Alcantara, who delivered a similar shot to a catcher before charging the mound in a minor league game.