Media > Television > Some of the Worst Dads on TV

Some of the Worst Dads on TV 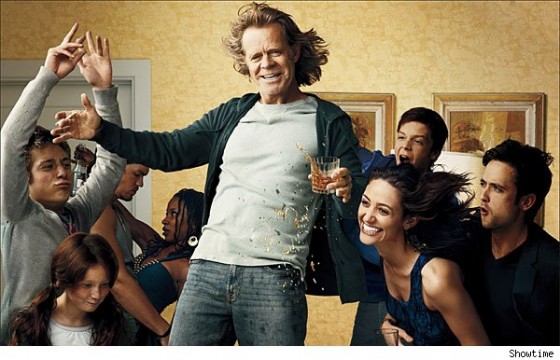 In honor of Father’s Day, we’d like to take the time to thank all of the dads that do well by their kids. You guys are true role models and should keep up the great work. However, if you’re struggling with the question of  “what makes a good dad?” — never you fear. We’ve highlighted some dads you can currently watch on TV and NOT take your cues from.

Easily the worst. The show essentially centers around a group of kids raising themselves because the father is too busy getting blackout drunk and pissing himself every day and/or night. Frank’s lowest moment came when he slept with his son’s girlfriend because he was high on painkillers and booze. Naturally this event led to the father of the girl killing himself. He’s also punched his son in the face.

Our view of Arlo is a tad skewed because we see him through Raylan Givens’ badass eyes. He’s a criminal and his son is a U.S. Marshall. You’d think something would give and Arlo wouldn’t step to his son, but he does. His botched robbery gets Raylan’s Aunt Hellen killed. Not that Raylan deserves son of the year, but Arlo has raised a gun to his boy with intent to kill.

There’s some gray area surrounding our favorite serial killer. Dexter means well by kids, but let’s not mix words. He’s a serial killer. Serial killer’s just don’t make good dads. Wasn’t that the entire point of season 4? Have we learned nothing from the Trinity Killer?

Clay is not Jax’s real dad, but he’s married to his mom and they call each other father and son. However, something just doesn’t sit right with him killing his biological father and lying about it for years. Then there’s the fact that he was going to kill Jax because he was trying to get the club to earn honestly. Clay would kill his son. No doubt about it. Snitches get stitches after all.

All three could be their own bullet point, but they’re all basically the same. (I know there will be some disagreement about this amongst superfans.) All three are alcoholics. Randy is a doctor, but is still pretty dimwitted. Neither Homer nor Peter make any attempts to really better the lives of their children. Hell, Homer occasionally forgets that Maggie is even a part of the family; that and he strangles his son regularly. Sure all of these dads have had some tiny moments of redemption here and there but those moments stick out because they are atypical.

After season 1 and possibly after season 2, Walter might not make this list. But after season 3, he qualifies. He started out so noble. He was going to sell meth to make sure his family was provided for, but then he was struck with the disease of avarice. When is it going to be enough, Walt? Three million? 30 million? Until everyone dies? You’ve driven your wife into the arms of a dude named Ted! A Ted? C’mon, you’re better than that.

A late addition to this list and it’s funny because he was only listed based on what his son said about him. The old man staged a rape and let his son Tyrion think he was saving a woman so he could finally get laid. Then to prove she was a whore, he made his son watch her bang hundreds of soldiers. Yeah that’s not going to get you on any “Dad of the Year” lists.

9
Kevin and Ruxin
The League

Maybe these guys love their daughters, but you know what they love more? Fantasy Football. And not just any fantasy football league, a 6-person fantasy league. Man, there just might not be anything lamer than that. They’d probably sell one of their daughters for a chance to hold Shiva for a season.

10
Narrator (Older Ted Mosby)
How I Met Your Mother

This may appear as a bit of a stretch, but any father that tells his two young siblings a seemingly never-ending story that’s filled with dead ends deserves to have his kids taken away, if they haven’t died of boredom already. Not to mention these stories he tells are extremely sexual in nature. What father talks about his many sexual conquests to his children? How old is that son, 14? The girl? 17? Get it together Bob Saget!

*Frank Reynolds from It’s Always Sunny in Philadelphia would have been included, but he escapes on a technicality because he’s not actually Dennis and Dee’s father.