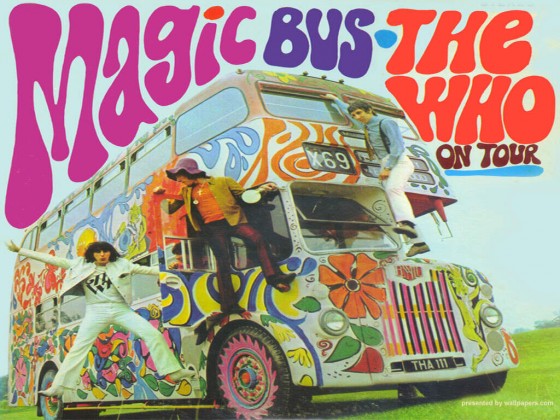 There’s just something about magic that everyone seems to dig, which is probably why almost every musician and band has done a song about it in one way or another. And since there are so many great tunes that both feature and are titled something about magic, I really had to whittle it down to just the thirteen coolest songs. But why magic, you ask? Why not? That’s like asking why do a list about songs devoted to flowers or women or cars? Because they’re there, that’s why. Also maybe because Harry Potter wraps up his tenure of flicks this summer, too. Lame segue, I know, but what are ya gonna do. Anyway, grab your wand and check out some songs about magic and a little bit of trivia about each song to boot! How can you lose?

Trivia Bit: Notice how everyone else plunges into the pool while Ric Ocasek remains high and dry. He just might be… Jesus?

America
You Can Do Magic

Trivia Bit: This album was to be the band’s big ’80s comeback, and the song peaked at number 8 on Billboard.

Trivia Bit: Xanadu (the film from which this song appears) was produced through Don Bluth Studios, the same animator that did The Land Before Time and The Secret of Nimh.

Queen
A Kind of Magic

Trivia Bit: (From Wiki) – The phrase “a kind of magic” is actually used in the film Highlander by Christopher Lambert and impressed Taylor so much that he made it into a full song. There are references to the film in the lyrics : “one prize, one goal,” “no mortal man,” “there can be only one.”

Trivia Bit: Billboard magazine ranked “Magic” as the third most popular single of 1980, behind only “Call Me” by Blondie and “Another Brick in the Wall” by Pink Floyd.

Trivia Bit: The song is sung from the viewpoint of a young girl who is being seduced by an older man (referred to as a Magic Man), much to the chagrin of her mother, who calls and begs the girl to come home.

The Lovin’ Spoonful
Do You Believe in Magic

Trivia Bit: A cover from the song was used in the Super Mario Bros. Super Show! episode “Mighty McMario and the Pot of Gold”. And that’s both obscure and ridiculous.

4
The Who
Magic Bus

Trivia Bit: (From Wiki) – Pete Townsend wrote the song in 1965, but the Who weren’t the first to release it, as that honor falls to some obscure band named “The Pudding.” It flopped so it was re-recorded and release by The Who in 1968.

3
The Police
Every Little Thing She Does is Magic

Trivia Bit: Though many people attribute this song solely to Santana, it was neither written by nor sung by him. Fleetwood Mac released it as a single in 1968, and then it was a hit for Santana, but it was sung by Gregg Rolie.