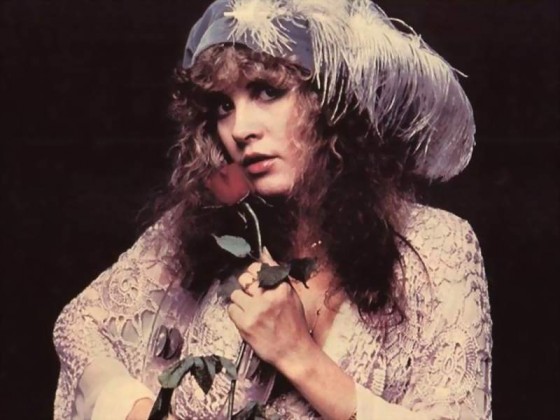 There are just some names that lend themselves to song titles: Mary, Katie, Jane, er, Deirdre. Perhaps it’s the popularity of the epithets, paranoid managers’ need for radio-friendly drug slang or seriously unimaginative songwriters, but it’s clear some girls’ names are created more equally than others; at least when it comes to classic pop music.

One of the most song friendly names going is, of course, Sarah. In fact, after Mary, Jane, or a combination of the two, it’s probably the most popular girl’s name out there. So without further padding we present some of our favorite songs about Sarah — hopefully at some point we will settle on the right way to spell it.

When your marriage is on the rocks and you’re fast approaching middle-age and the prospect of working your way through the lonely hearts column in Rock Star Weekly is filling you with dread, there is really only one thing to do: write your former sweetheart an elegiac love letter, in song form. Including lines like: “Sweet virgin angel, sweet love of my life”, and “radiant jewel, mystical wife” are probably not going to harm your chances of rekindling the lost romance either. In this case, Dylan was, albeit briefly, reunited with the subject of the song, his wife Sara Lownds.

If pop stars aren’t writing odes to former, current or prospective paramours, they are often given to penning sentimental songs about their children. This “Sarah,” written by Thin Lizzy’s front-man Phil Lynott and guitarist Gary Moore, is one such song. The Sarah in question is Lynott’s newborn daughter. A completely different song, also called, “Sarah,” was written about Lynott’s grandmother.

A tangled web of relationships at the best of times, the band often known as the Mac (and far less often as the Fleetwood) is prone to mellifluous introspection. This song, which detailed the finer points of the band’s relationships, is one such example. Written by Stevie Nicks and purposefully vague, no one can say for sure which member of the Mac it is about or what exactly the point of the song is. Sort of like the Mona Lisa of music.

Hall & Oates first U.S. Top 10, way back in 1976, the Sara in question is an odd mix of “baby hair” and “woman’s eyes” with a bizarre penchant for watching the singer during the night. Despite these stalkerish predilections, the writer still just wants to see her smile. It was actually written about Daryl Hall’s girlfriend Sara Allen. The couple stayed together for 30 years, before finally splitting in 2001.

Acknowledging the Sarah with or without a ‘h” debate, versatile songwriter and Specsavers model Ben Folds mentions the issue right in the first line of this track. Sara “without an h” falls in love with Zak who writes her a song. Helpfully, Sara can also see the future. It might not be the most well-known song on the list, but it is, at least, proof that the Sara(h) song has survived the millennium.

Released by Starship in 1985 on the Knee Deep in the Hoopla album, this version of Sara reached the top of the Billboard charts, and thus is probably the most well-known song about Sara. It was sung by Mickey Thomas, and hit number-one on the Billboard Hot 100 chart on March 15, 1986 staying at that position for only one week. The music video for “Sara” prominently features actress Rebecca De Mornay and Thomas in a storyline about a relationship ending, with frequent flashbacks to what is presumably Thomas’s character’s childhood and the tornado that wrecked his home.

Have a favorite Sara(h) song? Let us know.