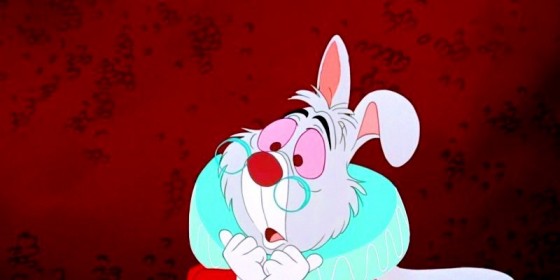 How many songs do you know off the top of your head with the word “white” in them? Probably a couple. Well, this list of ten consists of what I believe to be the greatest sings about said color. Oh, and “White Christmas” isn’t on here because I’m tired of it. So there.

Interesting Tidbit: While the song itself is admittedly about class economics and race, the rumors that spread upon its release about its attempts to cause a race war were false.

Interesting Tidbit: When released in The Summer of Love in ’67, it quickly became one of only 30 songs to sell over ten million copies. It is still the most played song in public places throughout the UK.

Interesting Tidbit: The song’s main riff is often falsely attributed to Guns N’ Roses guitarist Slash. His guitar work is, however, featured in the opening skit for the song’s track on the album and can be heard in the extended video.

Interesting Tidbit: (From Wikipedia) “According to the liberal American investigative news magazine Mother Jones, the song is the fourth-most used in American prisons to disorient and cause sleep deprivation among inmates.”

Interesting Tidbit: The song holds the dubious and sad distinction of being the highest complete Hot 100 disappearance from the pre-digital download era as it vanished entirely from the chart after falling to #17 and hasn’t been on it since.

Interesting Tidbit: The backing track for “White Room” was actually recorded while the band was on tour using only an 8-track tape recorder, which was rare for the time.

Interesting Tidbit: Though the song contains obvious references to Lewis Caroll’s Alice in Wonderland series, much of the imagery was considered even more connected with drug use and psychedelia and was said to have been used in a way to skirt the radio play rules. Never denied, this song and its title became forever ensconced with drug use of the age.

Interesting Tidbit: Though touted as such on VH1’s Pop-Up Video, this song has nothing to do with Idol’s sister and his hatred toward her fiance for getting her pregnant.

Interesting Tidbit: (From Wikipedia) “When Yankovic is on his Myspace page in the video, ‘White and Nerdy has 27 friends’ can be seen at the top of the computer screen (Bill Gates, Napoleon Dynamite, Mr. Peabody, Albert Einstein, Screech, Frodo, Pee-Wee Herman, and Tom). This is a continuation of his usual trend of putting the number 27 somewhere in his videos.”