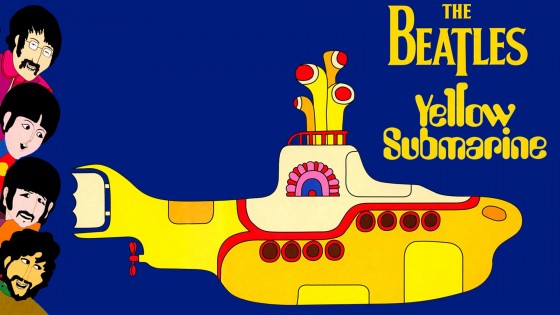 Here we find ten songs featuring the color yellow. Strangely, it’s a color not often included in lyrics and that’s likely because there aren’t many words that actually rhyme with it. Which explains why in most of these tunes, it’s used in such a way where it doesn’t have to. There are likely more, but these ten definitely round out the greatest nicely.

Interesting Tidbit: Everyone knows the song itself is about a released prisoner and his maybe/maybe not return to his previous love. But did you know that Telma Hopkins (one of the Dawn trio) went on to star on such shows as Bosom Buddies, Gimme a Break and Family Matters?

Interesting Tidbit: The song itself is inspired by an evening where the stars were brightly hanging in the night sky, and the band found them… well, yellow I guess.

Interesting Tidbit: Oddly, despite lyrics to the contrary, this song’s release helped the risque swimsuit take off in sales. Up until then, it was still deemed inappropriate.

Interesting Tidbit: Though the song itself has many interpretations (including the most widely accepted version about being an anti-war tune), Eddie Vedder to this day still mumbles through most of it due to the fact that many of its lyrics were just never written.

Interesting Tidbit: The line “They took all the trees, and put ’em in a tree museum/And charged the people a dollar and a half just to see ’em,” refers to Foster Botanical Garden in downtown Honolulu, which is a living museum of tropical plants, some rare and endangered; a fact that spurned Mitchell to write the song in the first place.

Interesting Tidbit: The tune itself is actually part of a four-song suite consisting of “Don’t Eat the Yellow Snow,” “Nanook Rubs It,” “St.Alfonzo’s Pancake Breakfast,” and “Father O’Blivion.” It’s a pretty amazingly bizarre story. Trust me.

Interesting Tidbit: This tune is an oldie from Becker and Fagan and can only be found on the unreleased Old Regime. I say unreleased because it really wasn’t approved by Steely Dan due to its lack of polish and production.

Interesting Tidbit: According to a 1980 interview with John Lennon, the song “is Paul’s baby. Donovan helped with the lyrics. I helped with the lyrics too. We virtually made the track come alive in the studio, but based on Paul’s inspiration. Paul’s idea. Paul’s title… written for Ringo.”

Interesting Tidbit: To no one’s surprise, Ben and Jerry’s ice cream has a flavor based on the song called Goodbye Yellow Brickle Road. It’s pretty good.