Killer Songs with Numeric Titles: The Zero to Nine Collection 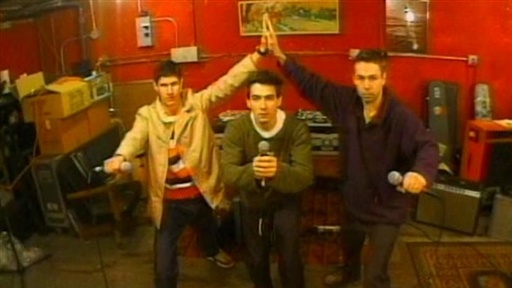 Songwriters like numbers in titles. I’m sure there’s a reason why this is so, but I’m too lazy to conduct the extensive research necessary to cull an answer. It probably has something to do with Buddhism or some other artsy-fartsy spiritualism musicians use for inspiration. Either that or they all secretly want to be accountants. Whatever. Here are ten terrific tunes with numeric titles, from zero to nine.

If you’re not familiar with the Yeah Yeah Yeahs’ catalog, go to YouTube and type them in the search box. You’ll be hooked. Frontwoman Karen O is a marvel to behold. She’s a sexy, goofy, beautiful, weird package of boundless energy and soulful vocals. Oh, guitarist Nick Zinner and drummer Brian Chase aren’t slouches either.

Apologies to U2, but Metallica’s “One” kills all competition. From James Hetfield’s shredding voice to Lars Ulrich’s thunderous drums, this song reaches new heights of heavy metal badassery. It’s one of the band’s most complex arrangements — a slow build to a rousing crescendo that encompasses multiple layers of tone. Hearing it Live is an experience like no other.

Long before Damon Albarn created Gorillaz, he was the leading force behind the alternative rock band Blur. “Song 2” marked a departure from their early ’90s Britpop style. It was a short, fast, heavy shift toward punk that became their biggest commercial hit in the US. It’s been played in countless commercials and movies ever since.

Three MCs and One DJ
The Beastie Boys

A quick check of the Beastie’s discography reveals several songs featuring numbers in the titles. “Three MCs and One DJ” is a brilliant exercise in minimalism. Mix Master Mike lays down the beats and the Boys do what they do best: spit dope rhymes such as, “Sweet and sour like a tangerine, Fresh like a box of Krispy Kremes.” Nobody does it like the Beastie Boys.

Tool belongs in a category all to themselves. Their eclectic brand of progressive rock/heavy metal has produced a bevy of memorable songs during the ’90s and ’00s. Maynard James Keenan delves into deep, dark themes in his writing, but leaves plenty of room for his ribald sense of humor. As far as innovation is concerned, few groups can match Tool.

Rap duo Yukmouth and Numskull, aka The Luniz, parlayed this 1995 smash hit into a fairly successful run during the salad days of hip hop. Unless you’re a diehard fan, you probably can’t name another of their raps, but “I Got 5 On It” is so sick it doesn’t even matter.

Thanks in large to the 1997 movie The Saint, this trip-hop track got regular airplay on US radio after being a club hit in England. Lead singer Kelli Dayton’s silky smooth voice complements a catchy beat. It’s also appeared in Can’t Hardly Wait, Cruel Intentions and Beverly Hills, 90210.

Is it really necessary to sing the praises of Prince? He’s a fuc*ing legend. End of story.

Trance/electronic icons Karl Hyde and Rick Smith have been reinventing the genre for over thirty years. Their unique sound combines pop, punk, house, reggae, techno and rock to form a sensory overload of psychedelic awesomeness. “8 Ball” was first introduced on the soundtrack to director Danny Boyle’s film The Beach, starring some kid named DiCaprio.

Whether you find this bizarre offering from the Fab Four compelling or not, it does represent perhaps the most experimental “song” they ever released. It also clearly exposed Yoko Ono’s influence on John Lennon. It basically equates to flipping channels on a remote control for eight minutes. There’s a message buried in there somewhere, but searching for it can be a chore.