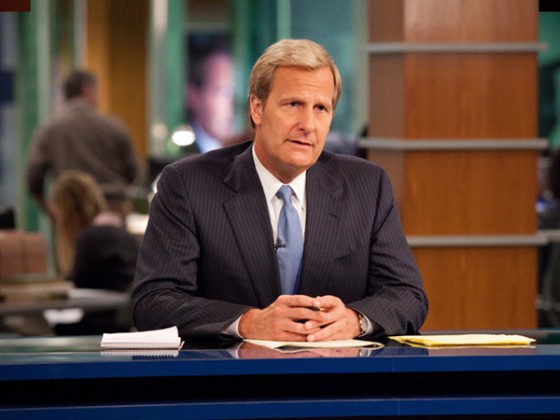 For those not in the know (i.e., with lives), Hollywood scribe Aaron Sorkin has a new television series that premiered this past Sunday night called The Newsroom. This marks his third attempt at deconstructing the behind the scenes machinations of a Live television broadcast, following the vastly underrated Sports Night and the vastly disappointing Studio 60 on the Sunset Strip.

I caught the first episode and it’s basically The West Wing meets Network, although not nearly as overwrought as the former or as compelling as the latter. It has potential, but having worked in TV news myself for over a decade, I found it incredibly predictable and the characters, well, eerily similar to ones previously residing in the Sorkin universe, right down to their familiar dialogue. Which brings me to this excellent supercut simply titled “Sorkinisms.” Like most writers, Aaron likes to visit the same well time and time again.