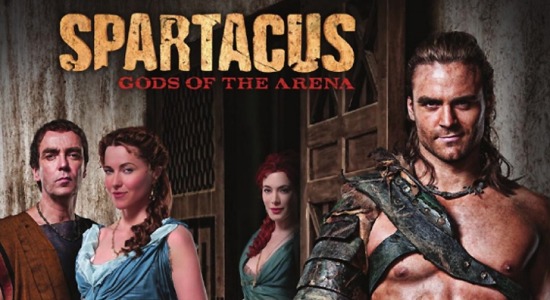 If you have yet to watch the Starz original series Spartacus: Blood and Sand, what the hell are you waiting for? Get thee to Netflix and catch it on Instant Play. It brings new meaning to the term excessive. There’s excessive violence, sex, blood, decapitations and betrayal. Sounds like my last family reunion. *slaps knee and guffaws*

But I digress. The six-part  prequel to Blood and Sand, Spartacus: Gods of the Arena premieres January 21st at 10pm. It follows a character named Gannicus, the first gladiator from the house of Batiatus to achieve the title, Champion of Capua. Several characters from the original series will return, including Lucy Lawless’s Lucretia, Manu Bennett’s Crixus and a cameo from Spartacus himself, played by Andy Whitfield, who is still battling non-Hodgkin lymphoma.

Here’s a tantalizing preview to whet the appetite for all things sinful: