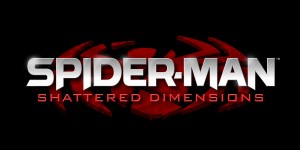 What is better than a Spider-Man video game? How about four different Spider-Man video games rolled into one exciting adventure? I had the chance to review the game on the XBOX 360. It doesn’t matter if you’re a comic geek, a hardcore gamer, or a casual gamer – you will enjoy this game.

The game starts out where your friendly neighborhood Spider-Man is in present day trying to stop Mysterio. While he is stopping Mysterio, he punches the Tablet of Order and Chaos and it breaks into pieces. The shattered fragments go into different universes that include Spider-Man in some shape or form. Spider-Man works with Madame Web to understand what just happened to all four universes and discusses the need to restore the tablet back to it’s correct shape. Madame Web gives you the rundown of each world. This is where you start to learn how to play the game for all four different Spider-Men. 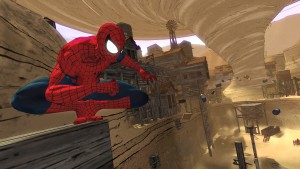 The four Spider-Men are the Amazing Spider-Man (the present day and which most people know about), the 1930’s Spider-Man who is known as Spider-Man Noir, Ultimate Spider-Man that dons the black outfit that Spider-Man got during the Secret Wars, and Spider-Man 2099 which is the tale of Spider-Man set in the future. All have different powers to make them unique but keep the same “Spidey-Sense” that we all know and love. 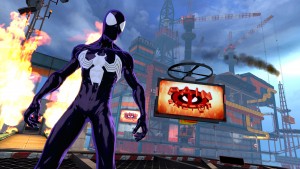 You will face many familiar enemies throughout the game. Some will look very familiar and others might have a name you know but look totally different from you remember in the comic books. The game was written by comic book writer Dan Slott and takes the players to all four universes and really explores all the aspects of each Spider-Man. 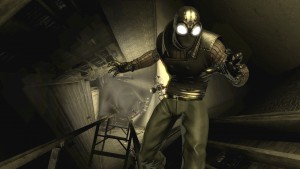 One of my favorite parts of this game is the first person fighter sequence. During the fight with Kraven the Hunter, there are parts of the fight where you move to the first person view. You have to punch and dodge the enemy’s punches. Plus to connect as many blows as necessary you need to switch your fighting style to keep your opponent guessing. 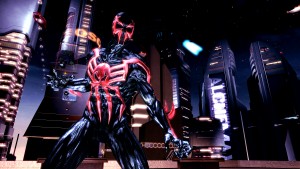 Along the way there are silver and gold spider icons as well as challenges to complete to earn more points that will allow you to upgrade each Spider-Man.  Another great feature is the Spider Sense mode. It allows you to see anything that is in the room or coming at you. This is a great feature in the Spider-Man Noir dimension since hiding in the shadows is one of your biggest weapons and the Spider Sense can help see what lies ahead. 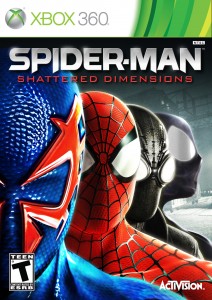 This came will keep you hooked with the main story lines as well as the different challenges along the way. For info on the game check out the Spider-Man Dimensions website and you can purchase the game for the Wii, XBOX 360, PS3, and Nintendo DS at their website or on Amazon.com. Below is the trailer for the game to get your Spider-Sense tingling!