Spike Lee is an Idiot 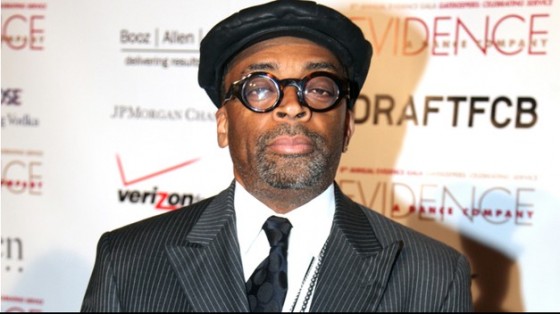 “All white people are racist and I am the best filmmaker ever.”

There are few people with a mouth as big as Spike Lee’s. Director of such films as Do the Right Thing, Jungle Fever, and Malcolm X, Lee has a record of public controversies longer than his own filmography. He’s used his fame as a soap box to vent arrogant and immature drivel, alienating colleagues with his unsolicited, bitter, biased and nonsensical opinions. The latest on a long list is thanking Jesus after successfully funding a $1.25 million movie project on Kickstarter, despite being a millionaire.

Here are just a handful of his more pathetic moments.

In March of 2012, Lee tweeted out what he believed to be the address of George Zimmerman, who shot an unarmed teen, Trayvon Martin, in Florida.

However, it wasn’t Zimmerman’s address – it was someone else’s who had nothing to do with the shooting. The occupants had to leave their own home as a precaution due to Lee’s participation in this angry mob.

Though Lee admitted he was wrong, and apparently reached a settlement with the occupants, the idea that a man of Lee’s influence would encourage what’s clearly meant to be vigilante justice is inexcusable and criminal. Even if it was the correct address, what did Lee intend to accomplish? Imagine if this happened:

I’m no fan of Zimmerman, but Lee couldn’t have had anything else in mind when he sent that tweet, and he would be a guilty participant if anything happened as a result of this foolishness.

In 2003, TNN changed its name to Spike TV. This infuriated Lee, who got a court injunction to stop the name change. Why? Well, obviously because,

“The media description of this change of name, as well as comments made to me and my wife, confirmed what was obvious – that Spike TV referred to Spike Lee.”

(Anyone else remember all those Spike Lee movie marathons on Spike TV? Didn’t think so.) 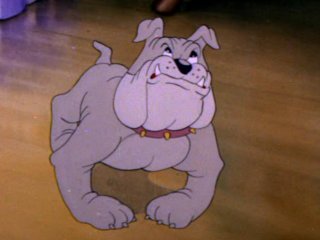 “TNN renamed themselves after me?”

Lee said that former NRA spokesperson (and actor) Charlton Heston should be shot “with a .44 Bull dog.”

I’m just assuming that Lee said this because he isn’t a fan of gun owner rights, yet he suggests that Heston should be shot with one. Imagine, for a second, that one of Lee’s lunatic followers followed up on this. (Or maybe I’m giving Lee too much credit and no one really takes him seriously.)

In 2008, Lee criticized Clint Eastwood’s film “Flags of Our Fathers” because it didn’t feature any black soldiers, and he also criticized reporters for not confronting Eastwood about it.

Okay, that would have been much better, but instead he said:

“First of all, the man is not my father and we’re not on a plantation either.”

Aside from the fact that Lee enjoys flaunting his imaginary broken shackles in the face of white people like a game of ‘nanny nanny boo boo,’ he’s clearly that kid in art class who mercilessly criticizes other people’s artwork for not being the way he thinks it should be. However, though no one values his opinion, he won’t shut up, then pats himself on the back for his own work and says it’s a conspiracy when it doesn’t win an Oscar. 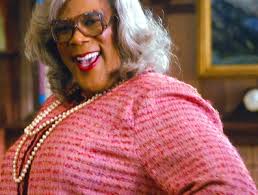 “Imma whoop your behind Spike!”

To be fair, I’m no Tyler Perry fan either. But Perry has a right to do what he does and make money. And for that, I commend him. Spike Lee, who resorted to using Kickstarter to finance a film because no studio wants to back him, says about Perry:

“For me, the imaging is troubling and it harkens back to ‘Amos n’ Andy’.”

Just like the Clint Eastwood incident, Spike Lee needs to recognize that his criticism accomplishes nothing, and his track record alone will forever eclipse any point, valid or not, that he’s trying to make.

Lee doesn’t like it when Quentin Tarantino uses the N-word. Never mind that Lee uses it himself, he doesn’t like that a white director uses the word.

“I’m not against the word, (though I am) and I use it, but not excessively. And some people speak that way. But, Quentin is infatuated with that word. What does he want to be made — an honorary black man?”

Once again, Lee wants to tell other directors what they should and shouldn’t do. But it gets worse. Lee criticized Tarantino’s film Django Unchained, which Lee did not even see.

“American Slavery Was Not A Sergio Leone Spaghetti Western.It Was A Holocaust.My Ancestors Are Slaves.Stolen From Africa.I Will Honor Them.”

“The question for me is: where’s Spike Lee coming from? He didn’t like Whoopi Goldberg, he doesn’t like Tyler Perry, he doesn’t like anybody, I think he’s sort of run his course. I mean, I respect Spike, he’s a fantastic director. But he gets a little shady when he’s taking shots at his colleagues without looking at the work. To me, that’s irresponsible.” 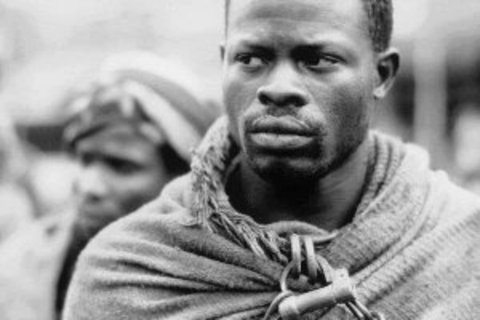 I can’t believe I was left on the cutting room floor!

Steven Spielberg directed a movie called Amistad, about the slave ship brought to the United States in 1831. Lee, who obviously thinks he’s smarter than Spielberg, said: “My problem with ‘Amistad’ was that they left the good stuff on the cutting room floor. They chose to go with the usual, the other angle. Where the real story about ‘Amistad’ is about the slaves, they wanted to focus on Matthew McConaughey and Anthony Hopkins.”

No word on what ‘good stuff’ Lee was referring to, but my sense is it doesn’t involve anyone using the N-word.

Spike Lee’s greatest accomplishment is fooling folks into thinking he’s a good director. I paid to see Crooklyn and it was the biggest financial mistake of my life.

Lee’s Do the Right Thing made the American Film Institute’s Top 100 Films list. Yet, Lee reports that only white people ask him why Mookie threw the trash can, a point of view that the black audience apparently ‘gets.’ The AFI, which I’m sure is made up of more white people than anyone else, honors the film though they are more likely to ask Lee ‘why?’ thus not ‘getting it.’ Congratulations, Spike, you fooled the white man into thinking you’re a talented director. Now fool them into ‘getting’ your films.

Also see: “Whites Don’t Get ‘Do the Right Thing’”

I’m not reporting anything new here, just compiling a sampling of the antics of an ignorant, egotistical narcissist who believes he speaks for all black people. I’ll take this one step further and suggest anyone who nods along with this madman has some serious issues in their own life that they won’t overcome so long as they share Lee’s racist, narrow-minded outlook on life. Lee’s methods of social commentary don’t fight racism, but create it, as otherwise decent folks who hear his rhetoric flock to other points of view solely out of spite.

“Spike can go straight to hell!”

Spike Lee’s accusations of racism have often come with mind-blowing double standards. He’s always been a staunch defender of black rights, both through his movies and his mouth, while at the same time making conspiratorial, unnervingly-offensive references to a “white media” and a Hollywood ‘run by Jews’.

…Continually marking a distinction between ‘black’ and ‘white’ – as Lee likes to do – only serves to keep racism alive and deepen any existing racial divides. In fact, Lee is so reductive in his views on race and so detrimental to black culture that, if there really was a Fellowship for the Honorary Black Man, Lee’s proposed candidacy would probably never be accepted. Tragically, Tarantino would likely be ahead of him in eligibility.

Spike Lee just keeps the candle for racial segregation burning, broadcasting woefully biased and stereotypical views to an audience of millions. Racism is (obviously) a terrible thing, but a man abusing a significant position within the film industry to promote division is even worse, and it won’t be a terrible day when Spike Lee disappears from the movie world altogether.