Media > Movies > Is Spock Trapped In A ‘Mirror Universe?’

Is Spock Trapped In A ‘Mirror Universe?’ 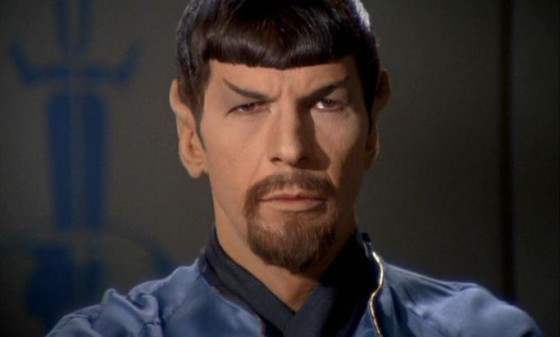 In the original 1960’s television show Star Trek, there was an episode entitled ‘Mirror Mirror.’ In that episode, the Enterprise trades cast members with the members of the Enterprise in a mirror universe. Of course, in that universe, everyone seems to be some sort of weird really sexually charged version of the Enterprise crew that we know and love. The universes are similar but have just enough changes to obviously be different.

In the latest Star Trek film series, an elderly Spock (from the universe that we know and love) is caught back in time due to a space storm as well as the actions of a villain called Nero. Spock ‘Prime’ (no relation to Optimus) even settles into this role and interacts with his ‘younger’ self. The odd part is that Spock has been in ‘time traps’ before. This is a universe which has also gone horribly divergent with the destruction of the planet Vulcan. The important distinction between this as well as other ‘time traps’ is that Spock has made no attempt to escape. He has also not made an attempt to go back even farther in time to erase the events and restore the current timeline. 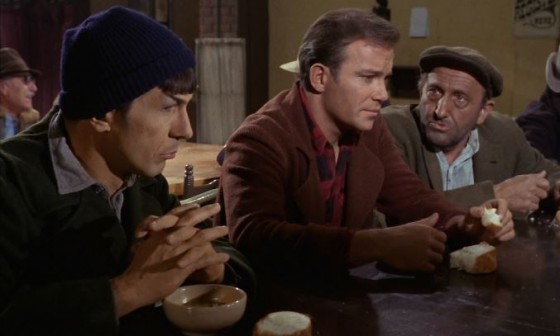 Keep in mind that such a faithfulness to the events of the current time stream is exactly what Spock helped to maintain in the classic Star Trek episode ‘City on the Edge of Forever.’ Think about the consequences here. Spock’s actions were not only preserving the events in World War 2, they were also preserving the latter events alluded to in later Trek canon. This includes World War 3, The Eugenics War, and the entire Post Atomic Age and wars associated with that. Spock also went out of his way to keep the damage to the timeline as minimal as possible in the movie Star Trek IV: The Voyage Home. 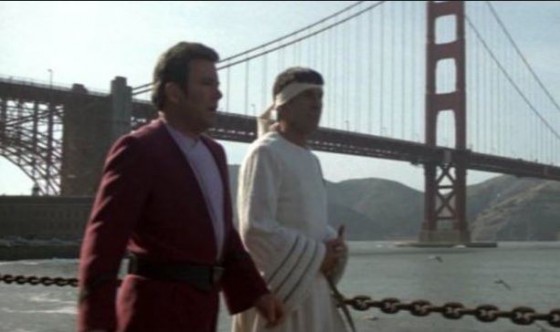 How absolutely absurdly illogical is it that Spock would think so much of the Earth history that led to the Federation, yet choose to essentially retire in a past age in which his own planet was destroyed? Time Travel is an established (albeit rare) event in the Star Trek universe. Spock is dedicated to the lifelong pursuit of science. Why would he not devote himself completely to stopping the actions of Nero before all went awry rather than simply letting the future play itself out? After all, this not only threatens Spock’s future but also the future which includes The Next Generation, Deep Space Nine. and Voyager.

This leads to the anomaly of the ‘mirror universe.’ Spock believes in the Prime Directive. He did manage to mess with the Directive a little bit by giving consultation to his ‘younger self,’ however overall Spock believes in this principle. Spock does not want to alter the natural progression of things. However, Spock has already shown a willingness to alter the natural progression if his presence is the cause of the divergence. This is not just a minor point. This is a question of logic. How can you allow a divergence to continue when you are the cause of the divergence? Ergo and therefore, Spock Prime knows something that the rest of us either do not or have not yet caught up with. Spock Prime is following the Prime Directive as best he can up to the time of his presumed death, by not interfering. Spock has to let this universe unfold naturally, because it is not Spock Prime’s universe. 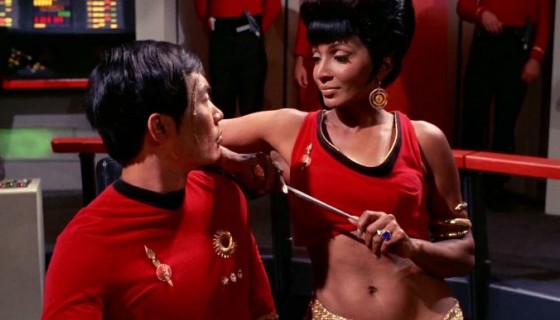 It is not the evil Mirror Universe, but it also not the universe Spock knows. It is close but clearly not his universe. Like a prisoner of war, Spock Prime is now holding steadfast to the only principle that he has left in order to keep himself somewhat sane… The Prime Directive. Spock can clearly see the difference.

The simplest and most logical way for Spock Prime to maintain the integrity of two universes is by spending out his days as out-of-the-way as possible in the second universe he now finds himself trapped in. After all, it is not only the logical but also the… human thing to do. Any attempt to go back to his own universe might further disrupt the delicate balance between the two.