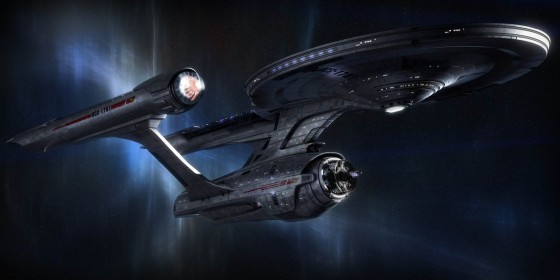 So my wife and I went to the new Star Trek movie this past Saturday, both already with the knowledge that it was going to, a: kick a multitude of ass; b: be this year’s ‘Star Wars’, and, c: fill in a bunch of the Trek storyline. Wow, there’s a huge bill to fill for sure! So, the expectations were already firmly set in place and, typically, I hate going to movies I know far too much about, and this one was borderline. Now also as I was going in it occurred to me that I certainly was, by no stretch of the imagination, a ‘Trekkie’. In fact, my one true cinematic love is, coincidentally, Star Wars. I was not fully familiar with the lore from the original series, since I really only watched a dozen episodes all told. I did, conversely, watch all of the movies and a bunch of Next Generation and was, for the most part, satisfied with those. So, despite all of this lack of knowledge, I guess I really did have a vague notion of what I was getting into.On the other hand, my wife had absolutely no clue what she was getting into basically understanding that there was a Kirk, a Spock, and a ship called the Enterprise. So in we went. 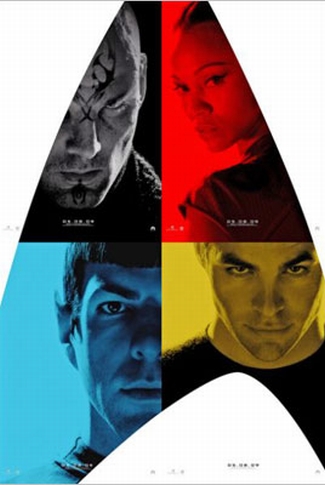 Before I go on, let me take this paragraph to bitch openly at the collection of ass-hats who sat behind us. Look, I fully expect to have to share a full theater with any number of differentiating classes of humans, but when you’re more or less forced to sit in front of a gaggle of teenagers, things are gonna get ugly. Now my wife is no slouch when it comes to sticking up for herself, and when she got clobbered in the back of the head by what looked suspiciously like a 2-liter bottle, she shot them a look so diabolically horrid that I actually felt bad for those bastards. They stopped after that. It was awesome.

Right out of the gate Star Trek is an all-out, popcorn-munching, hell of a fun ride. You immediately become acquainted with and fall for the hero, James T. Kirk. Born of a dramatic shuttle escape from the USS Kelvin and never actually knowing his father (well, according to one of two of the traveled time-lines… really, it’s not that confusing), Kirk goes on to Starfleet and quickly makes his brash and smarmy attitude known when he’s ultimately smuggled on board the Enterprise. Fast friends from the get go with Leonard McCoy, Kirk needs to rapidly prove his appearance on the bridge of the ship lest the two of them face trouble. But, though at once butting heads with professor Spock whom he had a broken trial with back on campus, Kirk immediately provides the crew and her captain, Pike, that the situation they’re warping into is likely to be dangerous or deadly as it’s almost to the letter the same as the one that claimed the life of his father. Pike is fully aware that Kirk is an unpolished gem and allows him, under command of the temporary captain, Spock, to assist in the explosive occurrence.

Playing against the devil-may-care persona of Kirk, is the far more resolute and introverted Spock. Even at his graduation, Spock is haunted by the fact that his mother is human, and his father, Sarek -though a diplomat to Earth- has been often labeled a traitor for falling in love with her. Spock decides to go against the desires of the Vulcan council and joins Starfleet. In doing so, he is immediately shot through the ranks in a rapid three years and becomes a professor where he is given the job of writing an ‘unbeatable’ situation program for students to prove they can be calm under the duress and obviousness of death. Kirk finds a way to ‘break’ the scenario, however, and the two meet for the first time.

As even the most ignorant of Trek fans know (and, oddly, through the film, I discovered I knew far more than I originally assumed), Kirk and Spock eventually do become the very best of friends, relying on each other and treating each as though real brothers. That being said, it is really fun to watch the two of them grate on each other until, finally, the time comes where they must trust each other completely for the benefit of the entire crew, and the whole population of Earth.
The length of this movie was never called out as the pace is so perfect with nary a slow moment. I did, absolutely, note a solid comparison in theme and structure to the original Star Wars trilogy as a whole, and I am perfectly fine with that as the second SW trilogy was an unsatisfying dud. This time around the aliens (as opposed to just green-skinned women -though she’s here, too) play a far heavier roll, and the battles in space are so lavish and expansive that you never want them to end. It is such a well put-together film that does, in its own way, fill in a few blank spaces in the Trek Mythos. Will heavy ‘Trekkies’ like it? Fifty-Fifty. But, as we all know, hard-core fans of anything ‘remade’, ‘reimagined’, ‘redone’ or otherwise messed with may have a few choice words. For me, it was really cool. For my wife? Well, she likes Simon Pegg. So there ya go.