Humor > Videos > Star Wars and its Many Insults : Part One

Star Wars and its Many Insults : Part One 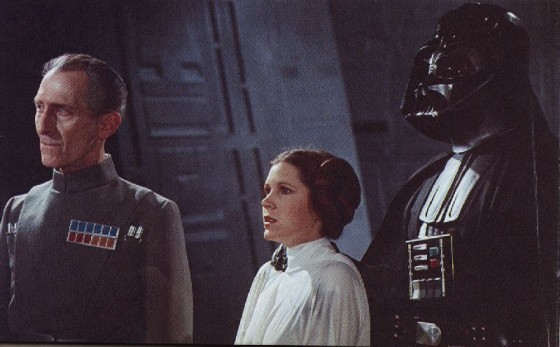 Sadly, I am not referring to the second Trilogy, which, for all intents and purposes, was one three-part insult. No, what I’m talking about are the many insulting words slung around all free and loose in the original, far better Trilogy. Seriously, it’s like a Junior High playground in there! These three flicks were overflowing with name calling, mud slinging, and childish bickering… enough to where you almost have to question if George Lucas is secretly hording some deep-seeded infantile issues.

Of the three, it seems that A New Hope and The Empire Strikes Back have about the same number, and that number as far more astronomical than you’d think. Return of the Jedi, despite the fact that it’s overflowing with Han Solo versus a shit-load of Muppets, doesn’t really have as many, though even The Emperor seems to get in his licks. Oh, I can see you want proof. Well you’re in luck, for I have collected each and every one!

Now these are insults directed at the main characters, not at machinery (ie: Leia tosses a few at the Millennium Falcon) so don’t go looking for those. Now, the plain and simple fact is that there are so damn many of these… and since I wanted to provide you all with video evidence well, we’ve decided to break it apart into pieces. Here we have part one from A New Hoe. So, there ya go. Enjoy ya Nerf Herders! (videos each start at the appropriate time)

C-3PO to R2-D2 – “You’ll be malfunctioning within a day, you nearsighted scrap pile.”

(I like to assume Obi Wan is referring to the inhabitants of Mos Eisley when he says this, mostly because the insult is so damn pimp) “Mos Eisley Spaceport. You will never find a more wretched hive of scum and villainy.”

Han to Luke – “Watch your mouth kid, or you’re gonna find yourself floating home.” (Maybe not so much an insult as just plain being a bully.)

Leia to Tarkin – “Governor Tarkin. I should have expected to find you holding Vader’s leash. I recognized your foul stench when I was brought on board.”

Han regarding Obi Wan, Luke, and the Force – “Hokey religions and ancient weapons are no match for a good blaster at your side. (This insult is almost akin to calling Christianity a giant parlor trick to an ordained minister.)

Han: “Damn fool, I knew that you were gonna say that.”
Obi Wan: “Who’s the more foolish: the fool, or the fool who follows him.”

Han to Luke about Obi Wan – “Where did you dig up that old fossil?”

Imperial Officer to Han and Luke as Storm Troopers about a shackled Chewbacca – “Where are you taking this… thing.”

Han insulting Luke and Leia in the same sentence – “He’s the brains, sweetheart!”

Leia tossing one right back to Han – “Into the garbage chute, flyboy!”

Han to Chewie – “Get in there you big, furry oaf!”

Han to Leia – “Absolutely your Worship…”

Han to Leia – “Look… your Worshipfulness…”

Leia to Chewie – “Will somebody get this big walking carpet out of my way?”