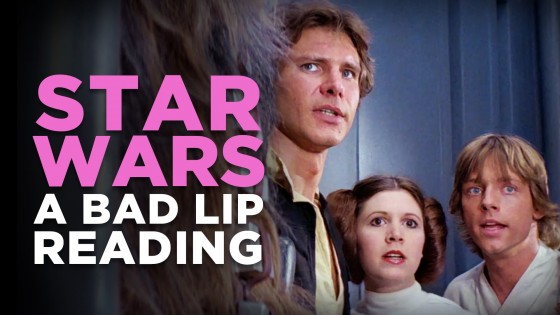 The folks at Bad Lip Reading have taken on the original Star Wars Trilogy and the results are as fantastic as you would imagine. Just in time for the release of The Force Awakens, check out these three hilarious videos :

Yoda believes in the magic of song, while Vader struggles with technology. Bill Hader, Jack Black, and Maya Rudolph guest.